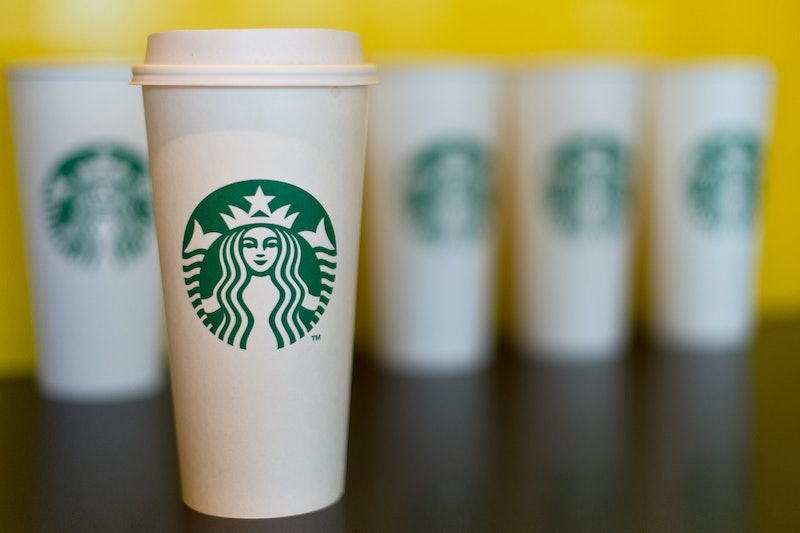 Lately I’ve been reading a lot about how everyone is mourning the demise of Twitter. I’m not totally sure why this is, as Twitter seems much the same to me as it always has — and even better, I just discovered this: Thanks to something called “Tweet a Coffee,” you can now send your best buddy a Starbucks coffee through Twitter. Needless to say, I believe this to be the best use of Twitter ever.

OK, so you can’t tweet an actual coffee at someone; until Wonkavision becomes a reality, someone will still have to go to the store and buy one. But what you can do is tweet a $5 Starbucks eGift card at someone, thus allowing them to walk to their friendly neighborhood Starbucks and redeem it for a coffee on you. Why send someone flowers at work when you could send them coffee instead?

According to Starbucks’ website, here’s the step-by-step of how it works:

And in case you’re skeptical, it does actually work. The Frisky’s Katie Oldenberg recently had a little “oh dear, my debit card information got stolen” incident; luckily her bank’s fraud department was on it and contacted her about it immediately. Her debit card was promptly shut down, stopping the thief in his or her awful little tracks — but unfortunately, Oldenberg’s replacement card won’t arrive for another week, leaving her in the meantime with just her credit card and some spare change. She tweeted a joke the next morning about how badly she was in need of a caffeine fix — and minutes later, she got her very own Starbucks eGift card tweeted to her via her very kind friend.

Want more info? Watch the video below, then head on over to the Starbucks Tweet a Coffee page. Now if only something could be done about that whole "Starbucks can't afford coffee anymore" problem...