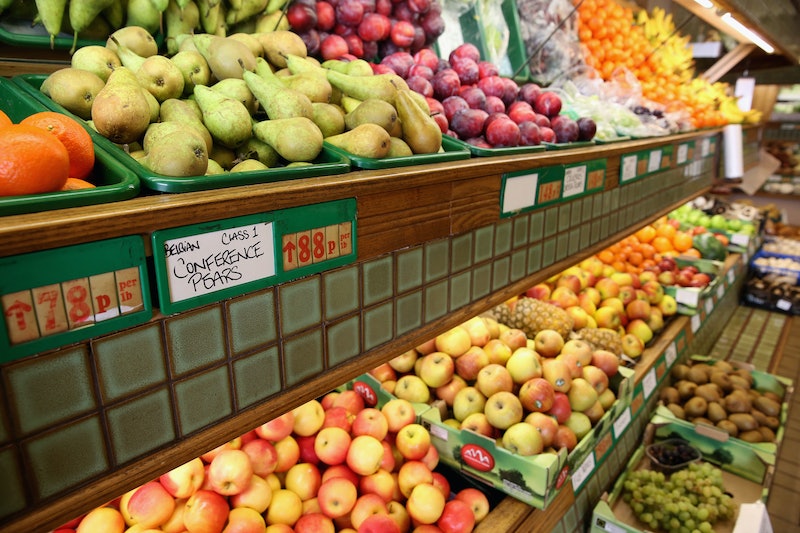 The Environmental Working Group, a research and advocacy organization that concerns itself with issues of toxicity and human health, has released its 2014 "Dirty Dozen," a list of the fruits and vegetables with the most pesticides. It is supposed to guide consumers away from the "dirtiest" produce, and some of your favorites, like strawberries and spinach, are on there.

But how seriously should you take the EWG's recommendations? Is it important for you to choose organic "Dirty Dozen" items from now on, in order to avoid ingesting pesticides? Though providing consumers with additional information is generally a good thing, that doesn't mean that people are always prepared to act rationally in response. The EWG, focused as it is on a very limited set of issues, doesn't explain the relative risks of pesticides to you. It really isn't rational for consumers to begin fretting about whether their apples are organic when they haven't worn their seat belts while driving to the grocery store, and when they still smoke.

As other writers have pointed out in response to the "Dirty Dozen" in the past, the Environmental Working Group is basically playing on people's fears that the government hasn't done a good job of regulating produce safety, perhaps because it's in the pocket of Big Agribusiness. But even if there's reason to doubt the government, that doesn't mean that you should trust just anyone criticizing them instead. The EWG has its own, somewhat sensationalist agenda, and should be scrutinized for that reason as well. The language on its website doesn't distinguish well between produce items containing trace amounts of known-safe pesticides, and those containing relatively large amounts of dubious ones. A more measured, evidence-based approach is required.

Remember, farmers don't put pesticides on their crops just because they want to potentially hurt people. They use pesticides because it dramatically increases crop yields and protects the supply chain from nature to consumers. If demand for organics increases, the supply can only increase a certain amount, and not immediately – meaning the price of organic produce could go needlessly through the roof. What'd be safer then: skipping fruits and vegetables altogether on the off chance that trace amounts of pesticides will kill you before cancer related to a poor diet does? I don't think so.

Here's The Full "Dirty Dozen," From Most To Least Pesticides: