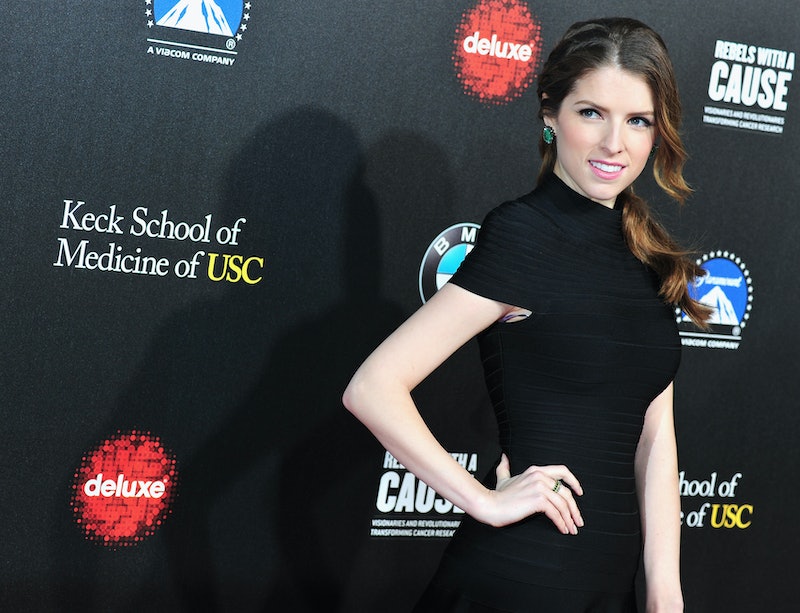 If I had a penny for every time someone made a movie about a reformed hit man, I'd have... well, at least a dollar, right? Apparently that isn't stopping a studio from making yet another one, this time with the insanely talented Anna Kendrick and Sam Rockwell as the leads. According to Deadline, Kendrick and Rockwell will star in the upcoming Mr. Right , a film about a woman who falls in love with a reformed hit man. The couple must fight to stay together even as the man's checkered past threatens to tear them apart.

It might be the least original-sounding project that these two have picked to star in, which is a little disappointing. (Thank God that these two have the acting chops that would make reading the dictionary engaging.) While I haven't read the script and will reserve my complete judgement for the day it hits theaters (okay, let's be honest, the day the trailer goes live online), the concept sounds awfully familiar. In fact, it reminds me a lot of these other films that hit theaters not that long ago. Let's hope that Mr. Right is far better than these five films...

The movie was the first onscreen venture for Cameron Diaz and Tom Cruise since Vanilla Sky , which should have been the first sign that this movie was going to be a critical failure. It starred Cruise as a former secret agent/government killer on the run. Diaz's character is the woman who is both enamored with and terrified of him.

Raise your hand if you remember the last time Katherine Heigl starred in a good movie! (No one? Okay, moving on.) In this one, Ashton Kutcher plays a contract killer who woos a woman (Heigl) who is unaware that his job involves offing people. Can their love trump all of the complications?!

Sure, he's an assassin, but he's also George-freakin'-Clooney. Though it's not a rom-com, Clooney's badass assassin must keep his identity from getting in the way of his relationships with the numerous hot women he encounters in Europe.

There's a twist in this "I-secretly-kill-people-for-money" plot, and that is that BOTH Smiths (Brad Pitt and Angelina Jolie, in case anyone could forget how Brangelina came to be) are professional killers that don't know about the other's job. It takes a toll on their relationship, to say the least.

Also known as one of the most racist films of all time, this Arnold Schwarzenegger film stars the former governor of California as a secret agent who must keep a cover as a salesman in order to protect his wife (Jamie Lee Curtis.) It does not go so well.

Here's hoping Kendrick and Rockwell will bring something unique to this classic tale.

More like this
Lisa Marie Presley Reviewed Baz Luhrmann’s ‘Elvis’ Movie On Twitter
By Grace Wehniainen
Sadly, 'Fantastic Beasts: The Secrets Of Dumbledore' Isn’t Streaming — Yet
By Arya Roshanian
The 'Thor: Love and Thunder' Trailer Finally Shows Christian Bale As Villain Gorr
By Grace Wehniainen
Laura Dern Said “Cultural Awareness” Made Her Rethink This 'Jurassic Park' Fact
By Grace Wehniainen
Get Even More From Bustle — Sign Up For The Newsletter