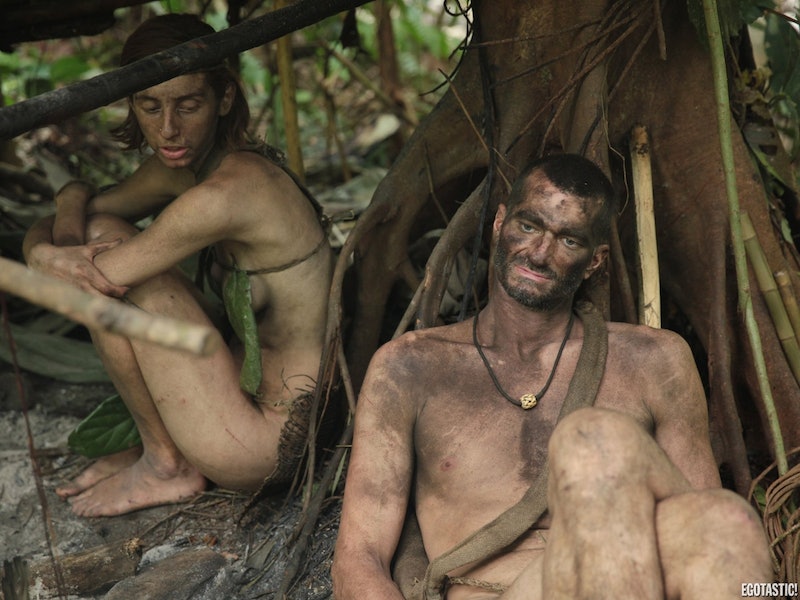 If you're not a fan of pixelated nudity, you're not going to like the newest trend in reality television. After the runaway success of Discovery's Naked and Afraid , many networks have announced that they are considering nudity in a variety of formats. TLC has already decided to give Buying Naked, a reality show about nudists buying property, another season. VH1 has signed off on the first outright naked dating show, called Dating Naked. It seems inevitable that other naked reality series will follow suit, possibly leading to slightly pornographic talent shows or My Strange Addiction: The Naked Truth.

All of these shows blur the full frontal nudity, but leave the behinds exposed, allowing audiences to see a real-life interpretation of the neutered Barbie and Ken. Also, all of the dating and survival-themed programming follows the same pattern: a naked man and a nude-except-for-makeup woman meet on a tropical beach in the first episode, then they go about the tasks of the reality show. On Naked and Afraid, the contestants are chosen for their survival skills, but somehow they still manage to find time for petty fights and obnoxious adherence to gender roles.

And in a naked reality dating show, the gender dynamic and focus on body shaming can only get worse. The contestants on Naked and Afraid are conventionally attractive and white: they've yet to find a "survival enthusiast" who is either of color or a fat woman. Over the course of the show, though, the contestants primarily focus on what their bodies can do, not what they look like, so in that way it promotes some body-positive ideals. But on a nude dating show, the focus would obviously be on the bodies, and they're probably going to adhere to even stricter beauty standards.

Of course, the act of watching two neutered naked people is the ultimate airbrushed but titillating experience: we get to see butts all day long, but the horrors of body hair get blurred into the peach-colored genital pixels. And, of course, shows like Dating Naked will have to decide between heavily-censored sex scenes or a Bacheloresque code of regimented sexual ethics. Both of these things will once again promote the American paradox of fantasized sexuality branded as "real" sexual experience. And that's a problem for reality television.

Although we've seen some great improvements on The Bachelor recently, with contestants like Sharleen exposing the contradictory and bizarre sexual politics of the show, reality television still generally promotes regressive gender and racial stereotypes coupled with impossible beauty standards. And a show formulated around the attraction between two unclothed but blurred gender archetypes is only going to reinforce narrow standards of beauty, which might wipe out any progress reality dating programming has made thus far.

Hopefully Dating Naked and other nude reality shows will just be a fad, like the Survivor spin-offs of the 2000s. But if they're here to stay, the gender progress of reality TV is in trouble.