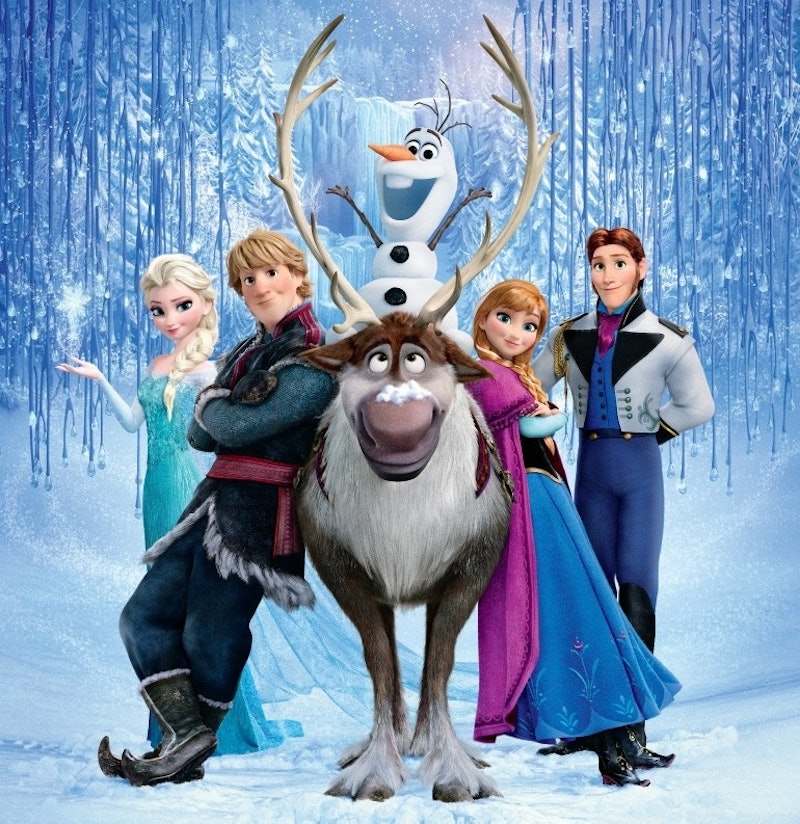 Is it just me or is Frozen the gift that keeps on giving? It came out last Thanksgiving and yet it feels like every day you see posts about the seemingly infinite "Let It Go" covers, endless parodies and mash-ups, and every genre of fan art imaginable. You'd think people would be running out of ways to pay tribute to such an awesome movie, but then last week, a brand new video was released of the storyboard for a cut-from-the-movie song called "Life's Too Short" — which will only add more fuel to the Frozen fire!

Keep in mind, this is the official storyboard, as opposed to the fan-made animatic for the song that came out in March (and was set to an early recording of "Life's Too Short", which does not appear to feature Kristen Bell and Idina Menzel).

A duet between Anna and Elsa, the song seems to take place where the "For the First Time in Forever" reprise now exists in the film. It's got a lighthearted, bouncy feel to it — not unlike "Fixer Upper"— but it takes a dark turn halfway through when Elsa begins to feel that Anna is trying to push her powers back into the proverbial closet, a misunderstanding that culminates in Elsa freezing Anna's heart (as she does in the movie).

It's not a bad song by any stretch, and it has some cute, dancing Olaf to boot, but the tone it strikes is confusing. The fact that it ends in the same way as the "First Time in Forever" reprise is jarring after such a fun number, but maybe that's what the filmmakers were going for. Or maybe I'm just unwilling to accept any song that's not on my well-worn copy of the Frozen soundtrack.

Check it out below and decide for yourself

More like this
10 Eurovision Moments That Celebrate The Weird & Wonderful Camp Extravaganza
By Sam Ramsden
BTS Reveals 'Proof' Will Be 3-CD Album & Here Are The Tracklists
By Grace Wehniainen and Alyssa Lapid
Elizabeth Olsen's Chris Evans Friendship Update Was Accidentally Hilarious
By Grace Wehniainen
Wait, Did Wanda Die In 'Doctor Strange And The Multiverse Of Madness'?
By Arya Roshanian
Get Even More From Bustle — Sign Up For The Newsletter