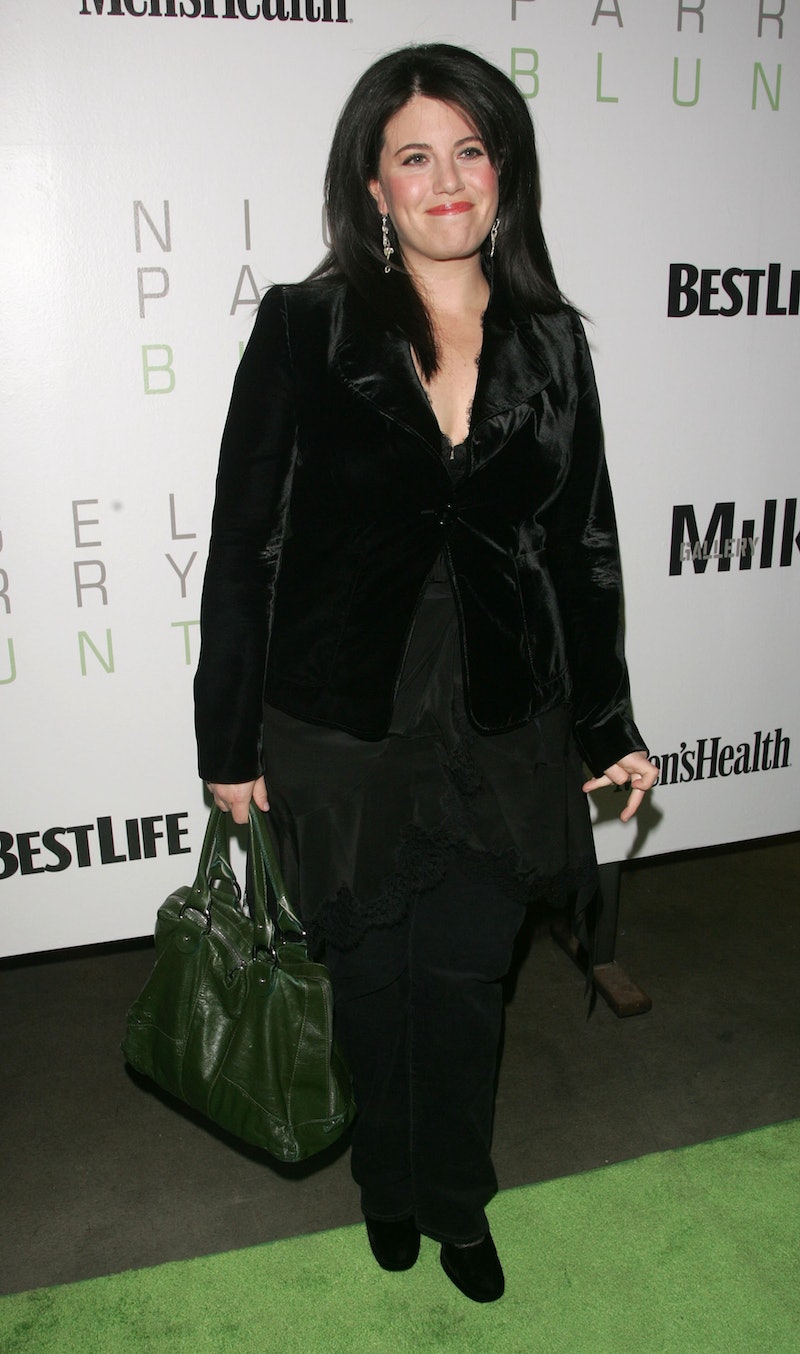 Monica Lewinsky became an international celebrity back in '98 when news broke of her sexual affair with President Bill Clinton. But despite being at the center of a political maelstrom, including the eventual impeachment and acquittal of Clinton, Lewinsky has always remained tight-lipped about the relationship. Now 40 years old, Lewinsky is breaking her silence, writing about her long-ago affair with Clinton in an exclusive piece Lewinsky wrote for Vanity Fair, which hits newsstands May 13.

Vanity Fair has published an excerpt of the article online. Here are five of the biggest revelations:

For nearly two decades, Monica Lewinsky has been a punchline. Her name swiftly turned into a sexual euphemism that has lingered in the collective conscious, referenced everywhere from Woody Allen's Celebrity to Beyonce's most recent hit, "Partition." In fact, in many ways it seems like the "act" of the "Lewinsky" is more known than Lewinsky herself.

But Lewinsky is determined to reclaim her name and forge her own path:

[It's time I stop] tiptoeing around my past—and other people’s futures. I am determined to have a different ending to my story. I’ve decided, finally, to stick my head above the parapet so that I can take back my narrative and give a purpose to my past. (What this will cost me, I will soon find out.)

2. She Was Inspired By Tyler Clementi's Story

Lewinsky was hit hard by the story of Tyler Clementi, an 18-year-old gay Rutgers University student who committed suicide after his college roommate live-streamed a sexual encounter without his consent. Understanding Clementi's depression and humiliation, Lewinsky was inspired to go public:

[M]y own suffering took on a different meaning. Perhaps by sharing my story, I reasoned, I might be able to help others in their darkest moments of humiliation. The question became: How do I find and give a purpose to my past?”

Despite having made some money from book deals and TV interviews — her 1999 sit-down chat with Barbara Walters garnered 70 million viewers — Lewinsky continues to have a difficult time navigating the job market. Although she went back to school and earned a master's degree from the London School of Economics, communications companies keep turning her down:

[B]ecause of what potential employers so tactfully referred to as my ‘history. I was never ‘quite right’ for the position. In some cases, I was right for all the wrong reasons, as in ‘Of course, your job would require you to attend our events.’ And, of course, these would be events at which press would be in attendance.

4. She's Not Happy About Bill

Now that Lewinsky has the ability to tell her own story, it may not be all that sugarcoated. Lewinsky doesn't seem to harbor any all-out contempt for Clinton, but she definitely isn't happy about how the Clinton administration treated her — and she's not afraid to criticize it:

Sure, my boss took advantage of me, but I will always remain firm on this point: it was a consensual relationship. Any ‘abuse’ came in the aftermath, when I was made a scapegoat in order to protect his powerful position. . . . The Clinton administration, the special prosecutor’s minions, the political operatives on both sides of the aisle, and the media were able to brand me. And that brand stuck, in part because it was imbued with power.

5. She Has No Feelings About Hillary...Yet

Because it's no secret knowledge that Hillary will be running for president in 2016, it's surprising that Lewinsky has yet to say anything about the possible future president. (Will she vote for her? Will she smear her?) However, the full Vanity Fair piece doesn't come out for a few more days, so we'll just have to wait and see.

More like this
Iran Has Issued A Death Sentence Over Mahsa Amini Protests
By Catharina Cheung, Darshita Goyal and Maxine Harrison
Joe Lycett Just Took HIs David Beckham Qatar Protest To A Whole New Level
By Sophie McEvoy
Many Skin-Care Actives Degrade By 40% Within 8 Weeks — This Innovative Company Is Fixing That
By Lauren Moison
You Can Get Up To 50% Off This Iconic Beauty Brands Celebs Love
By BDG Commerce
Get Even More From Bustle — Sign Up For The Newsletter