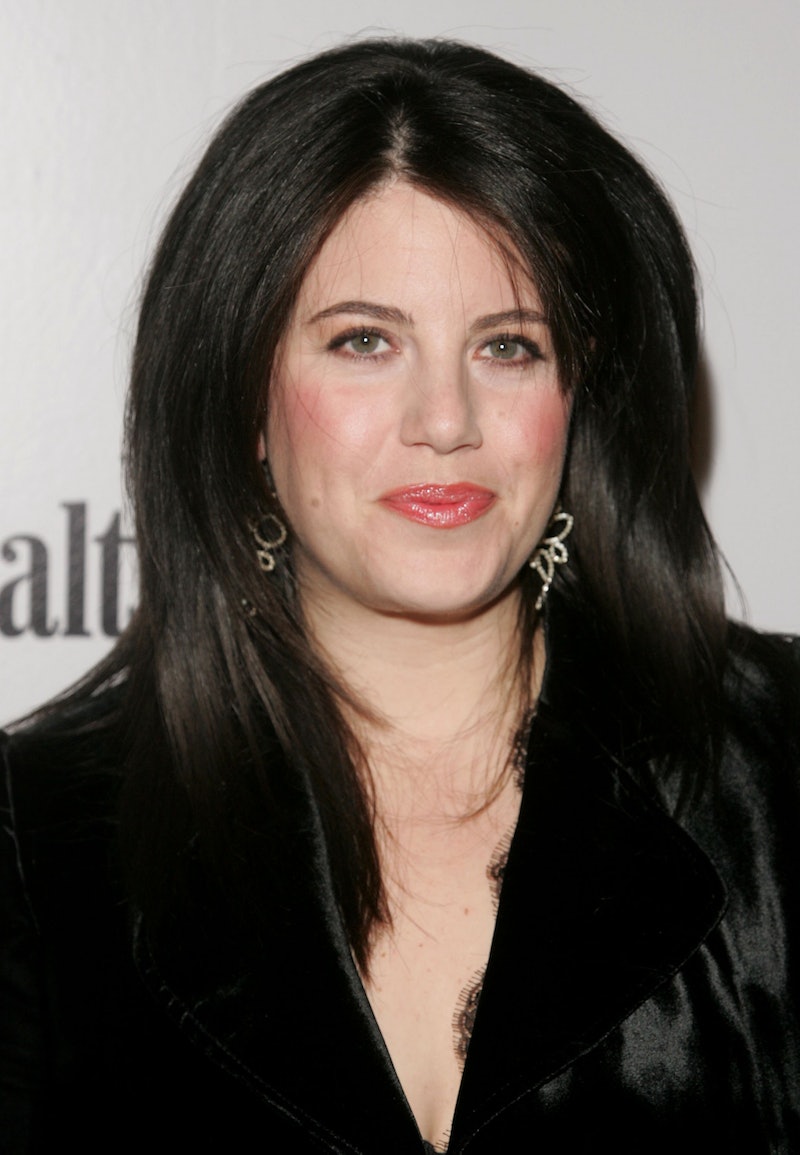 From Marilyn Monroe to Monica Lewinsky to V. Stiviano, American culture has long been fascinated with the extra-marital affairs of its most powerful men. In 1962, a saucy performance of “Happy Birthday, Mr. President” led to a frenzy of speculation that President John F. Kennedy was romantically involved with actress Marilyn Monroe. 40 years later, the rumors of an illicit relationship between the two has yet to be confirmed, but the legend of the affair endures nonetheless. But while the pair's alleged dalliance was imbued with glamour and intrigue, more recent mistresses of powerful men haven’t been so lucky — today's media routinely slut shames these women, labeling them as sleazy, promiscuous, and deserving of reproach.

Once a fresh-faced intern who had an affair with President Bill Clinton, Monica Lewinsky is now 40 years old, has a master’s degree in psychology, and is through “tiptoeing around her past, and other people’s futures," she writes in a new essay for Vanity Fair titled “Shame and Survival.” Lewinsky describes how the affair with Clinton made her life a living hell — she wasn’t able to find a job and she faced constant attacks on her reputation. She vehemently denies charges that Clinton abused his power to coerce her into a relationship, saying that the real abuse came later when political operatives and the media, and specifically the Internet, got involved.

“Sure, my boss took advantage of me, but I will always remain firm on this point: it was a consensual relationship. Any ‘abuse’ came in the aftermath, when I was made a scapegoat in order to protect his powerful position. The Clinton administration, the special prosecutor’s minions, the political operatives on both sides of the aisle, and the media were able to brand me. And that brand stuck, in part because it was imbued with power,” she writes.

And a major player in initiating and perpetuating that cycle of abuse? The Internet. “Thanks to the Drudge Report, I was also possibly the first person whose global humiliation was driven by the Internet,” she said. And it’s true — Matt Drudge first made his conservative gossip and news site famous by being the first to report the Lewinsky story on January 17, 1998. Perhaps if the worldwide web (and all its concomitant snarking and toxicity) had been around in Monroe's day, her alleged affairs with JFK would've been discussed and viewed in a different light by the public.

As the media and its various outlets evolved, so did its coverage of the affairs of political figures and their “other women.” In 2007, The National Enquirer reported that former presidential candidate John Edwards was having an affair with an unnamed campaign staffer, and covered the scandal extensively, both in print and online. They later published a photo of a pregnant Rielle Hunter, identifying her as Edwards’ mistress. Edwards admitted to being the father of Hunter’s daughter Quinn, and faced federal prosecution over spending campaign funds on the affair.

Sure, Edwards did not escape unscathed, but Rielle Hunter took the brunt of the character attacks. In 2012, Andrew Young, a former Edwards campaign aide, told a jury that Edwards called Hunter a “crazy slut” when he found out she was pregnant. This, of course, began an onslaught of slut-shaming — everyone from anonymous Internet commenters to prominent media figures helped push the “crazy slut” narrative into the forefront of the 24-hour news cycle. On The View, Elisabeth Hasselback told Hunter to “put some pants on, something decent.” A Slate columnist called Hunter an “amoral sex kitten.” Comments on news articles were far worse, some including threats. Gossip rags even dug up the fact that her father had been involved in a horse insurance fraud scheme in which he killed her beloved show horse for cash.

In 2008, Ashley Dupre became notorious as a “high class whore” after it was revealed that then-New York governor Eliot Spitzer had patronized her escort service and spent public funds on parties with sex workers and strippers. Even after the scandal died down, when Dupre jumped back into the media to promote her fledgling media career, the media attacked. One Gawker headline read "Ashley Dupre Prostitutes Herself For Music Career Publicity," then proceeded to call Dupre "trashy" and talentless.

TMZ, which started as a Hollywood gossip site, reported on the affairs of South Carolina governor Mark Sanford, and former congressman and New York City mayoral candidate Anthony Weiner. Sydney Leathers, the recipient of Anthony Weiner’s awkward nude selfies, was called a “fame whore,” in addition to the brutal slut-shaming she experienced after deciding to become an adult film actress. While discussing the career move with the DC-based radio show The Junkies, shock jock Jason Bishop told Leathers that she should just make a porn video with her father, and then told her to "get over it" when she took offense.

Leathers actually defended herself against slut-shaming in an interview with Sean Hannity, of all people. “I don’t think there’s a problem with women being open about their sexuality. It turns into slut shaming the second women are open and honest with their sexuality.”

The trend of the media publicly flogging these women's character continues today. V. Stiviano, the mistress of racist L.A. Clippers owner Donald Sterling, made headlines for allegedly releasing a tape of Sterling’s racist remarks. Since the tape went public, Stiviano has been the target of all kinds of shaming, and has been called everything from a golddigger to a “conniving mistress.” At USA Today, Josh Peter went to great lengths to build a “Barbie” stereotype of Stiviano, making it clear that she is someone who is only interested in getting expensive gifts and hanging out with celebrities. The Daily Mail claims that the "V. Stiviano camp" released the tape of Sterling as revenge for a lawsuit filed by Sterling's wife that sought return of property given to Stiviano by Sterling. On The Talk, Wilson Phillips singer Carnie Wilson said that Stiviano looked like a man, adding transphobia to this stew of slut-shaming.

There is no returning to a “normal” life for Monica Lewinsky, Rielle Hunter, Sydney Leathers, or Ashley Dupre. Every move they make, from having a child to getting married, will be up for discussion by the media. And if their stories are any indication, the reproachful coverage of their behavior will only grow more and more pervasive and vicious as the media evolves in all its forms.

More like this
10 Times Diana & Meghan Spoke Similarly On The Royal Family
By Sophie McEvoy
How To Protect Your Digital Privacy If You Need An Abortion Post Roe v. Wade
By Kaitlyn Wylde
Starbucks' Summer Menu Includes A New Chocolate Cream Cold Brew
By Emma Garza
Photos Of Boris Johnson Drinking At A Downing Street Lockdown Party Have Surfaced
By Bustle UK
Get Even More From Bustle — Sign Up For The Newsletter