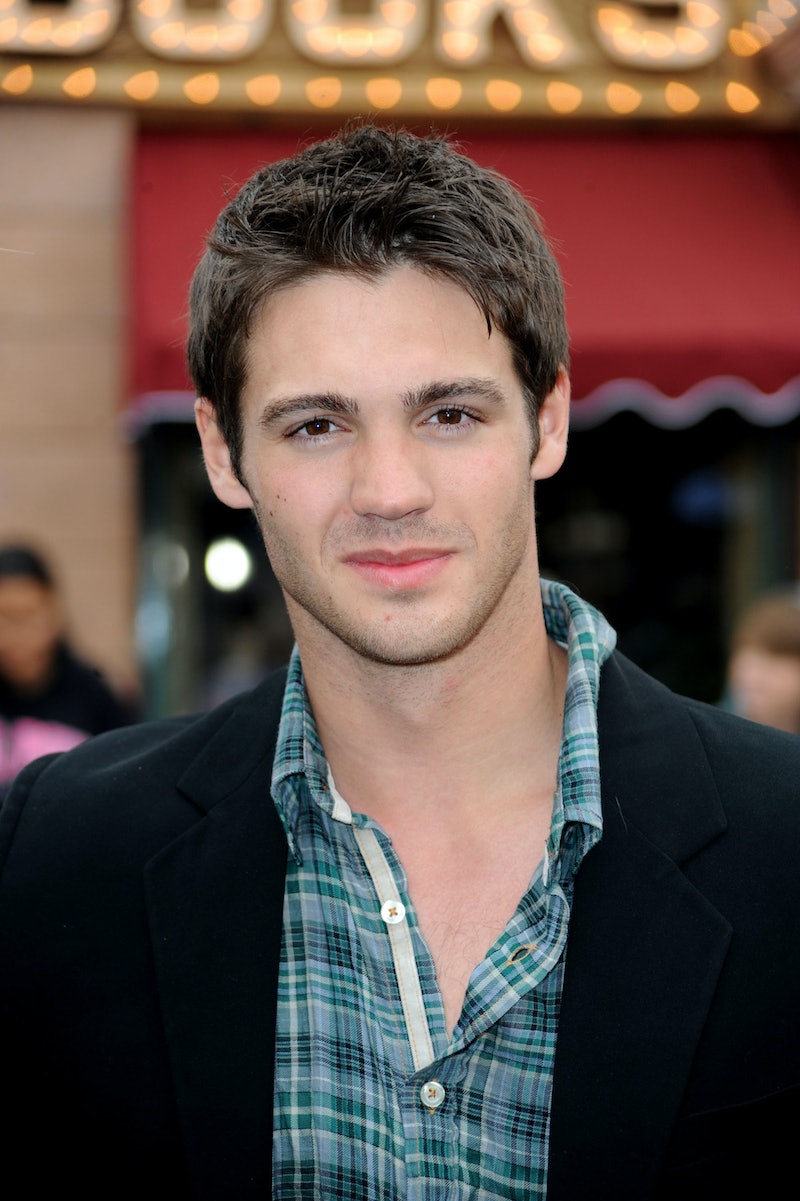 Jeremy Gilbert has certainly grown up over the last five seasons of The Vampire Diaries, and while Jeremy has quickly become one of our favorite characters to watch on the hit CW drama, you may not know quite as much about the actor who plays the hunter. Sure, actor Steven R. McQueen slays it every week on The Vampire Diaries (ha, so many vampire puns) but what was this guy's history before making it big on the supernatural show? And, just as importantly, does McQueen have a girlfriend? Let's explore.

Let's start with some fun facts about Steven's family history, shall we? If his name sounds familiar, it should — he's named after his grandfather, actor Steve McQueen, whom you may know from classics like The Thomas Crown Affair and The Great Escape. (Fun fact: According to his IMDb page, Steven is actually Steven R. McQueen's middle name — he was born Terrence Steven McQueen, and the "R" is for his mother's last name, Robitialle.)

Another weird fact about Steven's family tree? Steven also happens to be related to the one and only Enrique Iglesias. How? His grandmother, actress Neile Adams, is the niece of Iglesias' mother socialite Isabel Preysler, making Steven and Enrique second cousins. It's official: McQueen is Hollywood royalty.

Not that he didn't have a successful career prior to The Vampire Diaries in his own right. Though his role as Elena's little brother on The Vampire Diaries may be his most memorable role to date, the actor had a recurring role on Everwood (look how young he is in the video above) and had guest spots on shows like Without A Trace, Numb3rs, and CSI: Miami. He had a role in the Disney Channel movie Minutemen and the less-kid-friendly horror flick Piranha: 3D. Of course, it was the role on The Vampire Diaries that really made people stand up and take notice.

Okay, okay: now on to the good stuff. It's hard not to fall in love with Jeremy on The Vampire Diaries (as much as we love Damon and Stefan, they're not nearly as stable as good ole' Jer-Bear) so it's only natural that we wonder who won this guy over in real life. Jeremy — err, McQueen — has dated several celebrities. He dated Baby Momma actress Chelsea Kane for almost a year before they split in 2010. After that, he allegedly dated his TVD costar Candice Accola before moving on to TVD production assistant Hillary Harley. No word on when these two broke up, but it seems that they did, because earlier this year, McQueen was spotted out with a different blonde, Dylan Penn, daughter of Sean Penn and former (rumored) girlfriend of Robert Pattinson. There's no word on whether these two are officially "together," "just friends," or anything in between, but the two did go to dinner with Dylan's dad after the premiere of The Secret Life of Walter Mitty. Draw your own conclusions.

You can check out Jeremy Gilbert (come on, we know you do) tonight on The Vampire Diaries.