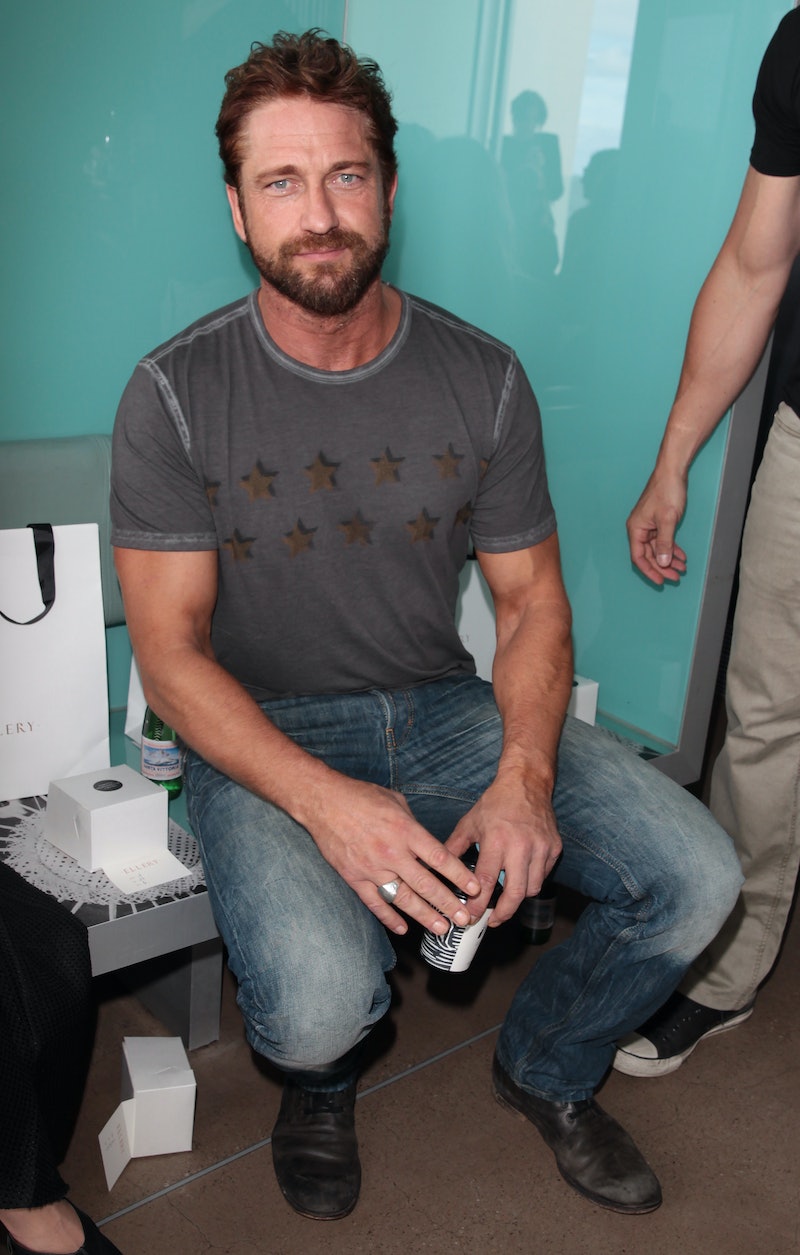 Looks like the long in-development remake of Point Break is hitting another speed bump — or should we say wave? — in the production process. Point Break has lost Gerard Butler, who has dropped out of the project. But who will play Patrick Swayze now???

In grand Hollywood tradition it would have been impossible to leave the original alone — it was, after all, directed by Kathryn Bigelow and starred Swayze and Keanu Reeves. This new one was set to star Butler as Swayze's old role of Bodhi, the charismatic leader of a gang of surfers. Australian actor Luke Bracey is set to play Keanu Reeve's role of FBI agent Johnny Utah.

Alas, at least have of this equation was not meant to be: Olympus Has Fallen's sequel London Has Fallen has a shooting schedule that conflicts with Point Break's. You're breaking the surferdudes' hearts, Gerard!

The film appears to be continuing on despite the loss of Butler, and are reportedly planning to start filming on time. Still, without a big name like Butler's attached, you have to wonder what will become f the remake — will it form its own cult audience? Or will it go the way of the Fame and Footloose remakes, and be largely forgotten save for the lone Netflix subscribers desperately searching for something to comfort them on a Saturday night?