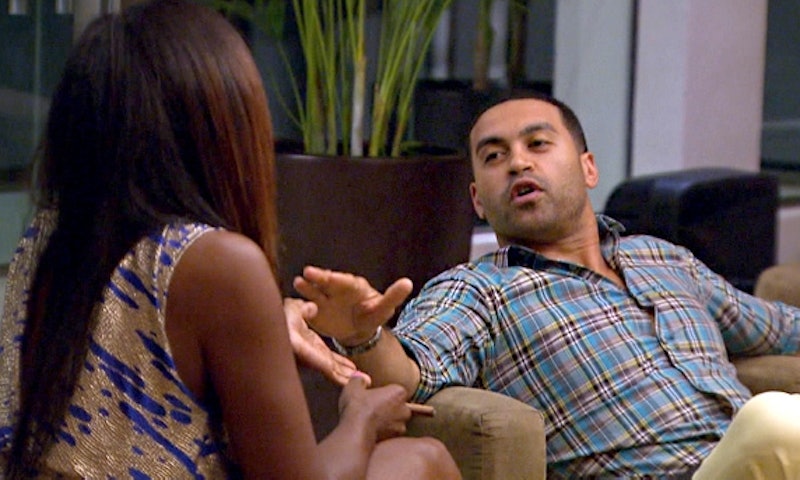 Following in the footsteps of Teresa and Joe Giudice before him, Real Housewives of Atlanta's Apollo Nida has pleaded guilty to fraud. According to reports, Nida, the husband of RHOA star Phaedra Parks, submitted his guilty plea in a U.S. District Court in Georgia on May 6. Nida was arrested back in January for bank fraud and identity theft at which point he was said to have created fake debt collection agencies. On Tuesday, Nida pleaded guilty to conspiracy to commit wire, mail, and bank fraud. His charges are allegedly linked to a massive scheme worth $2.3 million and in which 50 identities were stolen over four years.

Nida, who previously was in prison from 2004 until 2009 for charges connected to auto fraud, faces up to 30 years in prison and a fine of up to $1 million as well as restitution according to the Atlanta Journal Constitution. Nida's attorney is said to have made it clear that Parks was not involved in the scheme. He will be sentenced in July.

This defendant participated in a sweeping fraud scheme that exploited many segments of the financial system, including phony claims submitted to federal and state agencies, loans secured by vehicles, and even basic identity theft associated with stolen checks," United States Attorney Sally Quillian Yates said in a statement.

If Nida and the Giudices can teach us anything — well, for one, don't participate in fraud especially if you're going to be on a high-profile reality show. But also, that we shouldn't be surprised if there is more Real Housewives-related fraud to come. The Real Housewives franchise is full of wealthy people who just want more and more, and the ways that they got their money in the first place are often unclear. There are always tons of business ventures — wines, toasters ovens, and exercise videos, to name a few — so it could be a trend that both the new businesses and the fact that these people are being paid to be on the show in the first place, are cover-ups and ways to get some legit money to go along with the fraudulent stuff. In court, Nida said that he felt pressure to "sustain a lifestyle" appropriate for the show and claims he "got sucked in and engulfed and lost sight of things."

So far there have been three Real Housewives personalities found guilty of fraud after flaunting their wealth on TV. If you're willing to show off your wealth on reality TV, there seems to be a good chance you didn't get that wealth (or keep the wealth) through typical means. Don't be shocked if there are more guilty pleas to come.

More like this
What Is 'Pretty Wild' Star Tess Taylor Up To Now?
By Morgan Leigh Davies
Where Is Armie Hammer’s Ex-Wife Elizabeth Chambers Now After 'House Of Hammer'?
By Grace Wehniainen and Radhika Menon
After The Bling Ring, Nick Prugo Was Embroiled In Another Scandal
By Arya Roshanian
Where Is Lionel Dahmer Today? Jeffrey Dahmer’s Father Reflected On The Serial Killer’s Death In 2020
By Brad Witter
Get Even More From Bustle — Sign Up For The Newsletter