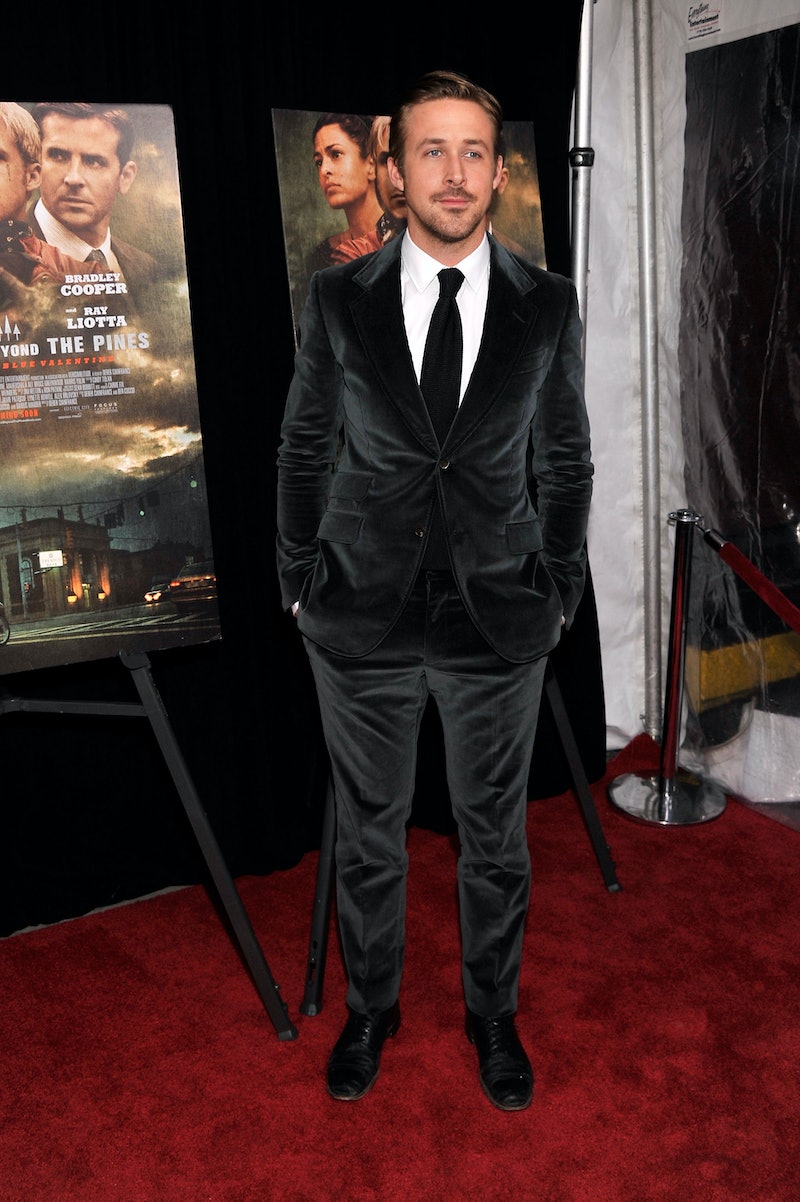 Aside from pants, I haven't shopped in the women's section for years — I hate the way most women's clothes, like shirts, fit me and would rather sport an oversized GAP boys' button-up (I may or may not have five in the same color) than wear something that even slightly shows off a curve. You can feel just as feminine and pretty while wearing men's clothing or accessories as you would wearing women's clothes — there's a definite air of understated sexiness when a woman slips on a men's shirt or wears a men's watch for the day.

Men's clothing, like shirts, often look different because of subtle cut and fit variations. It's more linear, while women's pieces, naturally, follow a curvier silhouette. Yet, the straighter qualities of men's clothing can sometimes be beneficial in terms of slimming and lengthening a look. Hence, this is why I've been pilfering my father's shirts since high school.

Men's accessories are a great outfit complement as well, especially if you aren't into bright colors (I honestly think I'm allergic to pastels). They tend to use more earthy tones and subdued hues, lending to a classic look.

On that note, here are five guys items I highly recommend adding to your closet immediately.

I'm not ashamed to admit it: I'm flat. My lower body (read: butt) is larger than my upper body, and men's shirts help me even out the proportions. Instead of women's button-up shirts, which cinch the waist and accentuate the fact that I am a 2x4 on top and a 9x9 on the bottom, the straight line of a men's button-up gives the illusion of evenness between my chest, waist, and derrière.

Emmanuelle Alt, the Editor-in-Chief of French Vogue, is my main source of inspo for this genius trick. Alt, the epitome of Parisian cool and nonchalance, is constantly swarmed by a mosh pit of street style photographers who want to get a snap of the exquisite way she wears a dude's shirt.

Pro tip: Rocking a men's shirt is all about the art of the tuck. Personally, I prefer a loose front tuck, just like that beautiful bearded man in the photo above.

The loose men's tee is the ultimate "I woke up like this" staple. It's minimalist, sleek, and looks killer when half-tucked into a pair of skinny jeans and paired with heels. If you work in a more professional setting, throw on a blazer and you are good to go.

Clean face, cool band — a men's watch is a definite must have. Men's watches often tend to have a thicker band and follow a more subtle color tone, which makes them a statement piece that doesn't feel too overbearing.

Men's blazers usually run a bit longer length-wise than women's blazers, tending to hit below the hips. This is great if you want to even out your proportions (me, again!) but still want a tailored, professional look.

No, I'm not just mentioning this men's item because the guy modeling the skivvies above has killer abs. Boxer briefs are perfect for around the house (I have about five packs) because they feel comfy like underwear but, when your 65-year-old landlord busts into your apartment unannounced, you won't feel nearly as awkward as if you were lounging around in your bikini hipsters.

More like this
Here Are All 703 Outfits Rachel Wore On Friends
By Kat George
This Scandi Beauty Brand Is Basically Hygge In A Bottle
By Justine Knight
4 Chic Outfits To Wear With Loafers, According To A Fashion Editor
By Bella Gerard
Givenchy’s Shark Lock Boots Are Having A Major Moment Again
By Allie Fasanella
Get Even More From Bustle — Sign Up For The Newsletter