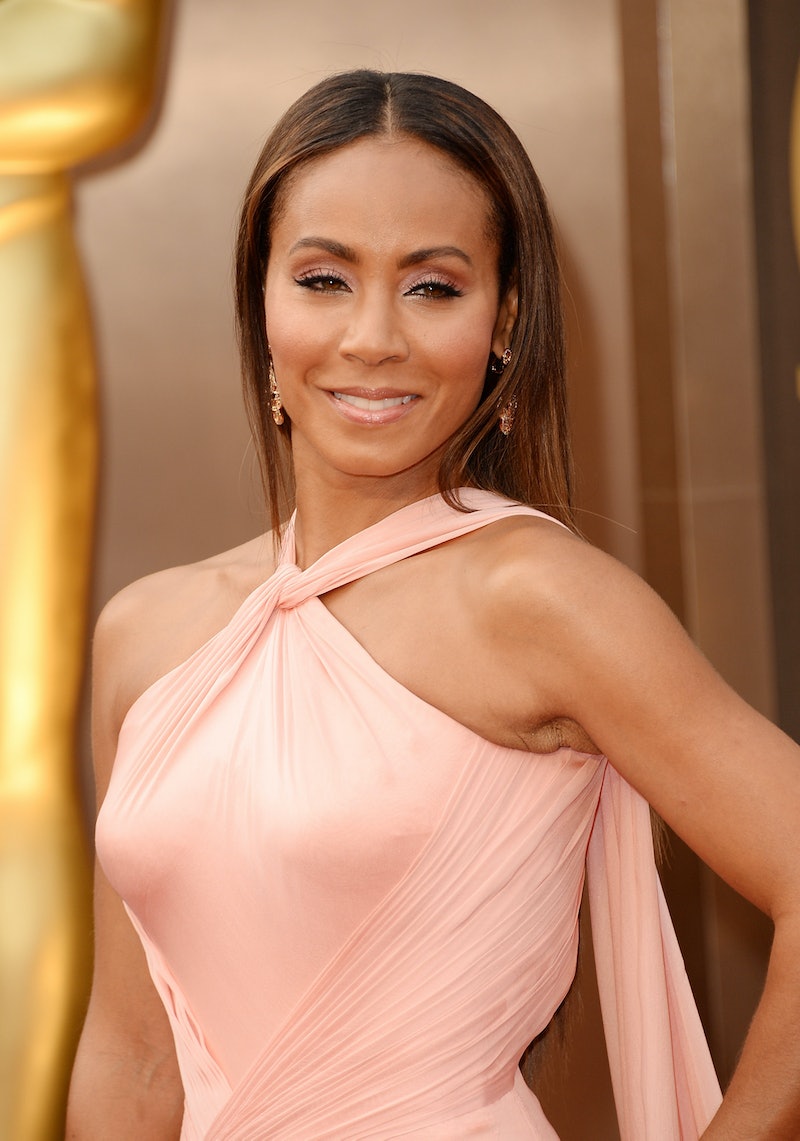 Willow Smith's mom, Jada Pinkett-Smith, finally gave a public reaction to the controversial photo of Smith that was posted on Instagram. The picture depicts the 13-year-old singer reclining on a bed, while 20-year-old former Hannah Montana actor Moises Arias sits shirtless behind her. After public outcry about the photo, Arias deleted the image from his Instagram account.

But Pinkett-Smith wasn't angry with her daughter — she was angry with the press.

Here's the deal: there was nothing sexual about that picture or that situation. You guys are projecting your trash onto it. You're acting like covert pedophiles and that's not cool.

The media had responded to the photo mainly expressing concern for Smith, falling back on the cliche that Hollywood was causing her to grow up too fast. And on social media, many blamed Smith's parents, or suggested that she needed to be punished:

There's no possible way that people could understand what's going on from a simple photo, but Smith herself doesn't seem to be taking any sort of action in the scene. She's simply sitting on a bed, fully clothed — she doesn't even seem to be touching Arias.

So to some extent, Pinkett-Smith is right. The scandal doesn't lie in Willow Smith's actions, but in the conjectures we immediately make upon seeing the photo, when it's impossible to know what was really happening there. The simple fact that Smith is even sitting near a shirtless adult man is enough to have people pointing fingers at Smith and her parents, and that's not helpful to anyone involved. Many were quick to jump to conclusions that it's Smith that needs punitive action from her parents, but the only person actively participating in possibly inappropriate behavior is Arias.

But it's not just the media who are to blame — as with most things, the media serves as a reflection of sentiments that are already embedded in our culture. The sexualization of women starts younger and younger, and there are examples of young girls being made objects of adult male gaze throughout our culture, from Bratz dolls to Disney stars, dating back as far as the infamous 1970's Love's Baby Soft ad and possibly even earlier.

So not only is a young woman the center of a controversy because of her perceived sexuality, which is confusing enough for a teenage girl to begin with, but it's not even her actions that have caused this reaction, simply her perceived association with a man. Yes, there's certainly a lesson to be learned here about posting personal photos on social media, especially photos involving other people's children and beds. But first, we need to stop calling for action from Willow's parents and start asking why this photo is scandalous to begin with. Why are we so eager to make the assumption that Smith was engaging in adult behavior? Is the scandal here found in the photo or in the conclusions we draw based on our own perceptions?

More like this
Beyoncé & Madonna’s “Break My Soul” Remix Honors A Group Of Black Icons
By Stephanie Topacio Long
Jennifer Coolidge Needs 'Legally Blonde 3' To Happen So She Stops Getting Hot Dog Jokes
By Jake Viswanath
Amanda Matta Isn't Afraid To Spill Royal Family Tea On TikTok
By Hayley Schueneman
It’s Official: The Bachelorette Is No Longer A Fairy Tale
By Samantha Allen
Get Even More From Bustle — Sign Up For The Newsletter