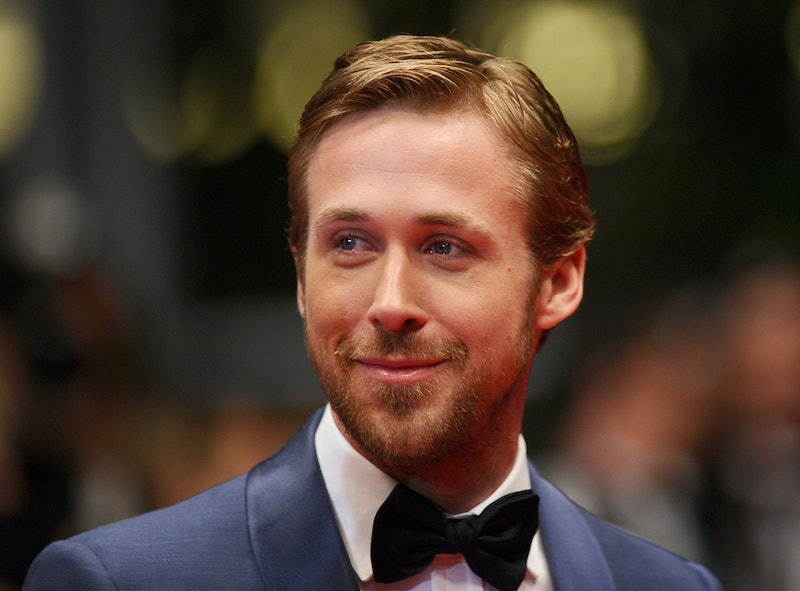 The Place Beyond the Pines was the best movie of 2012. Sure, Argo was thrilling and timely and well-acted, and Silver Linings Playbook was the catalyst for Jennifer Lawrence's much-deserved Oscar win. And although it didn't bring in the big box office numbers or receive the critical acclaim of its colleagues, Derek Cianfrance's Place Beyond the Pines was the year's most perfect movie. And now, the film's star, Ryan Gosling, is attempting his directorial debut with Lost River, a film that looks like the long lost cousin of Pines.

The Place Beyond the Pines is a story in three parts: Beginning with motorcycle stuntman (Gosling) who robs banks to provide for his newly discovered child and his child's mother. The story progresses to encompass the police officer who tracks the stuntman (Bradley Cooper), and then finally lands in the world of the stuntman's now teenaged son (The Amazing Spider-Man's Dane DeHaan). It's a story that plays with fate, familial lineage, artistic angles, gorgeous landscapes and phenomenal performances by its actors. Gosling's Lost River, which released it's first photos Thursday, could have all the successful trimmings of it's Pines predecessor, and here's why.

1. It Boasts A Very Similar Cast

Unsurprisingly, Gosling has cast his girlfriend Eva Mendez as Lost River's female lead. The actress also starred as the single mother of Gosling's child in Pines, and was sought for the role after Gosling suggested her to director Derek Cianfrance.

Another familar face is Ben Mendelsohn, who played Gosling's trailer park mentor in Pines. The actor is set to take on the role of Dave in Gosling's directorial debut.

And while Mad Men's Christina Hendricks didn't star with Gosling in Pines, she did share screen time with the actor in Drive, 2011's Nicolas Winding Refn offering, proving that Gosling clearly has a pool of favorite actors he's choosing from to fill his film's playbook.

2. The Plots are Strangely Similar

According to IMDB, the truncated plot synopsis for Lost River is: "A single mother is swept into a dark underworld, while her teenage son discovers a road that leads him to a secret underwater town."

While Pines certainly can't crow an underwater town, it does deal heavily with the dynamics of a lost son finding his way, a single mother struggling to cope. Gosling penned the screenplay himself, so it's no surprise these familiar tropes influenced his writing.

3. It Employs A Similar Location

Place Beyond the Pines was shot in Schenectady, New York. It focused on a lower-income, blended family juxtaposed to a family with wealth and political power. It felt real, approachable, and gritty. Similarly, Gosling was adamant about shooting Lost River in notoriously poverty-stricken Detroit, and spoke at length about the city.

"It's not until I had the opportunity to work on The Ides of March that I was introduced to Detroit, a place that is currently living on the border of those two realities. Although I was only there for a few days I couldn't help but be affected by the city. It was on the verge of declaring bankruptcy. There were forty miles of abandoned neighborhoods and, within pockets of those neighborhoods, there were parents trying to raise their children on streets where houses were being burned and torn down around them. Detroit was the birthplace of the Model T, Motown and the middle class. It was, at one time, a postcard for the American Dream but now, for the families in these neighborhoods, the dream has become a nightmare. Having said that, there is still a lot of hope there. There is something very inspiring about the consciousness in Detroit. What it once was and will be again is still very much alive. I knew I had to make something there."

4. The tone and style mirrors Pines (and Drive & Only God Forgives)

Gosling admits to being heavily influenced with two directors he's worked with in the past: Only God Forgives and Drive's Nicolas Winding Refn and of course, Pines' Derek Cianfrance. "This film was, in a lot ways, a gift from the directors I've been working with over the last few years. I've gone between acting in films completely based in reality with Derek Cianfrance to the fevered dreams of Nicolas Winding Refn. I think I've vacillated between these two extremes because my own sensibilities as a filmmaker lay somewhere in-between," he said.

And just from the first photos of the film, this influence is immediately discernable. Take the photo of Mendez, a close up that could easily been a still ripped from Only God Forgives.

Now compare the composition of these two photos, the first from Lost River, the second from Pines.

The similarities are undeniable, but we don't for a moment see this as a negative thing. While sitting through Only God Forgives was like spending two hours in Hell, the film's esthetic was unique, enjoyable even. And we trust a movie about mother and son dynamics will have slightly less appendages being sliced off with swords than Forgives. Gosling has been shepherded by two of the most unique, risk-taking directors in Hollywood, and with the audience Gosling's name will likely bring, we can only expect good things from his directorial debut.