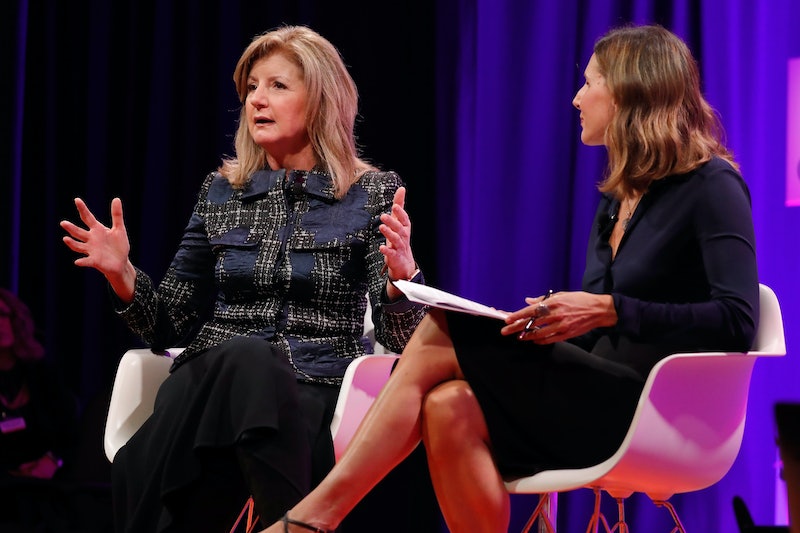 Let's say you're a woman in the corporate world, and you've spent years working your way to the top, probably dealing with all sorts of challenges, including a decent amount of sexism, along the way. But at long last, you make it, you become the CEO – and then you get fired. Unfortunately, it's not that unlikely of a scenario; a new report from Strategy&, a global strategy firm, says that women CEOs are more likely to get fired than their male counterparts. So that's encouraging.

The report is absolutely chock-full of delightful tidbits, such as the fact that only three percent of incoming CEOs in 2013 were women, or the fact that it's probably going to take until 2040 before women make up even a third of incoming CEOs. That's right, we shouldn't even bother to hope for CEOs positions will be gender-equal in the next 26 years.

But perhaps the most irritating statistic is the fact that women are 10 percent more likely to be fired from CEO positions than male CEOs. Because ultimately it doesn't matter how many incoming CEOs are women if those women don't stay in their jobs very long. So why are women more likely to fired?

Well, shockingly enough, it's not because they're less competent. One factor seems to be the fact that women CEOs are more likely to be hired from outside the company rather than promoted to CEO from within, and executives that are brought in from the outside are more likely to be fired regardless of gender. But even more significantly, women face what's called the "glass cliff." Essentially, companies are more likely to hire a woman CEO when the company is facing some sort of crisis. Since it's hard to fix a crisis under the best of circumstances, let alone when you've been brought on in the middle of it, possibly from another company entirely, it's understandable many of these women fail to solve everything — but they are often fired anyway.

It's unclear why exactly women are brought on under these sorts of crisis circumstances. If we're giving companies the benefit of the doubt, they could sincerely want to shake things up and look for different management styles than the ones that got them in trouble in the first place —after all, they are also more likely to hire a CEO of color, either male or female, in a crisis situations, too. It could also be that companies know any CEO brought on in a crisis is likely to fail and are more comfortable, therefore, hiring a white woman or person of color. In other words, people who are not white men are being set up to fail.

Or, even more insidiously, maybe companies feel that it just makes more sense for white women, women of color, or men of color to clean up their mess.

There's really no way to know what the rationale for these things might be, but, whatever the rationale, it means that white men are probably going to be dominating CEO jobs for a long time to come. So having waiting everyone. This one's going to take a while.