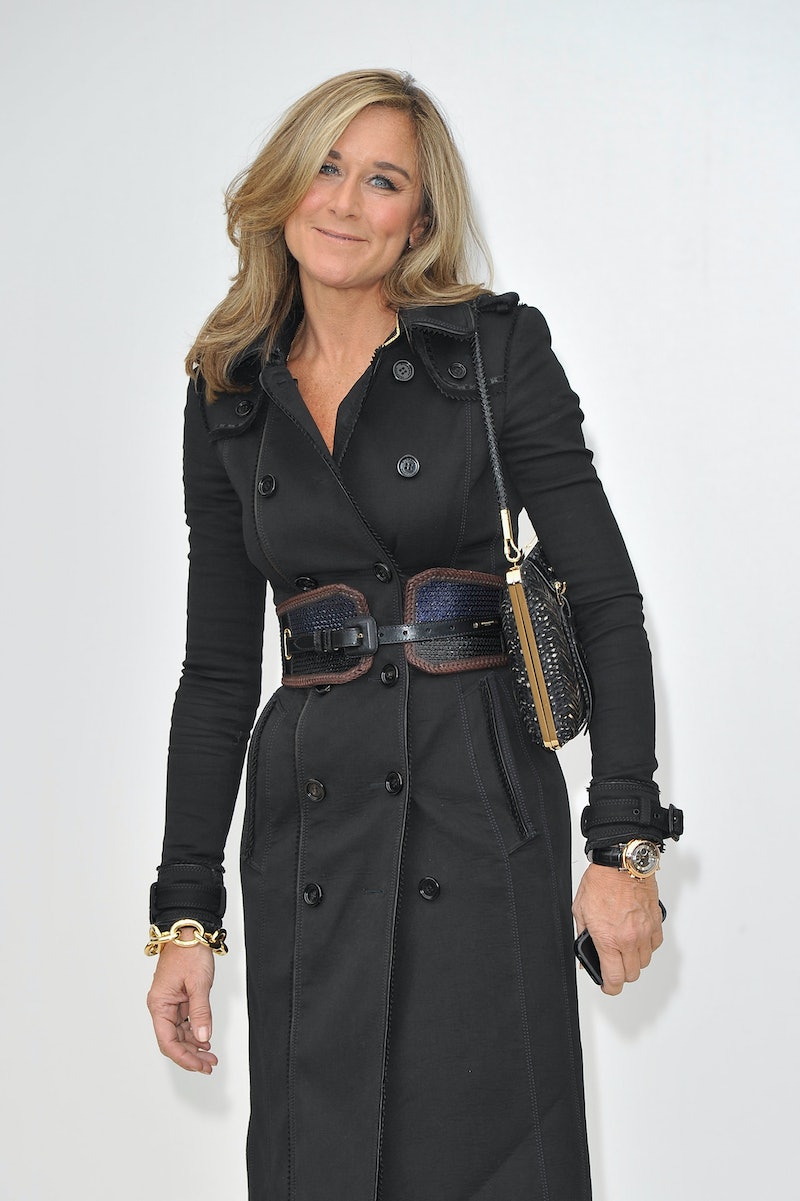 Angela Ahrendts, the chief executive of fashion house Burberry, became the highest paid person in Britain’s corporate sphere last year. Her total pay package, which included base pay, shares sold, benefits and bonuses, totaled £16.9m, or $26.3, as reported by The Guardian. (That's a lot, in case you're keeping score. We are.)

Though Ahrendts tops the bluechip FTSE 100 list (an index which provides information on the performance of UK companies,) only two other female chief executives join her–and she's the only one making an appearance from the fashion world. Alison Cooper of Imperial Tobacco, and Carolyn McCall of easyJet are the other two, indicating women make up only 3 percent of the highest paid executives in Britain.

Ahrendts herself has said that a man could do her job, and verbally opposes Britain’s move to bring more women to the top to fill a quota. While quotas may not be important to Ahrendts, who is already topping out personally, it’s important to note the significance of her placement on the list, while not allowing it to cause complacency.

Her earnings do much to bring attention to the disparity in pay between the sexes (and especially today, on the 50th anniversary of the Equal Pay Act). In Britain, there exists a 15 percent pay gap; in the U.S. women earn on average 77 cents to every dollar a man earns. The National Partnership for Women & Families has created a map analyzing census data of the wage gap, which can be seen here.