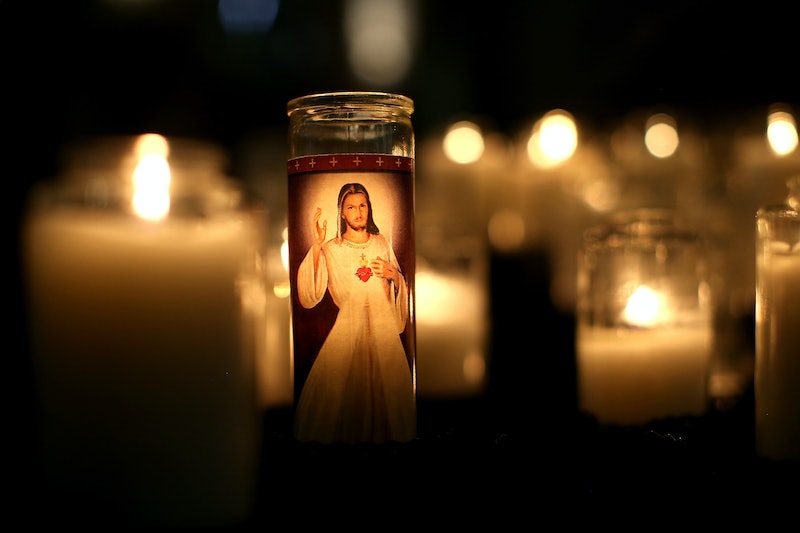 I'm not one to dismiss the possibility of miracles — after all, I believe in some pretty out there things myself — but it seems that not all miracles are created equal. It turns out that seeing Jesus' face on a piece of toast, for instance, is not only not miraculous; it's downright ordinary. So maybe that casino that paid $28,000 for the Virgin Mary grilled cheese should see about getting their money back.

According to a study conducted by the University of Toronto, in conjunction with several Chinese universities, it's highly common for people to see faces in inanimate objects. The human brain, researchers explain, is hardwired to recognize faces. It's the reason that people are able to easily recognize distinct human faces, even though the differences between faces are often extremely small. And it's the reason we can't help but see faces in things that are obviously not faces.

In the study, participants were shown images while in an MRI machine. Because facial recognition happens due to interaction between two parts of the brain, the frontal cortex and the visual cortex, the MRI allowed scientists to know when subjects recognized a face in an image. They found that subjects were highly likely to notice faces in inanimate objects, and in fact, that seeing Jesus in a piece of toast was one of the most common examples of seeing faces in inanimate objects.

Other common examples of faces the research subjects reported were celebrity faces in potato chips or seeing a face in images of the moon.

It also seems that people's beliefs affect their perceptions when it comes to noticing faces. Kang Lee, a developmental neuroscientist at the University of Toronto who led the study, says that people determine images based on pre-existing worldview. "It depends on your personal experience and your personal expectations," Lee said. "So for example, if you are religious and you want to see Jesus, then you're going to see Jesus. If you want to see Mary, you're going to see Mary."

Which isn't to say that these experiences can't be meaningful religious moments. They just probably aren't the result of momentous divine intervention. Now, if you find words spelling out a message in your toast, on the other hand, that might be something you should let the world know – especially if it's a message to eat more toast. Mmmm, toast...