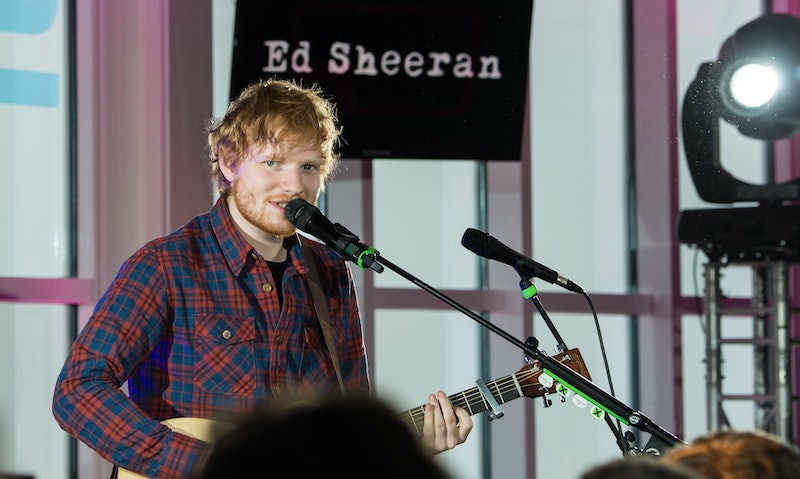 The Fault in our Stars fans were treated to another new song from the movie’s much-anticipated soundtrack last week. This past Friday, British singer-songwriter Ed Sheeran premiered his gorgeous “All of the Stars,” along with a colorful, touching music video. Unfortunately, the video doesn’t feature any new footage from the movie (rats!), but it does feature a lot of really cool fan-submitted messages of encouragement that are likely to bring a tear to your eye. Some of the messages are a little cheesy (“Everything is beautiful”), but others are quite striking (“You are not a burden”). Wow.

Sheeran, whose sophomore album X will be released on June 23, is no stranger to heartfelt love ballads (check out the recently released “One,” if you don’t believe me), so his inclusion on the Fault in our Stars soundtrack is kind of a no-brainer. Lyrically, the song’s not exactly a Shakespeare, but it is very sweet. Thankfully, Sheeran’s controlled, genuine vocal performance more than makes up for any of the track’s poetic shortcomings:

I saw a shooting star and thought of you

I sang a lullaby by the waterside and knew

If you were here, I’d sing to you

If you’re a little surprised by just how upbeat and triumphant the song’s chorus sounds, that’s probably because, reportedly, “All of the Stars” will be played over the film’s end credits. I think Sheeran’s going for a little “smiling through the tears” thing here — and it really works!

So open your eyes and see the way our horizons meet

And I know these scars will bleed

But both of our hearts believe

All of these stars will guide us home

It’s true, the lyrics read a little bit like something out of a sibling’s embarrassing high school diary, but believe me, once you hear the song, you'll understand. Sheeran’s beautiful, delicate voice softens all of the rough, Young Adult edges.

Check out the music video for “All of the Stars” below. The entire The Fault in Our Stars soundtrack will be released on May 19.

More like this
How To Listen To The 'Love Island' 2022 Soundtrack
By Liv Facey and Sophie McEvoy
Photos Of The 'Elvis' Cast vs. Their IRL Counterparts Will Have You All Shook Up
By Grace Wehniainen
Taylor Swift's “Carolina” Theme For 'Where The Crawdads Sing' Soundtrack Is Here
By Jake Viswanath
What Is Elvis Presley’s Net Worth? How The King Earned & Spent His Fortune
By Grace Wehniainen
Get Even More From Bustle — Sign Up For The Newsletter