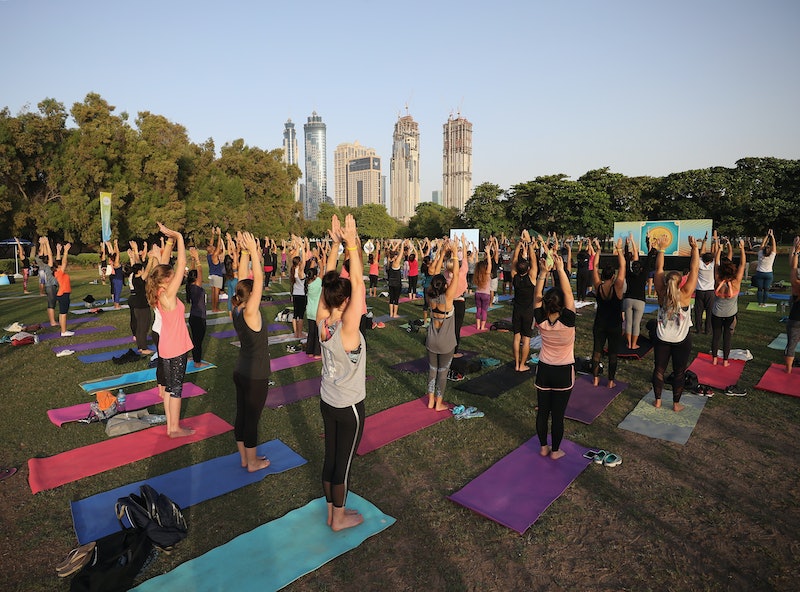 Are you reading this sitting down? Maybe it's time to open this on your mobile phone and take a walk outside. A new study suggests that, for women, physical inactivity is the single biggest risk factor in developing heart disease (even more than smoking) — and many of us, especially those over 30, have become more inactive than ever.

Researchers at the University of Queensland analyzed data from over 30,000 women who were born in the 1920's, 1940's, and 1970's to determine the relative importance of various risk factors for heart disease, like obesity, physical inactivity, and smoking. At first, smoking seems to have the biggest impact on women's rates of heart disease. But around the time that the women turned 30 (and largely quit smoking), physical inactivity outweighed all the other factors in contributing to heart disease.

Unfortunately, at least in the Australian women researchers studied, physical activity levels begin to drop then — and American women are likely similar, given the similarity between the two developed nations' lifestyles. Assuming that we'd like to live to at least 80 or so, that's 50 long years of reduced physical activity harming our hearts.

Recommendations for physical activity vary, but by most accounts just 30 minutes of aerobic exercise per day will have a large impact on your health (if not necessarily on your weight). You can fit these in, for instance, by taking the stairs instead of the elevator, parking your car far away from stores, and hopping off the subway or bus a couple of stops early and walking the rest of the way home. And, as health care becomes further socialized here in the U.S., expect to see exercise campaigns like Michelle Obama's "Let's Move!" children's campaign targeted towards middle-aged women as well.

Don't think this is an excuse to keep smoking or not lose weight, though! Your heart disease risk is a function of many factors combined, even if some weigh more heavily than others. So ditch the cigarettes, choose heart-healthy foods, and get moving.