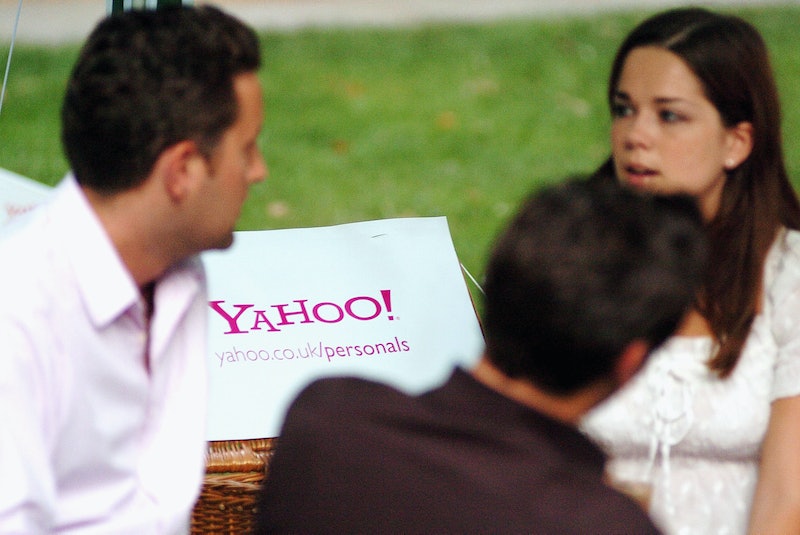 The phrase “follow your heart" should really be updated to “follow your eyes, nose, lips…just all of your senses, OK?” Because love at first sight is real — at least in regards to your senses, according to a new Ted-Ed video.

So here’s how it works: essentially, your brain determines whether or not you’ll be attracted to someone (sorry, romantics, the heart focuses on your circulatory system). However, your senses do a lot of the leg work. For example: when you see someone for the first time, you are instinctively (and unknowingly) looking for very specific traits. Other than making sure they fit a few cultural standards, you’re also visually scanning them for qualities that indicate promising reproductive abilities, like long, thick hair. (Perhaps this would explain why you’ll find heaps of hair extensions littering the backstage area of every Victoria’s Secret Fashion Show ever).

There’s also your nose. According to our Ted-Ed friends, pheromones — or those funny chemical triggers you emit to attract future mates — are very real… there’s proof! Perhaps the most fascinating part of the video, which happens at about, involves a study in which women were asked to wear the same t-shirt for three nights in a row (during ovulation). The t-shirts were then given to men to smell and compare to brand new, clean ones. The guys responded differently (some would say, more sexually) to the worn-by-ladies shirts as opposed to the clean ones. Isn't science the best?

Women responded the same way. According to Scientific American, it has to do with “odorprints,” which are determined by a set of immune system genes. Apparently, you’re attracted to odorprints different than your own in order to have kids with stronger immune systems. Like I said, reproduction is a factor here.

And to answer your next question, yes, more and more evidence is backing up same sex relationships in regards to pheromones (as well as the ever-mysterious bonds between straight women and gay men). Motherboard explains that your sexual preference does, in fact, have an effect on which gender's pheromones you'll be attracted to.

This only scratches the surface of “love at first sight”… or “attraction at first sense.” Take a look at the psychedelic Ted-Ed video to learn more about why you might be attracted to, well, the people you’re attracted to: