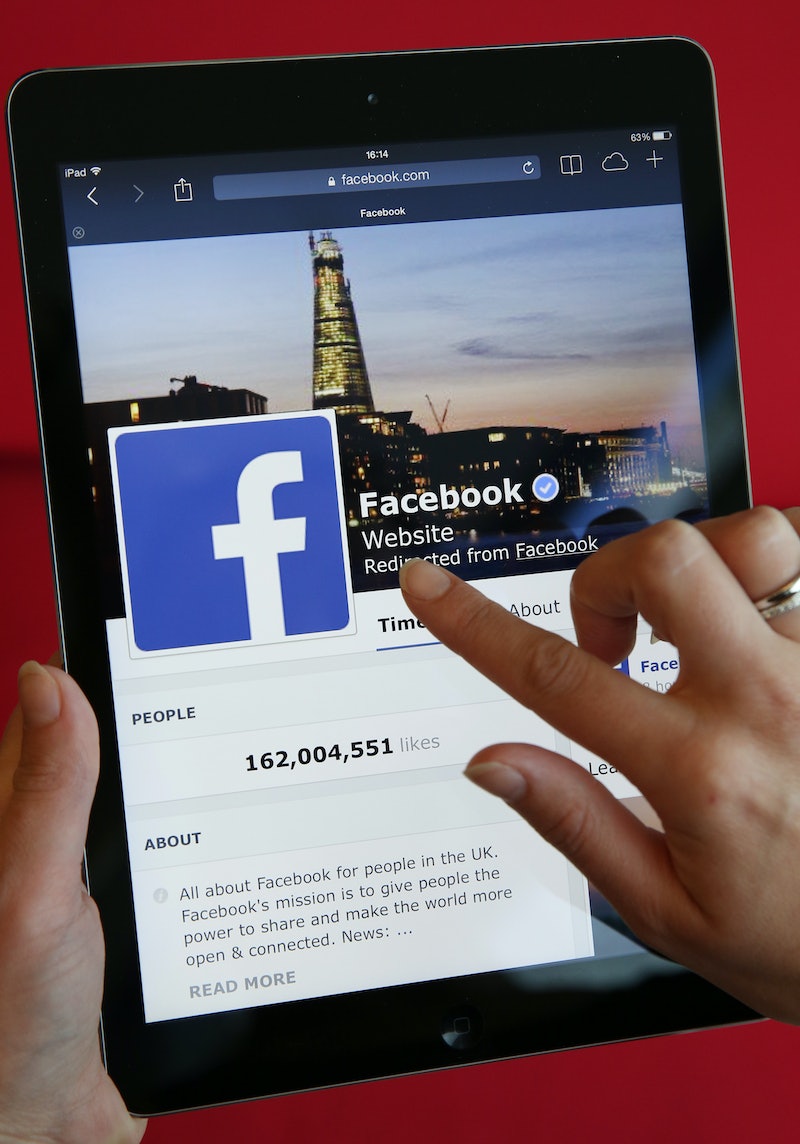 Have you ever spent an afternoon sullenly clicking through the FOMO-inducing travel, wedding, honeymoon, and baby photos of your long-lost acquaintances? Has Facebook got you feeling down? Just-released findings from psychologists at The University of Queensland may hold the solution for you: to boost self-esteem and your sense of belonging, become active by posting and chatting on Facebook instead of just lurking, and engage with Facebook friends who will reciprocate.

The "do not post" group reported lower levels of "belonging" and "meaningful existence" than those in the "post as usual" group. The authors say that this shows Facebook users experience lower need fulfillment when they refrain from sharing information.

In other words, looking but not participating made them feel like outsiders. Not good! For the second experiment, participants posted a Facebook status to a test account, but half of their statuses were deliberately ignored by the research team, receiving no "likes" or comments: "Participants who received no feedback reported lower levels of belonging, self-esteem, control, and meaningful activity than those who did receive feedback." Again, people seem benefited by participation, but harmed by non-engagement.

This study is just one of the newest entries in a long string of research studies over the past few years investigating the psychological effects of Internet usage, and Facebook usage, in particular. The hugely popular social media site has been with us for over 10 years now, so it's not surprising that psychologists, sociologists, and just ordinary users would be interested to know how it's shaping our lives (especially those of young people growing up on social media). Interest has apparently intensified since The Atlantic published a provocative 2012 cover story titled "Is Facebook Making Us Lonely?," dramatically accompanied by a photograph of a glassy-eyed couple ignoring each other in favor of their devices.

For a while, things were looking bad — most of the evidence suggested that Facebook and other social media services were exacerbating negative states like loneliness, boredom, and envy. But additional research (like this lurking study) has pointed in the direction of social media neutrality: like other technologies, social media sites can be used either to one's social/psychological advantage or disadvantage, depending on how you use them. For more information on the current state of social media research, check out this recent roundup of studies at Medical News Today. And whatever you do, do not lurk!