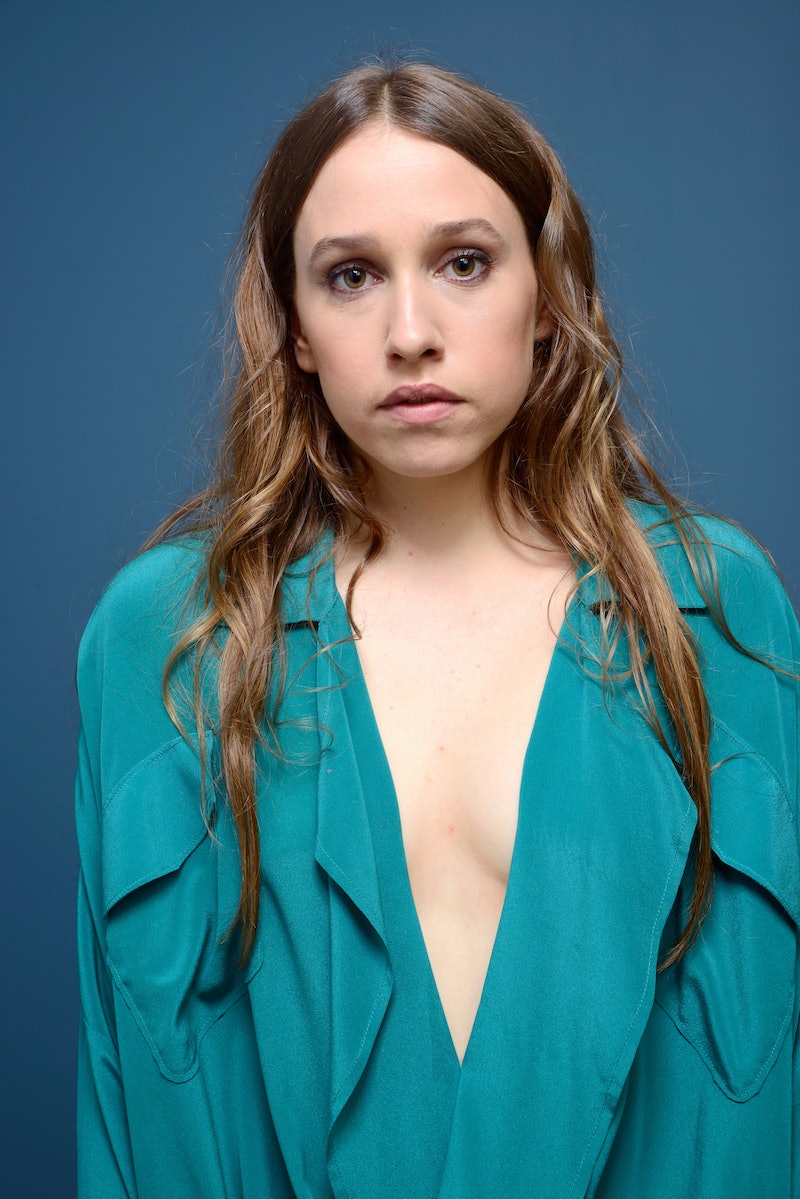 Catherine Meyer is quickly becoming the MVP of Veep. In Sunday's episode, she punched a protester, fought with Dan, and dropped her best f-bomb of the series. Although her antics in Veep's "Detroit" were great on their own, they're a part of a larger trend of Catherine's development: she has slowly morphed from the forgotten daughter of two DC power players into her own brand of political operative. And in her new campaign-friendly mode, Catherine may become more powerful than Selina.

Catherine's character was almost snooze-worthy when she was introduced in the first season. In the episode aptly named "Catherine," she was used as a quiet, unobtrusive prop, highlighting Selina's complicated family relationships while serving as a foil to the Veep's power-hungry narcissism. By the second season, Catherine showed us that she was capable of rebelling, but only by dating an amicable Iranian boy and writing in support of Palestinian film, which pissed off her mother, but did not inspire confidence that Catherine had finally grown a spine.

Then, in this season, the benevolent overlords that write Veep decided to throw Catherine's fans and haters a bone. We didn't get to see Catherine shine until the third episode, where her "pep talk" to Selina finally explained her feelings about the campaign, and showed some backbone. In case you've forgotten, it's one of the better rants of this season.

Ok, your big day is a travesty. All right, I get it. My twenty-first birthday, or my eighteenth birthday, or every other birthday, okay? Your entire life has been leading up to this moment, and as a result of that, my entire life has been awful. Posing for Christmas cards, watching CSPAN instead of Sesame Street, going to memorials for old Israeli men that I've never even heard of...I have had a hard, lonely, miserable life. And the only thing that is going to make it worthwhile is if I become the daughter of the next president of the United States. So you need to go out there, and you need to stop behaving like a little bitch.

If Veep were a dystopian YA movie, this would be the moment where Catherine shoots an apple out of the suckling pig's mouth, just to prove she can. But since she's working with the tools of the Beltway, Catherine gives an inspiring and insulting speech, then begins mimicking Selina's most manipulative behaviors. As a symbolic gesture, the writers clothed Selina and Catherine in the same "conservative" outfit, then gave them parallel moments brushing off Alicia at the end of the episode.

Since Alicia, Catherine superfans haven't been able to see her new bravado shine again, until Sunday's episode. In "Detroit" we see Catherine give Dan campaign advice about "the youth," telling him that "nobody watches MTV anymore." She also knows how to mix it up with some normals to get the job done, even if those normals are her gun-toting, middle-aged "redneck" admirers.

Even though Catherine's biggest moment of the episode was her left hook, I'm sure we'll see more backstabbing and campaign strategizing from her soon. She might even start making savvier political decisions than the Veep.