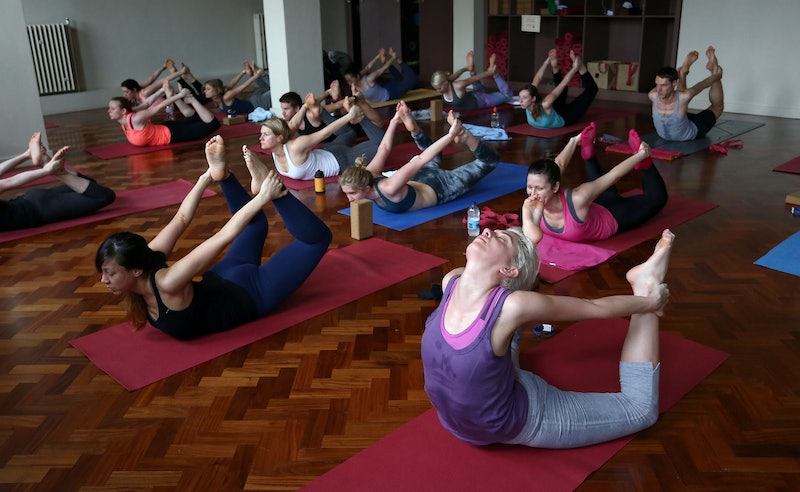 You may have heard of what is referred to as a “coregasm” — or an orgasm one achieves while working out. Despite sounding like one of those stories that happened to a “friend of a friend of a friend," Salon recently reported that the coregasm is, in fact, a very real thing, as suggested by a very real study.

For those of you who aren't nodding vigorously right now, let me explain.

As I was saying, this very real study — courtesy of a few brilliant researchers at Indiana University — gives “scientific evidence” of what some consider an urban legend. Of the 370 women the researchers surveyed, 124 said they’d had an exercise-induced orgasm before, and 246 had experienced exercise-induced sexual pleasure before. 40 percent of those women had experienced sexual pleasure from working out on 10 or more occasions (10!).

So…how exactly does one achieve this not-so-elusive “coregasm”? Well, according to the study, certain exercises have a higher success rate than others. Abdominal exercises, weight lifting, and yoga are at the top of the list — perhaps it's time to pull out the old downward dog...

Also, thanks to the Internet, there are several tutorials detailing specific exercises one could do to achieve a coregasm. Women’s Health Magazine even posted an entire coregasm-focused workout. And there's more: Dr. Debby Herbenick, co-director of the Center for Sexual Health Promotion at IU, tells Salon that exercise may also "enhance women’s sexual lives."

The fact that there is scientific evidence backing up the coregasm is pretty wonderful news. It also demystifies that which is the female orgasm, and opens the door to (hopefully) future studies on the subject. Also, motivation to do crunches is never a bad thing.