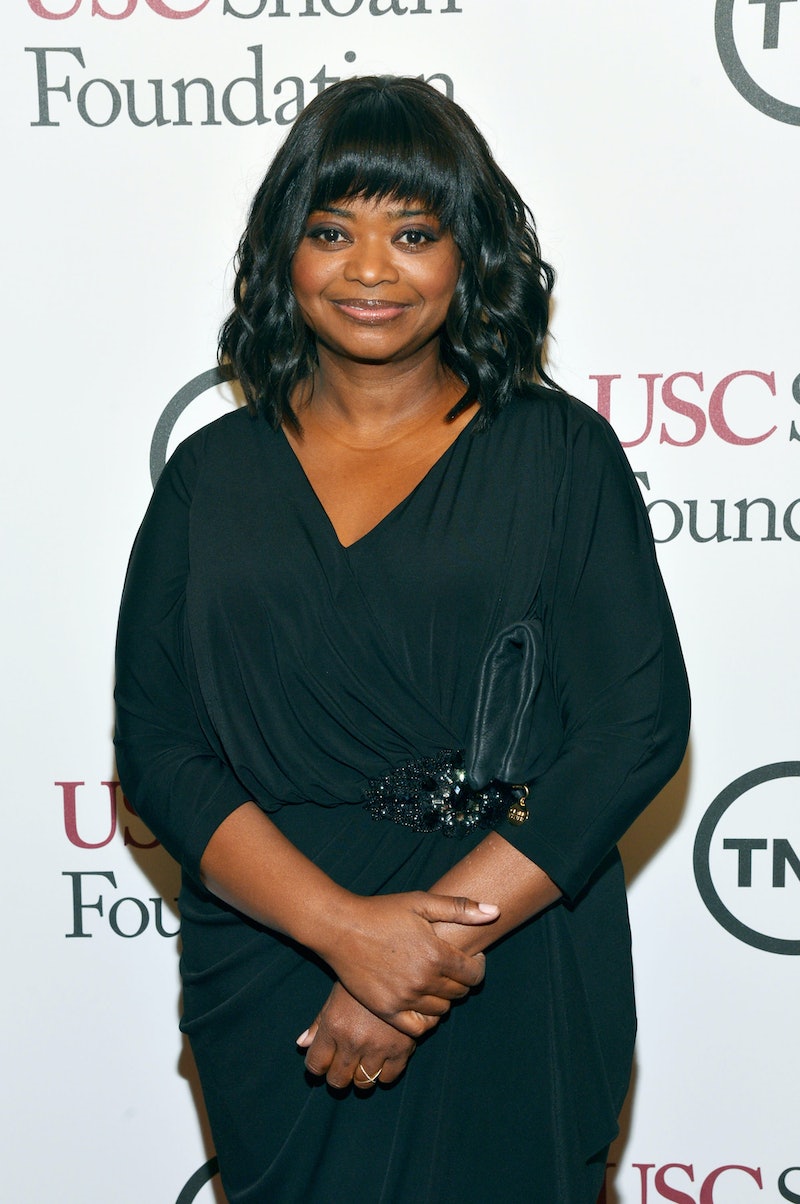 For all intents and purposes, we're still in the midst of the first Divergent movie settling in among its blockbuster YA adaptation brethren, but Hollywood waits for no one, so there's no time like the present to look towards what comes next. One of those things is Octavia Spencer joining the cast of Divergent 's sequel, Insurgent. Welcome to the fold, Octavia!

Spencer, who won an Oscar for her role in The Help in 2012, will be playing Johanna, the leader of Amity, the faction devoted to "peacefulness, kindness, forgiveness, trust, self-sufficiency, and neutrality." Considering the action that ended the first Divergent film, it's probably a safe bet to say that her interactions with Shailene Woodley's Tris and Theo James' Four will hardly be as peaceful as Amity wishes for. As the official synopsis for Insurgen t hints:

Tris's initiation day should have been marked by celebration and victory with her chosen faction; instead, the day ended with unspeakable horrors. War now looms as conflict between the factions and their ideologies grows. And in times of war, sides must be chosen, secrets will emerge, and choices will become even more irrevocable—and even more powerful. Transformed by her own decisions but also by haunting grief and guilt, radical new discoveries, and shifting relationships, Tris must fully embrace her Divergence, even if she does not know what she may lose by doing so.

Octavia Spencer seems the type who could handle this whole thing with ease, though.