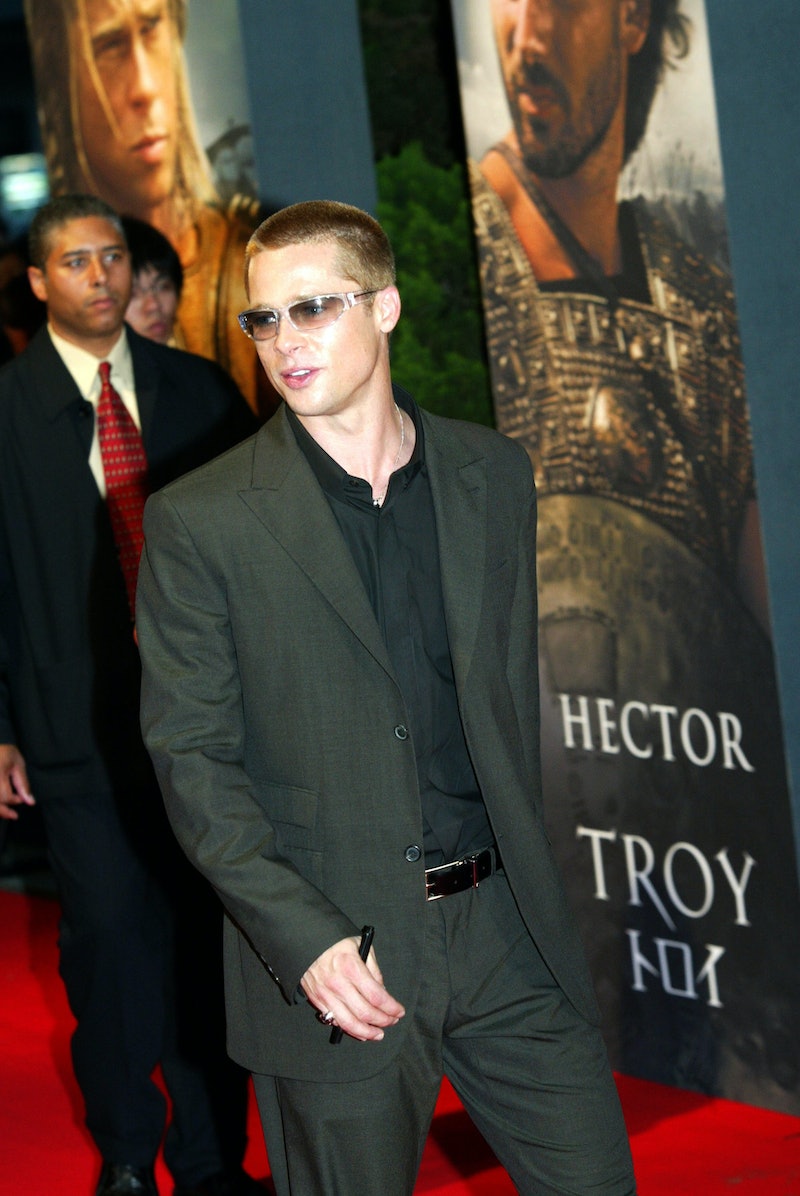 It's been ten years since Brad Pitt's long blonde hair and bare buttocks graced the screen in 2004's Troy . While the film was unabashedly cheesy, filled with historical inaccuracies and obvious green screen set designs, it's one of our favorites for one simple reason: the abundance of shirtless Brad Pitt scenes. Because what better way to tell the tale of Helen of Troy, than to feature Hollywood's biggest A-lister with minimal clothing? Oh, and did we mention that awful hair?

IMDB summarizes the film as: "An adaptation of Homer's great epic, the film follows the assault on Troy by the united Greek forces and chronicles the fates of the men involved." The men — the men — involved. Because Helen was, ya know, not all that important.

So to celebrate one of Hollywood's most hilariously terrible historical flicks turning a decade old, let's take a look back at some of Brad Pitt's most glorious scantily-clad moments, from Fight Club to Thelma and Louise and every six pack in between.