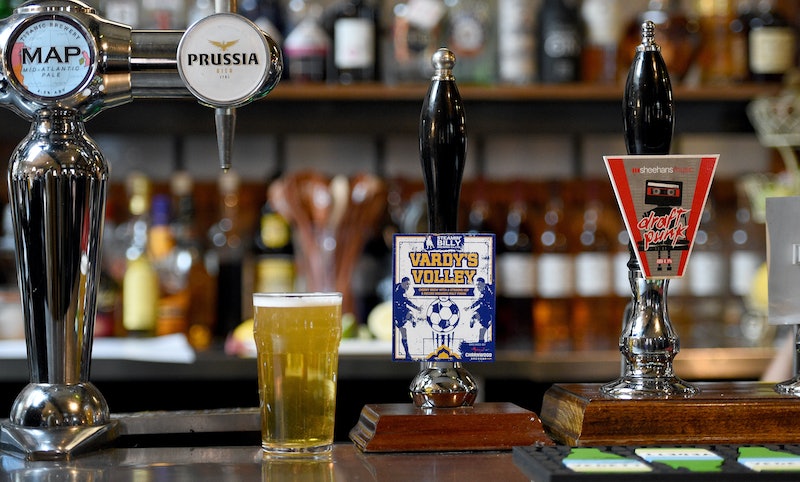 Of all the stereotypes in the world, the drunk writer is one of the most well known — and one that’s difficult not to romanticize. Just think, the image of a great writer toiling away at one of the most treasured manuscripts with a glass of whiskey next to him or her the bar — it seems like some dream sequence out of a film. Plus, just think about the job inherent to the writer, which is is to see and feel things, and then weave those sights and emotions into art. This can be a pretty alienating experience, which is why so many writers have turned to drink to soothe.

Many of us know the feeling of turning to a glass of something on one occasion or another, whether it's for a little liquid courage, or to prop oneself up after a lonely night — or maybe something else entirely. These 10 writers have felt it all, too, and used their gift with words to beautifully convey everything you’ve ever felt about booze.

“I have so strong a sense of creation, of tomorrow, that I cannot get drunk, knowing I will be less alive, less well, less creative the next day.”

“Alcohol is the anesthesia by which we endure the operation of life.”

“Drinking is an emotional thing. It joggles you out of the standardism of everyday life, out of everything being the same. It yanks you out of your body and your mind and throws you against the wall. I have the feeling that drinking is a form of suicide where you’re allowed to return to life and begin all over the next day. It’s like killing yourself, and then you’re reborn. I guess I’ve lived about ten or fifteen thousand lives now.”

“I drank a lot in college, which seems to be almost a graduation requirement. It was a way to be uninhibited and ridiculous and experimental, especially with regards to boys. And like all college students, I drank awful stuff — Diet Coke and rum, whiskey sours made with the cheapest, worst whiskey, and lousy beer. But the point was to be together, get tipsy, and be a wild college student, so it worked.”

“Here’s to alcohol, the rose-colored glasses of life.”

“I know something about dread myself, and appreciate the elaborate systems with which some people fill the void, appreciate all the opiates of the people, whether they are as accessible as alcohol and heroin and promiscuity or as hard to come by as faith in God or History.”

“I drink to make other people more interesting.”

More like this
The 20 Best Audiobooks To Fall Asleep To
By Aoife Hanna and K.W. Colyard
Zosia Mamet Opens Up About Her Eating Disorder
By Zosia Mamet
Conversations With Friends' Endometriosis Scenes Are As Brutal As It Gets
By Ivana Rihter
What Dreams About Being Lost Mean, According To Experts
By Carolyn Steber
Get Even More From Bustle — Sign Up For The Newsletter