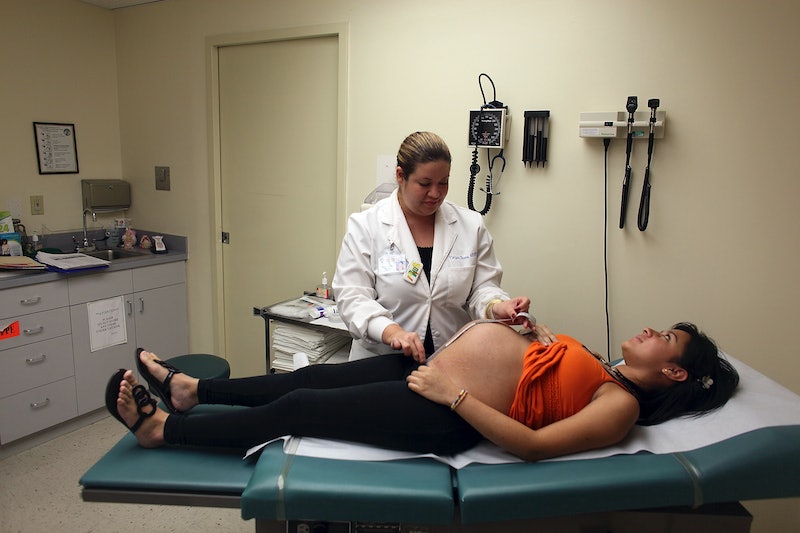 Pregnant women have plenty to worry about: nutrition, endless doctors appointments, cankles, avoiding throwing up, and so on. But recent findings imply that they may need to add another item to the list: driving. Pregnant women experience more car crashes (especially during their second trimester), as compared to immediately before and after their pregnancies, according to research just published in the Canadian Medical Association Journal.

The researchers tracked 500,000 Canadian women and examined their driving records for four years before their pregnancies and one year afterwards. They counted accidents that were bad enough to put the women in the emergency room.

Before pregnancy, the number of such serious crashes for all the women, as drivers, was 177 per month, an annual rate of 4.5 per 1,000. That stayed steady in the first month of pregnancy. By the fourth month, the same women were having 299 serious crashes a month, or an annual rate of 7.6 per 1,000. The rate fell sharply by the last month of pregnancy, to 2.7 per 1,000 – and stayed low the year after the births.

That's a big difference — over 50 percent more crashes. So, why do pregnant women get in more car crashes? Researchers hypothesized that women in their second trimester are really feeling the effects of pregnancy in a big way, which can be distracting, but they are not yet exercising quite as much caution as very-pregnant, physically-encumbered women in their third trimesters. Also, researchers did not control for all additional factors (such as weather), so those may have contributed, too. And less serious accidents (not involving an emergency room visit) went under the radar of this particular study (perhaps women who are pregnant are just more likely to go to the emergency room following a crash, because they're worried about their babies).

You might be tempted to explain these car crash findings with an appeal to "baby brain," the commonsense notion that pregnant women have a hard time thinking straight due to their hormone-addled condition. However, some doctors report that "baby brain" has been vastly overblown, or at least misunderstood. Of course pregnant women have many new topics on their minds, and those could theoretically contribute to driver distraction. But women don't literally lose IQ points during pregnancy, and pregnant women's driving performance may be similar to non-pregnant people who, for instance, are just worried by work or family problems or sleep-deprived for some other reason.

As the researchers are careful to add, this doesn't mean that pregnant women shouldn't drive (indeed, many of their male partners are statistically more dangerous drivers all the time). But, pregnant or not, always take precautions like getting enough sleep and wearing your seatbelt, because driving is actually one of the more (often unnoticeably) dangerous things we do every day.