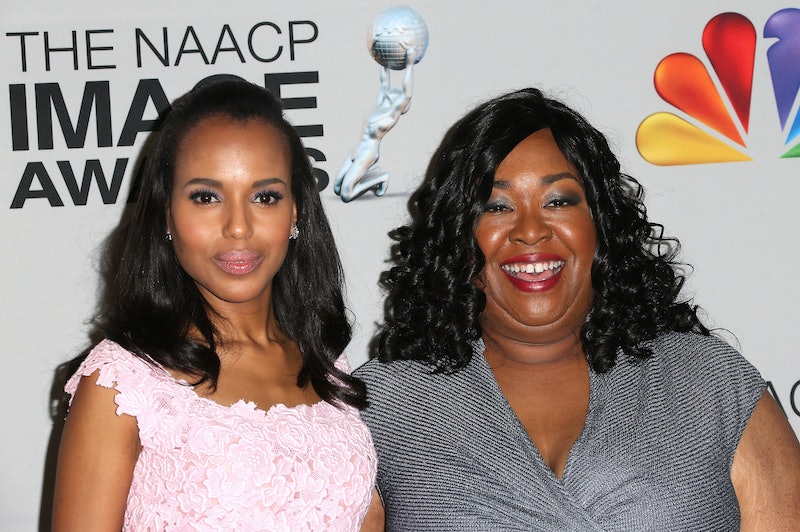 Love this producer? Well, ABC is going to be giving you a real treat. The network has created an all-Shonda Rhimes lineup for Thursdays starting fall 2014, which means Thursdays just got super emotional in the best way possible. A lineup run by a producer isn't unheard of; the last time this happened was when Aaron Spelling was the network's star producer in 1982. And — hold up. The second time this has ever happened is with a female producer? Sweet.

So, with this new lineup, Grey's Anatomy will be pushed to the 8PM slot, giving you just enough time to prepare yourself for Scandal at 9. At 10PM, Rhimes will premiere her newest brainchild, How To Get Away With Murder, which will be written by Grey's writer Peter Nowalk and will star the always-wonderful Viola Davis.

And not only that! Rhimes has inked a new deal with ABC which states that she will stick with ABC till 2018, so that means we've got at least four more years of amazing shows with killer leading ladies. With Rhimes's successful resume over at ABC — Grey's Anatomy, Scandal, and Private Practice — we can be sure that Thursday nights — and hell, the next four years at ABC, will be stellar and very successful. Things are lookin' good over in Shondaland!