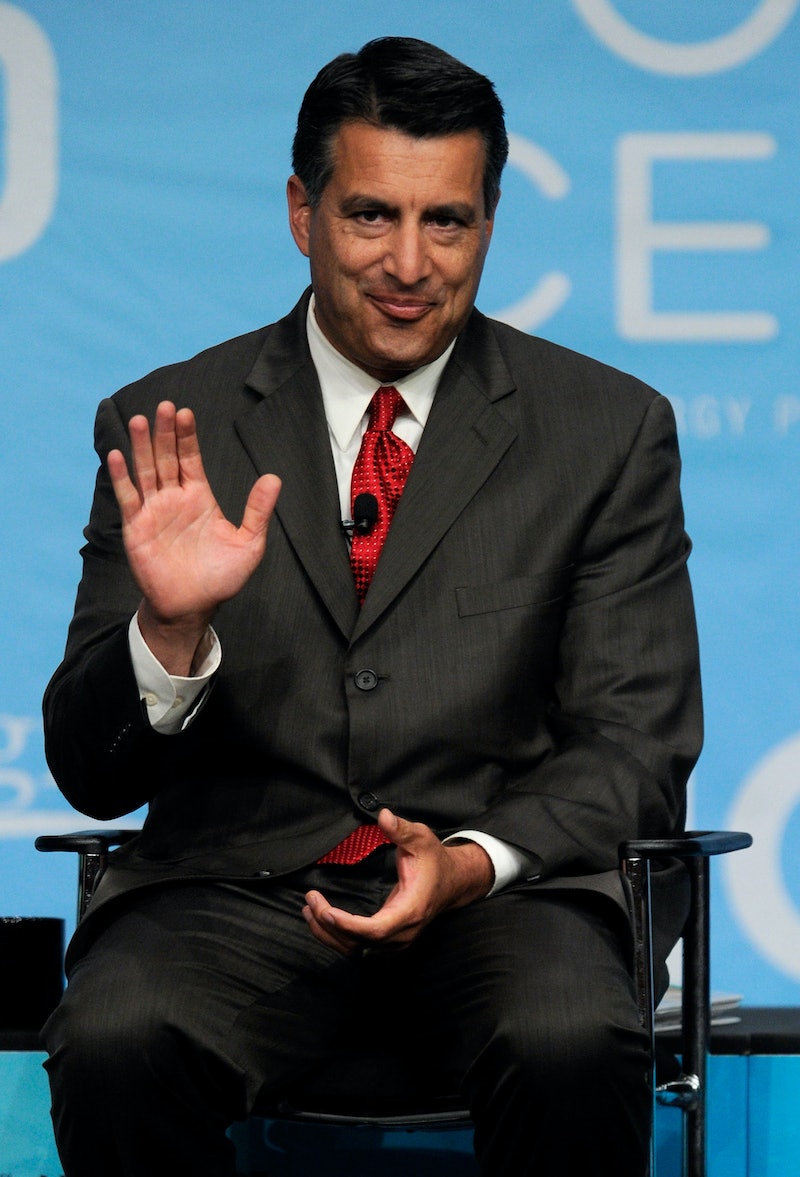 When voting for your state's governor, you probably think about the big, important issues: the economy, social programs and... knowing how to spell your state's name. Unfortunately, Nevada Gov. Brian Sandoval revealed he didn't know much about that third point when Sandoval's campaign sent out a "NEVEDA" fundraising flyer last week. Interesting enough, Sandoval's campaign did get "Nevadans" right in a quote at the bottom of the mailer.

Sandoval, who assumed office in 2010, is up for reelection later this year. According to Politico, rumor has it that Sandoval may be facing off against Sen. Harry Reid (D-Nev.) in the 2016 Senate race. While we hope for the sake of U.S. politics that he learns how to at least use spellcheck by then, these recent mailers may not cause too much controversy in his home state — Sandoval is one of the most popular governors in America, with consistently high approval ratings and a strong voting bloc.

Spelling, arguably the most frustrating school subject, is not only hard for Sandoval (and his campaign managers). Many politicians have made spelling gaffes over the years, especially when it comes to those pesky state names. Here are some of the best spelling mishaps in politics...

How Many E's Are In "Massachusetts"?

The 2010 Senate race in Massachusetts garnered a lot of attention due to the legacy of the seat, once held by the late Ted Kennedy, who died while in office. Unfortunately, that meant all eyes were on candidate Martha Coakley's attack ad, which showed that even residents of Massachusetts have a tough time sounding out their state's name.

Here's the tagline of Coakley's ad:

State names aren't the only spellings difficult to keep track of. For former Congressman Todd Akin, it was "your" and "you're" that did him in. Akin launched a new section of his website in order to apologize for his comments on "legitimate rape" and gain new supporters. However, it didn't go as smoothly as he planned when he used the tagline: "Tell McCaskill That Your Standing With Todd Akin."

Many have called Obama an intellectual, which is why his 2012 campaign spot in Ohio came under fire. There, the president attempted to spell out "Ohio" with three young men. But as he put up his hands to make an "H," it was too late — the word was now "Oiho."

Mitt Romney's 2012 presidential campaign was rife with many blunders, but the funniest — and most cringeworthy — one was not the "binders full of women" meme but his misspelling of America in an interactive "I'm With Mitt" app. The misspelling went viral, and even Stephen Colbert said he would pledge allegiance to "Amercia."

One of the most famous political spelling blunders occurred in 1992, when then-Vice President Dan Quayle was visiting a school in Trenton, New Jersey. Quayle corrected a student's spelling of potato, telling him it needed an "e" at the end. He never lived that down.