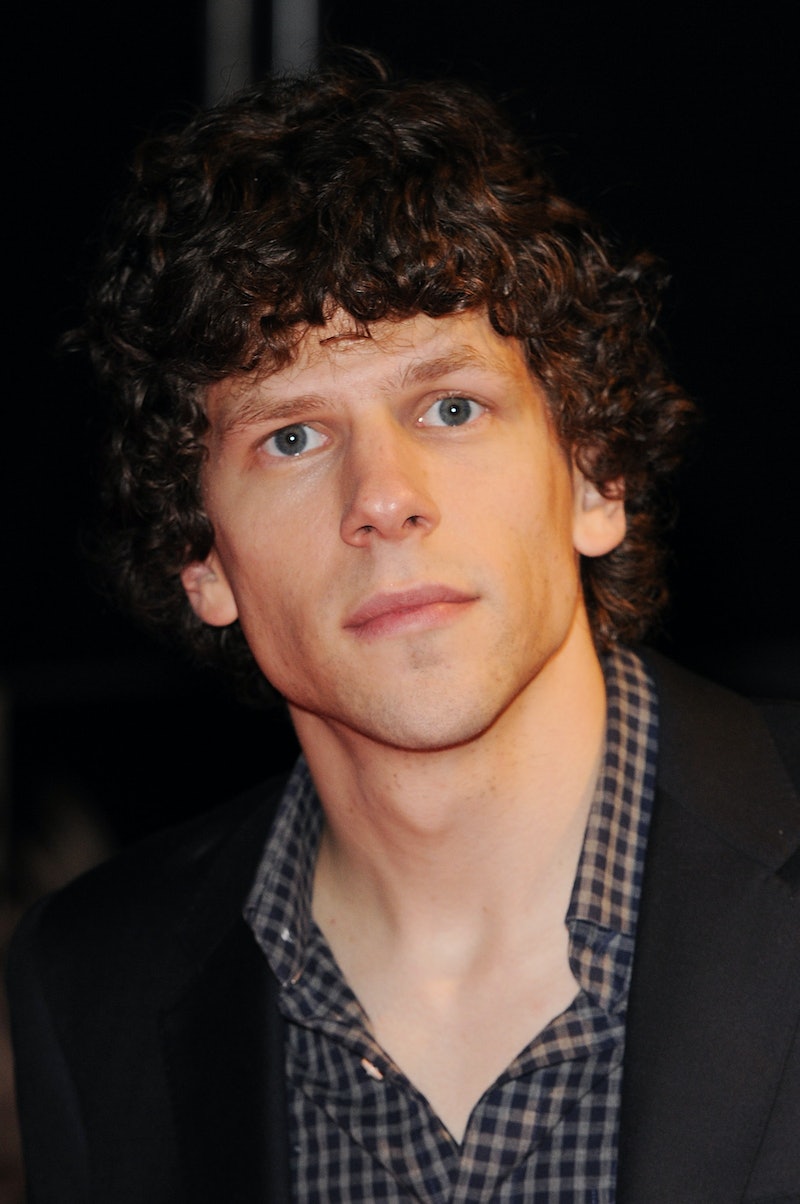 Guys, chill out. Seriously. The guy who played Mark Zuckerberg said so. Well, sorta: Jesse Eisenberg defended the David Foster Wallace movie, The End of The Tour, in which he stars, alongside a very long-haired Jason Segel who plays the regaled author. Eisenberg plays David Lipsky, the journalist who traveled with Wallace during his promotional tour for Infinite Jest, and the movie is actually based on a book by Lipsky about that tour, Although Of Course You End Up Becoming Yourself, so Eisenberg's a good person to come to the defense of the flick.

After all, the movie needed someone to come to its defense. In April, the David Foster Wallace estate denounced the film, saying it had zero affiliation with it, and that they in no way supported the project. (Maybe it had something to do with that photo?)

Bottom line, the movie is being touted the wrong way. It's not the David Foster Wallace movie — it's not told from his perspective. The movie based on Lipsky's experiences and all that he learned about the ill-fated author. It's told from his point of view. Sure, Wallace is ostensibly the focus of the movie, but he's not the narrator.

Moreover, nothing is contrived, and the source material is totally valid: Lipsky's actual interviews with Wallace. Eisenberg said:

So what's the hoopla all about? The estate is likely unenthused to see a movie about the author achieve some sort of capital gain without their affiliation, but the person who we may need to hear from next is the author, David Lipsky. It's his book we're talking about — his materials are the source materials. None of these items or recordings were owned by Wallace. Also, speaking of these recordings, let's take this moment to Internet-high five Eisenberg for doing some Serious Actor Research.

Essentially, there's no way that the estate — no matter how much they want to showcase their disdain for the project — can cite the film as inauthentic. Eisenberg's justification for defending the film is entirely logical, even if the estate does fire back.