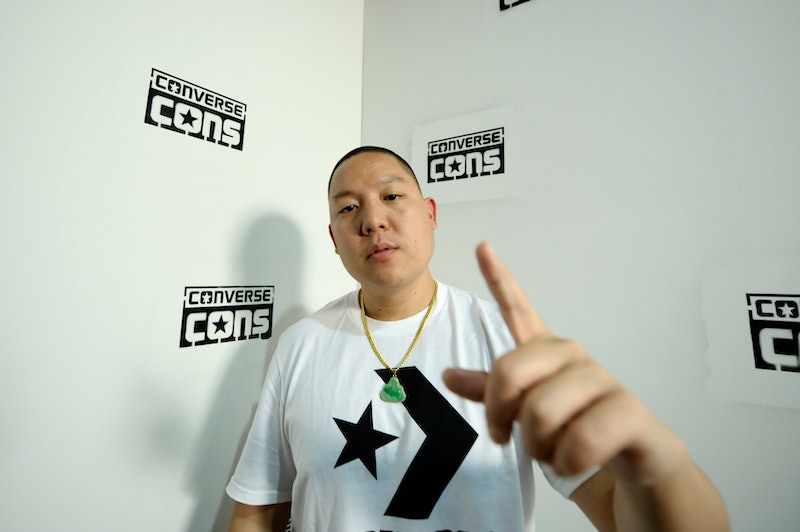 ABC has picked up two new shows for their fall lineup, Cristela and Fresh Off the Boat, and whether or not they succeed comes secondary to the fact that BOTH of these forthcoming sitcoms are about first-generation American families, which is reason enough to celebrate. This is the best news for ABC since they decided to cancel Ugly Betty, a groundbreaking show starring America Ferrera that actually focussed on the experience of growing up as a first-generation American in America.

Cristela stars comedian Cristela Alonzo as a Mexican-American woman in law school attempting to land her dream internship at a prestigious firm, all while dealing with the cultural expectations of her traditional family. According to ABC, the official description of the show: "Cristela is stuck straddling the old culture she's trying to modernize at home with her working-class family and the modern world she's trying to embrace in her professional career." And Fresh Off the Boat, their other new series, is based on celebrity chef and generally awesome baddie-turned-foodie Eddie Huang; it will follow the journey of a Taiwanese family living in Orlando during the 90's, trying to come to terms with the culture of America while retaining their heritage.

We're slow-clapping for ABC for showcasing a "different" kind of TV family but an incredibly common American one—the family of first generation immigrants. Shows about people of color in America have been embarrassingly scarce. In fact, ABC's own Ugly Betty, which they so cruelly cancelled (I'm not still mad!), has been one of the only high-profile television series that has revolved around an immigrant family in America. Yes, ABC deserves huge props for picking up not one but two comedies that will give visibility to these unique stories and change the face of the American television family, but we're a little sad that it's such step forward. Besides Ugly Betty, there was also comedian Margaret Cho's sitcom in the 90's, All American Girl, which centered on Cho wanting to participate in the wilds and rebellions of American youth, but was buffeted by her traditional Korean mother. There was also Perfect Strangers, the more campy sitcom in the late eighties and early nineties that featured the mishaps of a Greek immigrant and his American cousin. And we have to say, we're surprised that ALL of these sitcoms (though they are few) aired on ABC.

Beyond that though, we're grasping for straws: in recent years, especially, we're lucky if we get one or two main characters of color on major sitcoms, like Mindy Kaling's Kelly Kapoor on The Office or Abed on Community (RIP). Of course, Mindy Kaling directs and stars in The Mindy Project, which is a victory: it's always amazing when a woman of color not only stars in but controls the creative vision of her own comedy. But The Mindy Project is not about the story of first-generation American families, which these two new comedies will. As a first-generation American myself with immigrant parents, I have to say, there is SO much comedic material in my upbringing. Beyond the comedy value, though, it's crucial that the American television family start reflecting what so many REAL American families look like—people of color who have given up old lives to start over in America. We're proud of ABC, and it's about damn time, and hopefully other networks will start following suit.

Now, will the shows be good? That remains to be seen, but we'll definitely be watching.

More like this
Viktor Hargreeves’ Coming Out Scenes Are The Sweetest Part Of Umbrella Academy Season 3
By Gretchen Smail
Here’s Everything Coming To & Leaving Netflix In July
By Grace Wehniainen
Paramount+ Wants To Take Over Your Netflix
By Sophie McEvoy
What’s New On Netflix: The Return Of 'The Umbrella Academy'
By Arya Roshanian
Get Even More From Bustle — Sign Up For The Newsletter