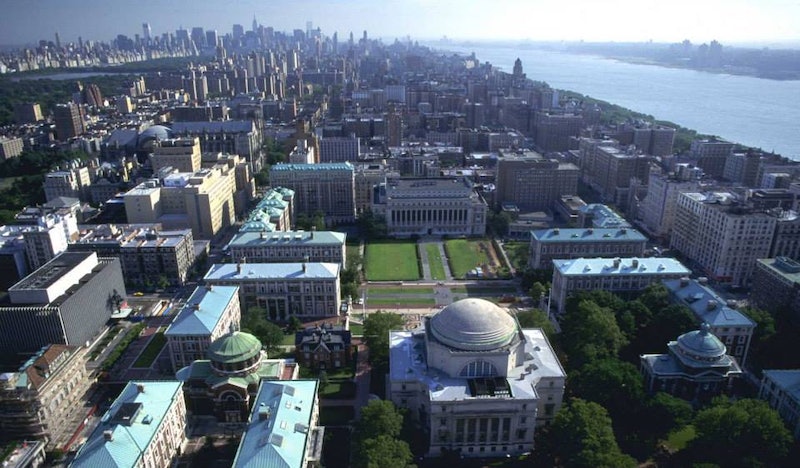 Any traces of the lists have since been scrubbed away by university maintenance staff, but photos have been published at a number of media outlets. On Tuesday, a tipster sent Jezebel an image of a printed “rapists on campus” list that added descriptions of the people on the list including “serial rapist,” and “found responsible by the university.”

The note also included a warning to women on the Columbia campus: “Stay safe, protect and support each other, and always always always make sure to have sober, enthusiastic, continuous consent.” The authors of the flyers are still unknown, but Jezebel was able to confirm that the people named on the list were all active students at Columbia, including “a musician, a prominent writer for a campus publication, and a varsity athlete.”

Daniel Held, the Executive Director of Communications for Columbia’s facilities department told The Columbia Lion that officials considered the lists an instance of graffiti, “which connotes disciplinary and potentially legal consequences for the perpetrator.”

These “rapist lists” come just one month after 23 Columbia and Barnard College students filed a lawsuit alleging that the university had failed to notify students of sexual assaults on campus, and that when rapists were found responsible, punishments were far too lenient. One complainant told TIME that in the aftermath of these allegations, “we’ve seen two town halls and a couple of emails, and as a survivor and an ally to survivors, that’s not enough.”

The students who wrote these lists on the sides of bathroom stalls obviously agree. If Columbia University is going to refuse to appropriately address sexual assault on their campus, students and victims will refuse to trust them and take matters into their own hands. Who could blame a rape victim who has to see her assailant walk freely around campus every day while she or fellow victims deal with post-traumatic stress disorder, depression, and any number of physical and mental conditions after an assault?

If there are innocent people named on these lists, that is tragic. But if they are guilty of sexual assault and their university did nothing to bring them to justice and protect their future victims, then fuck their feelings. Rapists should be named publicly. Students have a right to feel safe on campus, and that means knowing whether or not the guy in their study group is a rapist. If one person is protected from a sexual predator by this brave, anonymous student’s bathroom graffiti, they’ve already done more to protect students on campus than Columbia University has.