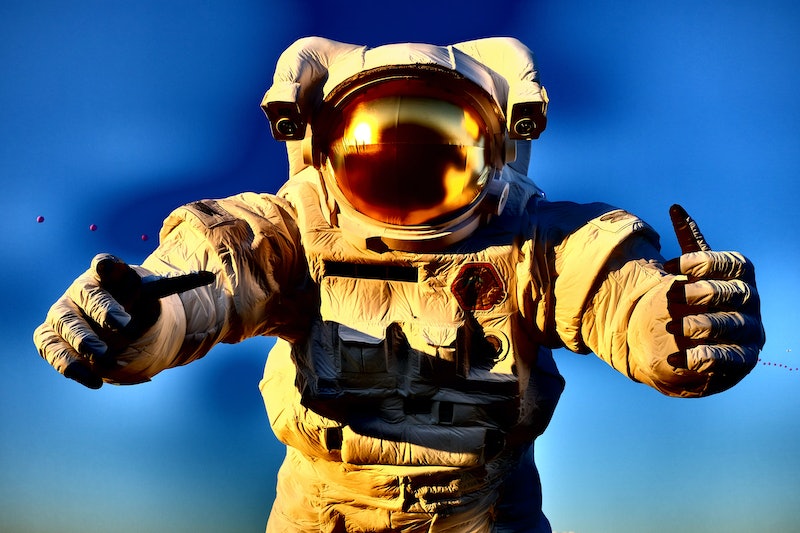 The award for coolest invention of the week has surely got to go to a bunch of scientists in Switzerland, who have created an incredibly fast robotic arm. The 1.5 meter arm has three joints and a hand with four fingers. And it is mighty, mighty fast. It's reaction time is less than five hundredths of a second. The scientists from Ecole Polytechnique Fédérale de Lausanne debuted the incredible robotic arm Monday in the journal IEEE Transactions on Robotics. The arm has been trialed catching a ball, an empty water bottle, a half-full water bottle, a hammer, and a tennis racket.

The arm was trained using a "programming by demonstration" method, which basically means it learned exactly the way humans do — through imitation and trial and error.

Of course, the point of the robotic arm is to catch much more important/useful stuff than just random things you might have lying around. The arm is destined to be part of the Clean-mE project at the Swiss Space Center at EPFL, which is working on developing new technologies to take on the task of cleaning up space debris that is orbiting around Earth. The plan is to fit the arm to a satellite and have it catch space junk as it whizzes past.

Cleaning up space junk is, of course, probably the most awesome thing this robotic arm could spend its time doing. But we got to thinking what we'd use this bad boy for if we could get our hands on it...

1. Cleaning up Mount Everest — because apparently there are a ton of super un-lazy people who climb Everest who are somehow too lazy to pick up their own trash

2. Vacuuming — because if the arm can catch stuff, it must be able to push a vacuum around, right?

3. Fanning us as we lay on a sun lounger — and also swatting away random bugs. Added bonus if we could "program it by imitation" to mix margaritas

4. Cleaning up the oceans — because if there's anywhere in the universe where there's a colossal trash problem, it's the ocean floor

5. Catching everything that inexplicably falls off the shower organizer mid-shower — Every. Single. Time.

6. Sorting laundry — could totally make this into an awesome game. Just chuck each item at the arm one by one and watch it work its magic

7. Cheating our way onto a softball team — or basically any sports team that calls for catching/hand-eye coordination

8. Tossing us beers — just set up the arm next to the fridge with a clear line to the couch. Also works for snacks. Genius

More like this
How To Turn Off Night Mode On Your iPhone Camera
By Emma Carey
Behind The Hilarity Of The "POV: You Walk Into My Room" TikTok Trend
By Lexi Inks
Why TikTok Is Flooded With Controversial Videos About "Pick Me Girls"
By Courtney Young
Here's How To Get Your iPhone To Update Automatically Forever
By Emma Carey
Get Even More From Bustle — Sign Up For The Newsletter