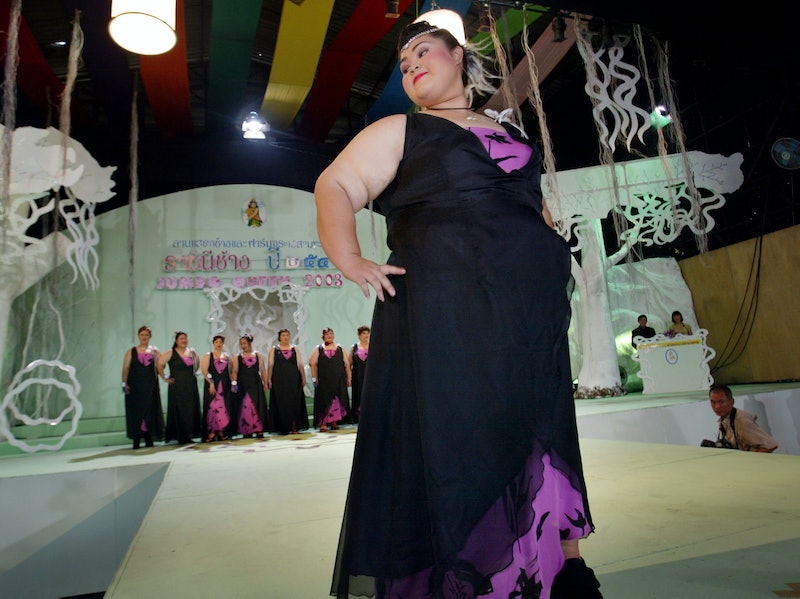 Ever the fat-shamer, Dr. Laura Berman makes the claim that “excess” weight could be killing your libido and, in turn, your relationship. “Numerous studies have found an association between weight and sexual pleasure. Obesity can cause a number of health concerns, but it can also greatly impact your sexual performance.”

Berman goes on to cite multiple studies that associate weight loss with both physical (like increased lubrication and regulated hormone levels) and mental (feeling sexier) improvements in the sack. I have no doubt that there are people who have better sex after improving their health, which sometimes means losing a lot of weight. But what about those of us who are fat and and have healthy, active sex lives?

I can guarantee you that there are millions of fat people, men and women alike, who have plenty of satisfying sex. Sexual dysfunction is extremely common in women, but the jury is still out on whether or not obesity is a contributing factor. The study that Berman cites in her column studied weight loss surgery patients, not obese women as a whole. A 2010 study found that there were no meaningful differences in sexual function for fat women and thin women.

The assumption that fat people are too shamed by their bodies to have fulfilling sex is equally as harmful as the idea that their bodies are somehow less capable of sex. “Fitting into smaller jeans or having more muscle tone can mean that they suddenly feel desirable again, which can translate into a higher libido,” writes Berman. Believe it or not, there are plenty of fat women who feel beautiful and confident buck naked, in spite of the fat-shaming bullshit that they hear every single day.

She also ignores the impact of fat stigma on the libidos of fat men and women alike. Fat people are told from childhood that their bodies are undesirable, and that no one will ever want to have sex with them. Men, fat or thin, who express interest in fat women are ridiculed by their peers. Women who are fat are constantly told that they should be doing something to make themselves "thin and sexy." These messages don’t exactly make it easy for anyone to get excited about naked and really intimate with another person.

But we do anyway. Feeling sexy and being sexual as a fat woman is a revolutionary act. It means being confident in a body that society has relegated to be at best a fat fetish and at worst, wholly undesirable. Stigma and body hate is the worst enemy of a fat person’s sex drive, not fat itself.