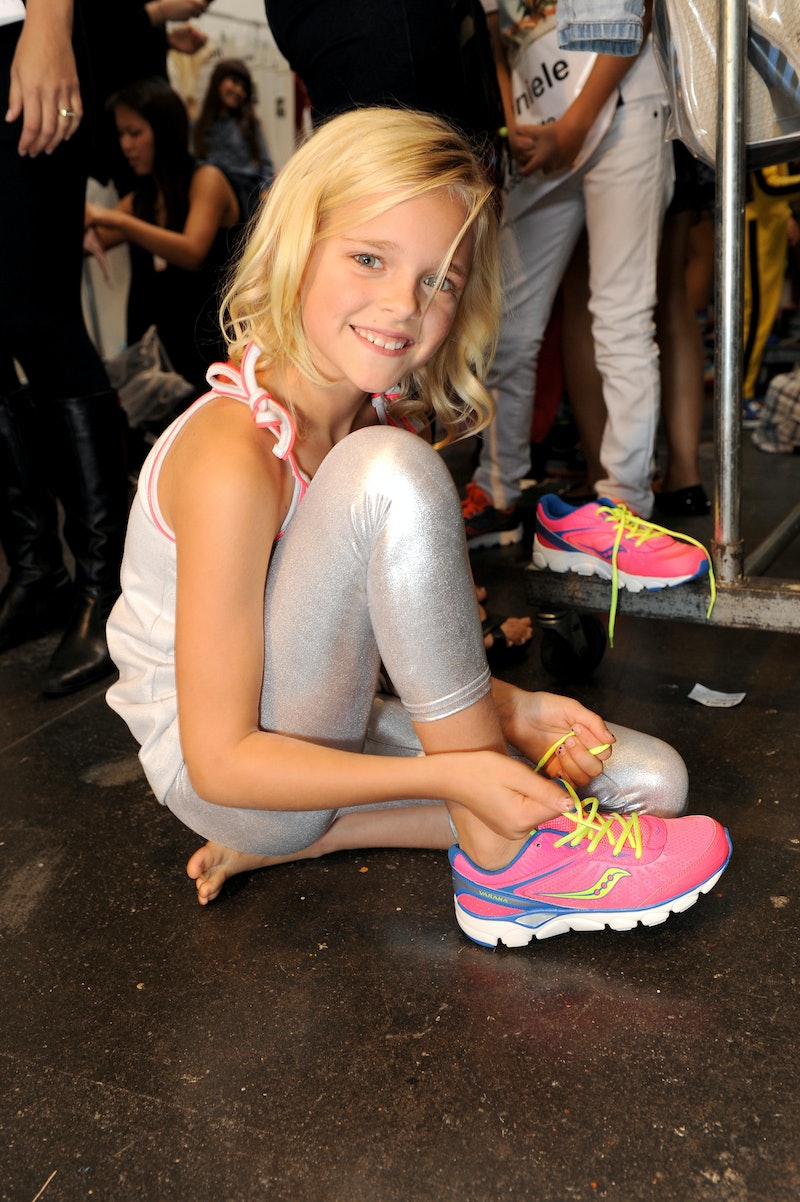 You know that we love us some Shark Tank. The ABC show featuring Mark Cuban and company brings together the best independent business owners— everyone from haunted attraction purveyors to vegan dessert makers — in front of the sharks so that they can pitch their product and get some of that cold hard investment cash. This week, we'll meet the women behind The Foot Fairy — an iPad app that helps you size your tots' tootsies in the comfort of wherever.

But beyond it's onscreen drama of our favorite things about the Tank is the platform it gives to female entrepreneurs. It's no small feat in an era where investment in female-owned businesses is statistically less robust than their male counterparts, not to mention other hassles that go along with being a female executive. The show boasts two female Sharks as well: Real estate mogul Barbara Corcoran and QVC Queen Lori Greiner. The show is particularly good at showcasing women with children, highlighting the fact that women's lives don't end at motherhood.

Enter Dr. Sylvie Shapiro and Nicole Brooks of Foot Fairy. The two pals are mothers of young children, sure, but they've got more going on than that. Shaprio, the licensed podiatrist, and Brooks, a family therapist, juggle the demands of kids and career. Their number one logistic nightmare? Kids' shoe-shopping. That's why they created their handy app.

1. THE APP WILL SIZE AND TAKE YOU DIRECTLY TO ZAPPOS FOR SHOPPING

Welcome to the future. Not only will the app measure the size of your child's foot, but it can take you straight to shoe-shopping in a single finger swipe (once armed with your handy dandy sizing information, of course).

2. THE CREATORS CAME UP WITH THE IDEA OVER A TON OF GREEK FOOD (AND WINE)

It's true. According to their website, the co-creating friends went out for dinner, and an idea was born. We love anything that shows mothers have nights out with friends, get a little tipsy, have big ideas, and you know, are generally awesome people.

3. THAT DOCTOR PART ISN'T A JOKE

Sure she calls herself "Dr Shoemom" after her shoe and child foot development website, but Dr. Sylvie is the real deal. She graduated from the New York College of Podiatric Medicine, completing her residency in the Empire state before heading for the Golden Coast and settling in California. Let's hear it for women in the sciences, ya'll.

But will all of this be enough to melt Mr. Wonderful's iron heart?

Only the sharks know for sure.

More like this
The Richest 'Bling Empire' Cast Member Is...
By Hugh McIntyre
5 Crystals To Manifest More Money
By Megan McCarty
What Is Barack Obama’s Net Worth? He Makes *Way* More Now As An Ex-President
By Hugh McIntyre
'Doctor Strange 2' Star Benedict Cumberbatch’s Net Worth Is Not An Illusion
By Hugh McIntyre
Get Even More From Bustle — Sign Up For The Newsletter