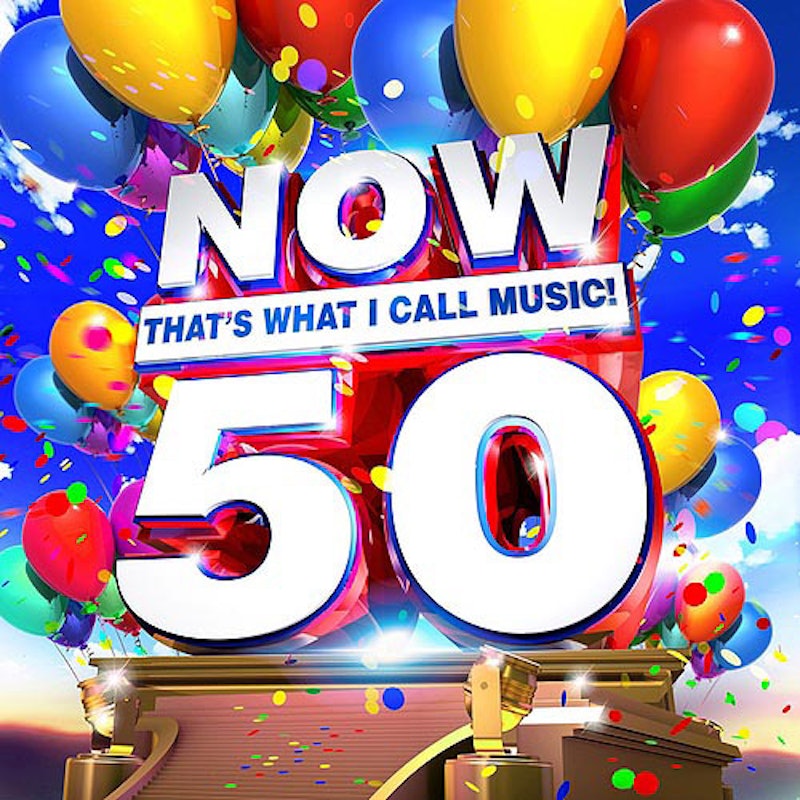 Remember the television commercials for Now That's What I Call Music!? The incredibly excited announcer? The hype for a CD that's essentially a slice of what's been playing on the radio incessantly for the past month? The badly animated transitions between clips from music videos? It seemed like a new CD came out every other week. Well, it seems like that's kind of true. Although the Now series only began in the US in 1998, they've put out at least two albums out every year since. What's more, the series is actually based off of a British series of CDs that's released 87 so far. Now, only 16 years after the series premiered in the United States, they've racked up 50 releases.

The albums may not hit platinum anymore, like they did back in the days when people still actually bought CDs, but the series has managed to top the Billboard Top 100 18 times in the meantime. So let's look back at the good days, shall we? Travel back in time to the first three releases of series, when butterfly clips constituted a good hairstyle and snap bracelets weren't yet banned...

The Ones You Forgot About: Fastball, "The Way"; All Saints, "Never Ever"; Tonic, "If Only You Could See"

The Outlier: Radiohead's "Karma Police." Not that it's a bad song, but the general consensus always seemed to be that mainstream radio forgot about Radiohead after "Creep."

The Ones Still Stuck in Your Head: Britney Spears, "...Baby One More Time"; Fatboy Slim, "Praise You"; Semisonic, "Closing Time"

The Ones You Forgot About: Blackstreet & Mya featuring Mase and Blinky Blink, "Take Me There"; Cake, "Never There"; R. Kelly, "When a Woman's Fed Up"

The Ones Still Stuck in Your Head: Smashmouth, "All Star"; blink-182, "What's My Age Again?"; Enrique Iglesias, "Bailamos"

The Ones You Forgot About: Chante Moore, "Chante's Got a Man"; Oleander, "Why I'm Here"; Case, "Happily Ever After"; Ideal, "Get Gone"

The Outlier: All of the forgettable R&B. Does anyone remember Chante Moore, Case, or Ideal? How did they make the cut in a year that produced "Doo Wop (That Thing)" by Lauryn Hill and "No Scrubs" by TLC?

The Ones You Forgot About: Joe, "I Wanna Know"; Sonique, "It Feels So Good"

More like this
The Britney Spears Disney Princess Musical Is Finally Opening On Broadway
By Jake Viswanath
This James Bond Event At Abbey Road Studios Was A 007 Fan's Dream
By Samantha Rollins
These 'Criminal Minds' Throwback Photos Show The Cast’s 17-Year Evolution
By Grace Wehniainen
These ‘Love Actually’ Plotlines Are “Out Of Date,” According To Director Richard Curtis
By Grace Wehniainen
Get Even More From Bustle — Sign Up For The Newsletter