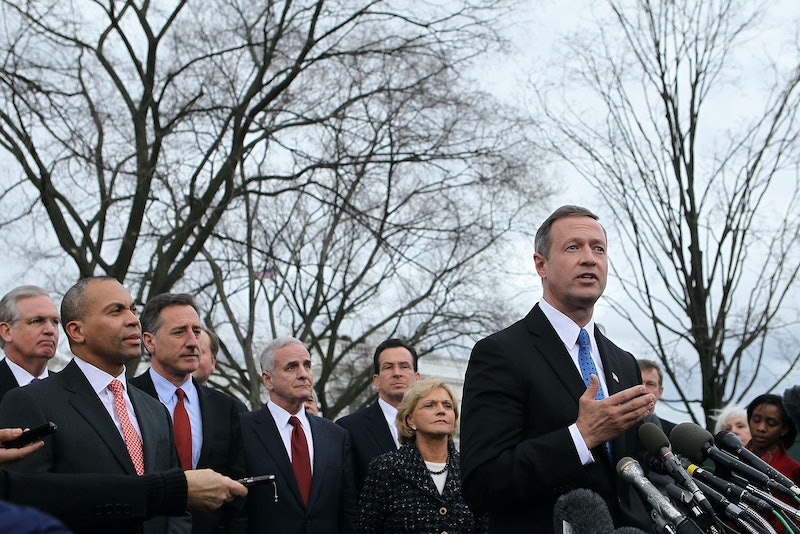 Missouri's Republican-controlled House approved a problematic piece of legislation Wednesday: Missouri's HB1307 bill would require women to wait three days before getting an abortion. The 72-hour waiting period would make Missouri only the third state — joining Utah and South Dakota — to impose such a time frame, and make it even more difficult for women in the region to have access to abortion services. The Senate already gave their thumbs up on the legislation earlier this week, so all's that left is for Gov. Jay Nixon, a Democrat, to sign.

The outlook isn't hopeful, since Nixon has previously allowed other abortion restrictions to come into effect without his signature. Should he approve it, Missouri's abortion wait-time would triple — it currently has as a one-day time frame between a woman's first consultation and the procedure, similar to the abortion policy in 23 other states.

The waiting period under current and proposed legislation doesn't apply when doctors deem it a medical emergency, but women do still have to wait in cases of incest and rape. But the new bill, HB1307, would make women jump through even more hurdles to get an abortion, since Missouri only has one clinic in the entire state that provides such services.

Before the House passed the bill, demonstrators participated in a 72-hour "filibuster" in protest of the legislation, sharing their abortion stories. Opposers of HB1307 argue that a woman would have to make multiple trips to the facility and pay additional costs for travel and accommodations as a result of the three-day wait time, since the Planned Parenthood in St. Louis is the only available location. In short, you'd have to trek up to 300 miles in one week to get an abortion.

Still, HB1307 isn't the only abortion-related law Missouri lawmakers are mulling over. There are more than 30 restrictions up for debate, all for the sole clinic in the state. The limitations include four yearly inspections for the facility, allowing health professionals to deny abortion care or emergency contraception to women based on moral objections, and requiring doctors to show patients a state-mandated video about the risks of abortion after the ultrasound.

It's all in addition to the difficulties women in the state already face when it comes to the procedure. In 2011, 97% of the Missouri's counties had no abortion clinic, and 74% of Missouri women lived in these areas.

Some of the bill's supporters have faced backlash for backing it, including Republican Rep. Chuck Gatschenberger, who seemingly likened the decision of having an abortion to that of buying a car. Because, yeah, it's totally the same thing.

“In making a decision to buy a car, I put research in there to find out what to do," Gatschenberger said at an April hearing.

The governor says he'll review the extended waiting period and "act in a manner consistent with his other actions on abortion legislation," the Associated Press reports. If history is any indication, we're betting he'll let it slide by without putting that pen to paper.