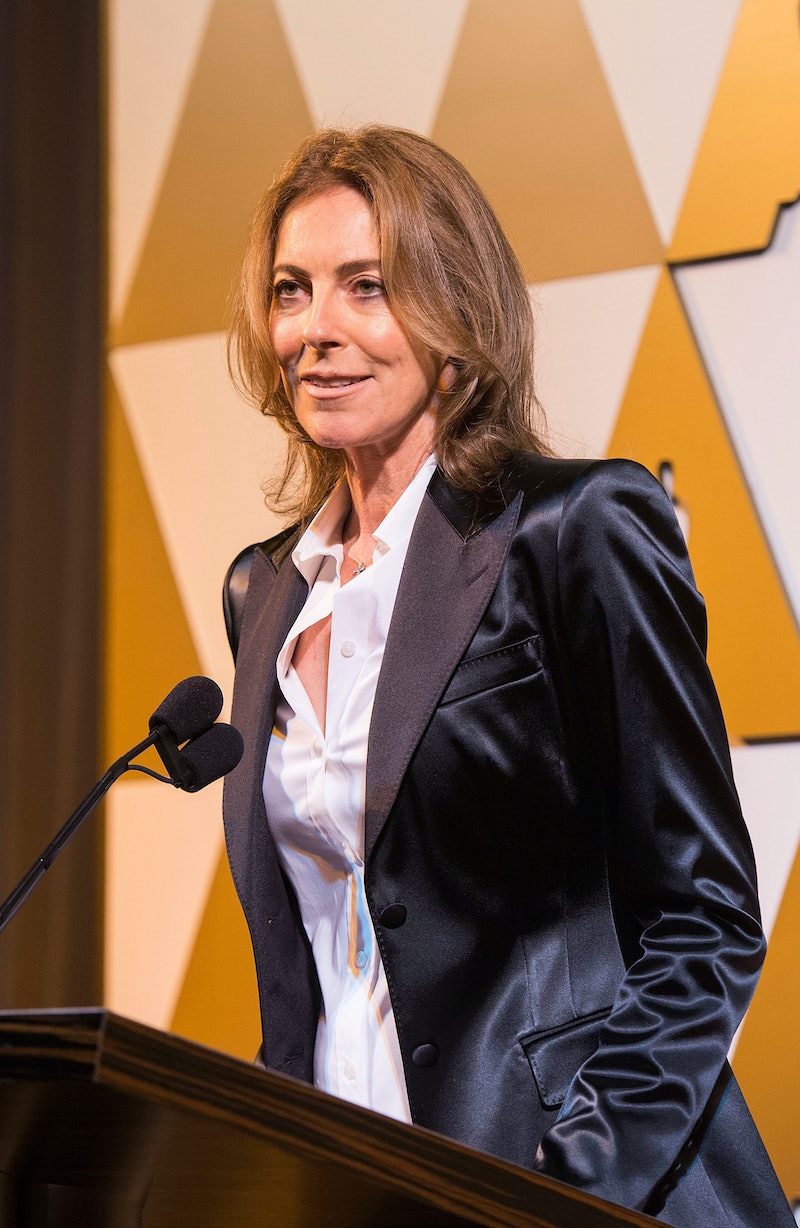 Kathryn Bigelow has swept award shows and wooed critics with her past two films, The Hurt Locker and Zero Dark Thirty, and her latest venture seems equally as Oscar-ready: it's based on the recently released nonfiction book The True American and Bigelow's adaptation will star The Dark Knight Rises actor Tom Hardy.

The plot of The True American is compelling and entirely in Bigelow's wheelhouse. It follows the story of two men: Rais Bhuiyan, a Bangledeshi American convenience store worker, and Texas day laborer Mark Stroman. After the attacks of Sept. 11, Stroman went on a killing spree, killing two immigrants and severely wounding Bhuiyan. Stroman was given the death penalty, but Bhuiyan publicly forgave him and actively worked to have him taken off death row. Although Stroman was executed in 2011 despite Bhuiyan's efforts, his forgiveness helped Stroman reverse his white supremacist beliefs.

Bigelow has a lot to bring to a film like this. Her last two movies have shown that she has a strong sensibility for navigating post-9/11 America. In Bigelow's films, there are no true villains or heroes. And often, those that we would typically identify as heroes have to sacrifice any semblance of a normal life, as well as their sense of morality, to do their jobs.

Yet, understandably, there are a lot of obstacles in addressing issues like these, especially when they're presumably stories based in reality. Like many films based on true stories, Bigelow's have often warped the truth for the sake of the narrative. This may be fine for a film like The Hurt Locker, when discrepancies with the truth will only affect the movie for those who have been through similar experiences. But in Zero Dark Thirty, it seriously affected the film's storytelling. Showing that information about bin Laden's whereabouts was obtained through waterboarding when it wasn't not only affected the perceived accuracy of the movie, but it confused the movie's message. Was Bigelow saying that the torture conducted in the name of national security was justified or not? Either way, the ensuing controversy from the waterboarding scenes obscured any statement Bigelow may have been trying to make.

This will be, arguably, Bigelow's least controversial subject in the past few years — it's hard to imagine any controversy springing from a strong story of reconciliation and forgiveness. While there's no question that Bigelow will bring her sensibility for gritty realism to the upcoming film, she'd do best to also learn from the mistakes of Zero Dark Thirty. This is still, after all, a true story, so if the story strays too far from the truth, it needs to do so with clear purpose. If Bigelow manages to accomplish this, The True American could stand with her recent works as classic artistic representations of the complexities of post-9/11 America.