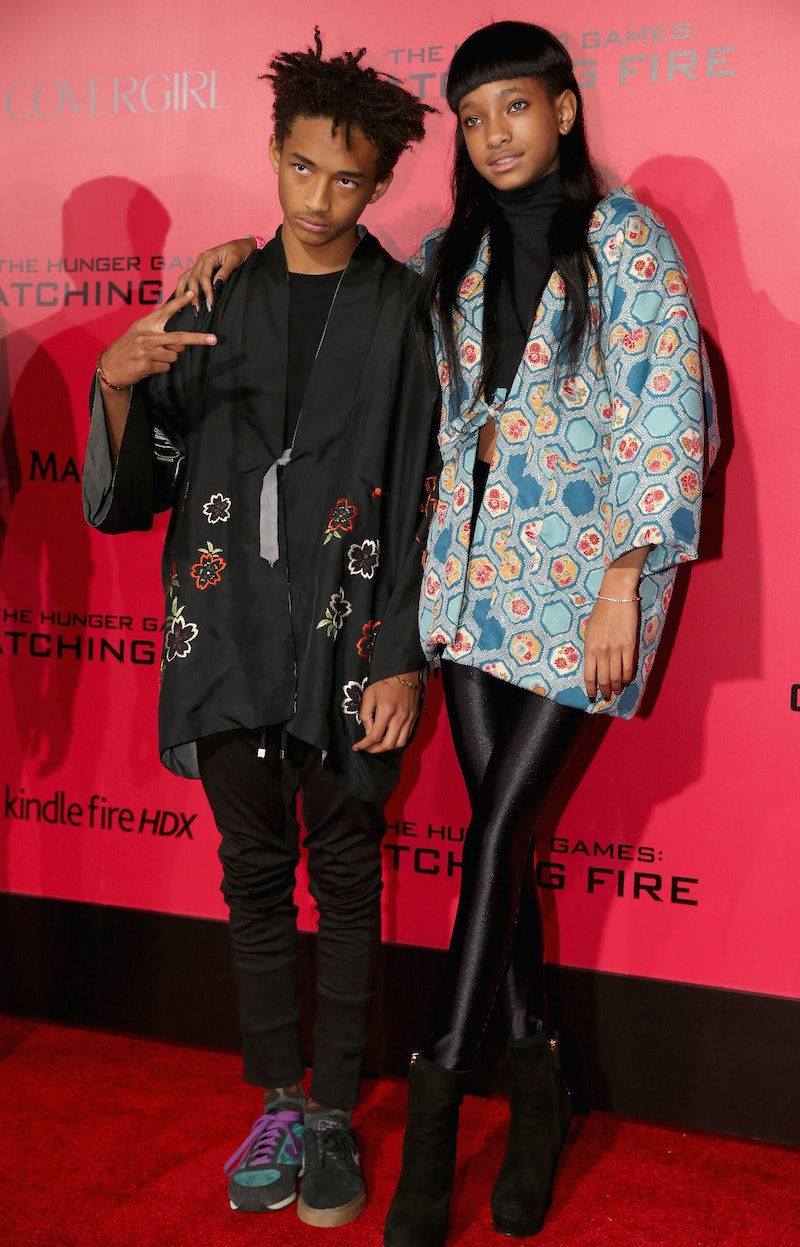 I know that Will Smith and Jada Pinkett Smith have a pretty non-traditional philosophy about raising their children, but now that their kids are seemingly following the teachings of a known bioterrorist cult leader, it might be time to step in. According to Star Magazine, and evidenced in photos on their Instagram accounts, Willow and Jaden Smith are involved in a cult. They aren't cult members per se, but they are reading books by cult leader Osho who was the head of a 2,000 member commune in the '80s. The commune eventually shut down because it participated in a bioterrism attack in which they gave citizens of a nearby town salmonella. According to his Wikipedia page, Osho's "teachings emphasise the importance of meditation, awareness, love, celebration, courage, creativity and humour: qualities which he viewed as suppressed by adherence to static belief systems, religious tradition and socialisation. [sic]" So yeah... hopefully, they're into the love and celebration parts.

They're also into making Orgonite crystals and the whole thing is very reminiscent of one Mr. Spencer Pratt. If you recall, when The Hills went really cray cray during its final season, Spencer became obsessed with healing crystals. If you watched The Hills during this time, you cannot see or hear about a crystal without thinking of Spencer Pratt. The Smith kids, and Kylie Jenner who is also in on this, might be too young to have watched the show and that's the problem. Hopefully at some point their parents have stepped in and said, "Hey, so ya know how your turning our backyard into a crystal building lab that resembles something out of Breaking Bad and studying the teachings of a cult leader? You're probably okay, but maybe we should have a talk about that."

As for Kylie, her brother Brody Jenner should give her the talk. He was former BFFs with Spencer, so surely he knows all about the crystals. Admittedly, Kylie is likely okay. From what I can tell she just thinks they make for cool Instagram pictures.

I'm sure that Star Magazine and Radar Online, who also reported on this, are blowing things out of proportion (phrases like "kiddie cult" are clues to that) and I know that teenagers like to experiment with different modes of thought and religions and that's totally cool. It's just strange to see a 13-year-old wearing goggles around cans of crystal building chemicals and reading a book written by a cult leader. Not so much because of the danger as because of the connection to Spencer Pratt. If you're channeling Pratt, you're on the wrong track.

Or maybe I'm just letting my Spencer Pratt crystal memory get the best of me. It was a very traumatizing experience for my generation.