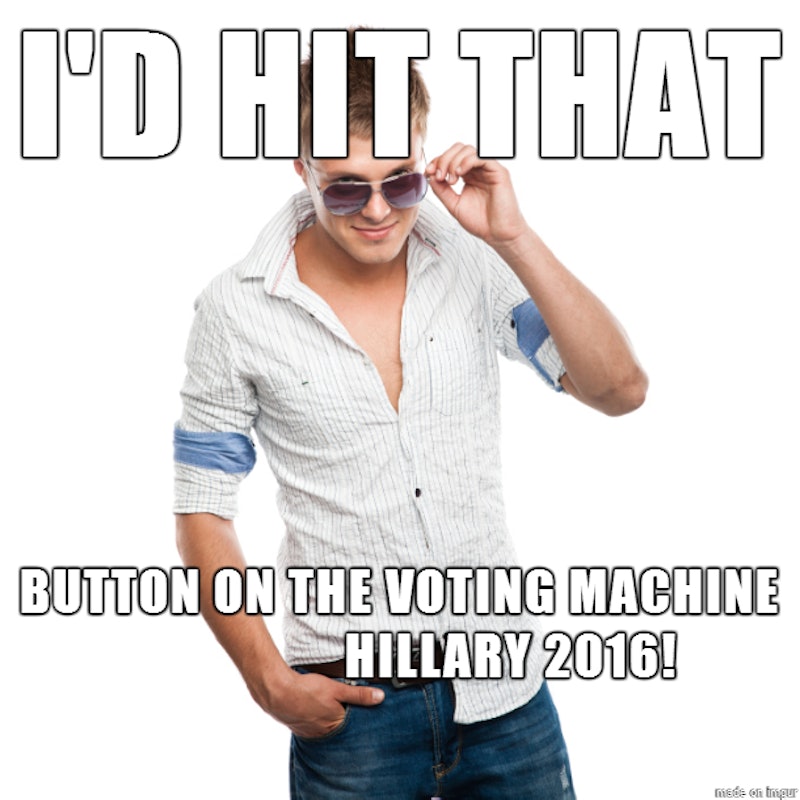 Finally, there's something almost as thrilling as all of the Ryan Gosling memes out there. "Feminist Frank" aims to provide a hilarious counterpoint to the sexism that women routinely encounter, doing so with some artfully crafted remarks. The meme predominantly features a dude resembling a frat bro, showcasing a cheeky grin and overexposed chest. He starts spewing cringe-worthy lines, but just when you think he's about to objectify women in a seriously obnoxious way...he's got a surprise in store.

I mean, Feminist Frank seems like an overall standup guy. Who can complain about a dude who advocates Hillary Clinton and wants to rid the world of sexual violence and male privilege? No one.

Even though it was spawned a mere two days ago, the meme has already generated much excitement on the feminist interwebs. The meme's growing popularity shouldn't be surprising. Everyone loves witty memes, but those that involve guys (and pretty attractive ones at that) make the world go round. And if you want, feel free to crop a photo of Ryan Gosling on Feminist Frank's head, because everyone's doing it.

Check out more more of the clever creations below:

You can even customize your own Feminist Frank meme if you have an Imgur account.