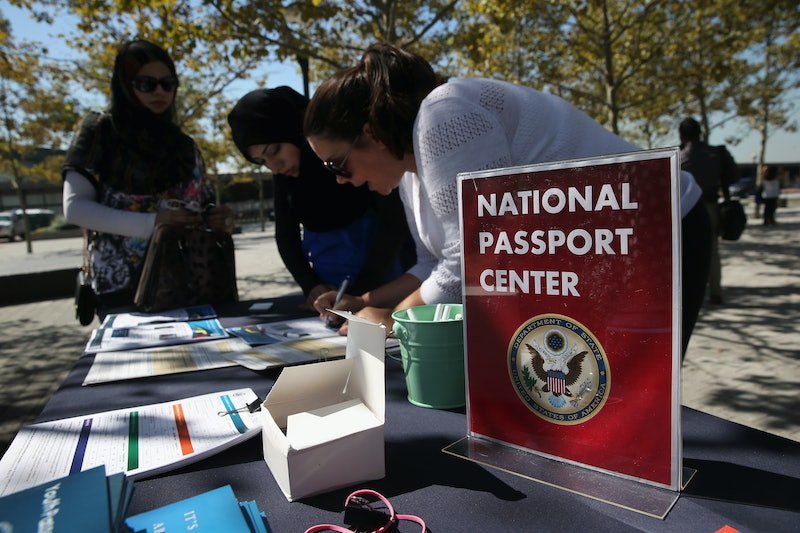 If ever there was an indictment of the government’s ability to keep its records straight, this is it. After living in the U.S. for almost 50 years, serving in the Army, casting votes in every presidential election since 1976 and working for the federal government for over two decades, Florida man Mario Hernandez has discovered that he’s not actually an American citizen. He’d gone his whole life believing that he was, and only learned the truth when, during preparations for a Caribbean cruise with his wife, he applied for a passport for the first time.

Luckily for Hernandez, he isn’t in danger of being deported. Cuban refugees in the U.S. aren’t eligible for deportation, and neither are military veterans. But he’s been stripped of the right to vote, and if he ever leaves the country — for example, on a Caribbean cruise — he can’t come back.

“I thought I was a citizen — I’ve always been proud of being a citizen,” said 58-year-old Hernandez. “This has really messed with my head.”

Hernandez came to the country from Cuba with his family when he was nine. Upon arriving in Miami, he was handed a parole document, standard practice for Cuban refugees. At that point, he would have been eligible for U.S. citizenship in five years — but his parents never filed the necessary paperwork. As is, that parole document is the only documentation he has.

And yet, over the last 49 years, Hernandez has voted in presidential elections, paid taxes, and worked for no less than three government agencies, including the Department of Justice. He spent 22 years as an employee at the Bureau of Prisons, and was tasked with keeping watch over numerous high-profile prisoners, including the Oklahoma City bombers. Unsurprisingly, that position required U.S. citizenship, and Hernandez underwent a background check every 5 years; somehow, though the system never picked up on the fact that he wasn’t a citizen.

In March, he requested U.S. citizenship, but was denied. That case was later reopened, however, and is still pending.

More like this
Photos Of Boris Johnson Drinking At A Downing Street Lockdown Party Have Surfaced
By Bustle UK
President Zelensky Spoke Out On Ukraine's Chances Of Hosting Eurovision Next Year
By Sam Ramsden
Taylor Swift, Kerry Washington & More Speak Out On Uvalde Mass Shooting
By Jake Viswanath
The Church Of Scotland Votes To Allow Same-Sex Marriages
By Sam Ramsden
Get Even More From Bustle — Sign Up For The Newsletter