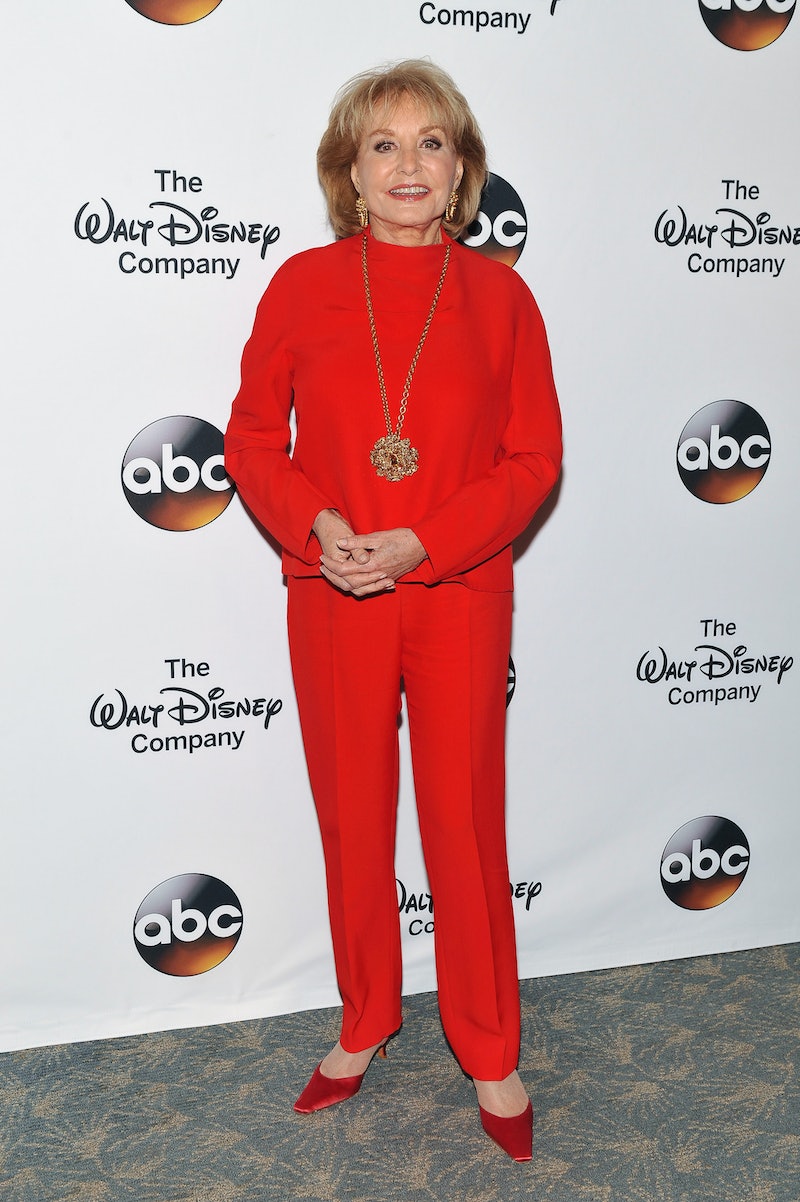 As you may have heard, after over 50 years in the biz, Barbara Walters is retiring from journalism. Walters will step down from her hosting job on The View on Friday, May 16 and while she isn't cutting ties to television entirely — she'll still executive produce The View and occasionally stop by for special reports on ABC News — Walters' voice and skill will no longer chronicle the major events of our lives. Upon hearing that Walters as been reporting for 50 years, you may have been surprised. For one, because it brings up the question of her age: She's 84! And for two, because you want to know what she looked like as a young reporter back in the day. We've dug up some old pictures of Barbara Walters to give you a look at one of the world's most well know journalists over the years.

For a little history on Walters' career, Walters started her television journalism career at the Today show in 1961 where she was a "Today Girl" — women contributors who were often given "lighter" assignments including the weather. Walters soon moved up in the ranks and with in a year became reporter-at-large before officially becoming the show's first female co-host in 1974. Walters went on to host 20/20 and ABC News before co-creating The View in 1997.

In London with Angela Lansbury, 1966

More like this
Sandra Bullock, Girlboss Extraordinaire
By Matt Harkins & Viviana Olen
The Grey's Anatomy Season 18 Finale Finally Revealed If Japril Got Back Together
By Brad Witter
Everything To Know About 'Grey's Anatomy' Season 19
By Brad Witter
Britney Spears Met The Weeknd & Sam Levinson, So She May Actually Be On 'The Idol'
By Jake Viswanath
Get Even More From Bustle — Sign Up For The Newsletter