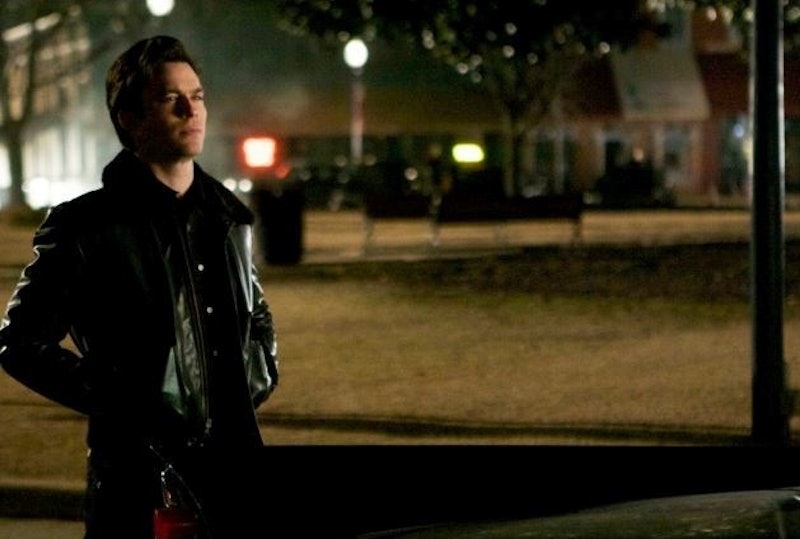 If you haven't seen Thursday's episode of The Vampire Diaries, then your spoiler alert senses should be tingling and warning you to click away now. Seriously, if you don't want spoilers, then leave this article right now. On Thursday, The Vampire Diaries has killed off Damon Salvatore in a move that would be more alarming if we didn't know that Ian Somerhalder has a contract at least through season six. Even with that knowledge, the fact that Damon is dead and too much time in season six will be devoted to (hopefully) bringing him back is upsetting.

Let's be honest. Stefan Salvatore had to work to gain our interest on TVD, but Damon Salvatore has always only had to work to lose it. From his very first scene, he was stealing the show and proving himself to be about ten thousand times more interesting than his more conventional, good guy, brooding brother Stefan. Damon was a vampire who embraced everything that came with being a vampire and he's been driving the plot along from day one. Opinions vary on which of the many, many atrocities he's committed on the show make him unworthy of all of the love he gets from fans, but whether you love him or hate him the fact still remains that Damon is usually all people can talk about.

The Vampire Diaries may have killed him off for now, but there's no question that they're going to bring him back. They have to bring him back. Although Damon dies in the books, The Vampire Diaries has proven time and time again that it exists in an alternate continuity from the book series and thus is not beholden to those rules. The only way season six is going to be the last season of TVD is if they do decide to keep Damon on The Other Side because, quite honestly, Damon is one of the most interesting characters on the show.

In fact, there are an endless amount of reasons why TVD wouldn't be quite the same show without Damon Salvatore.

He gets all the best lines.

He gives us our shirtless scene fix.

Delena is so endgame it hurts.

His best bro got to come back.

His actual bro got to come back.

The fans will never get over it.