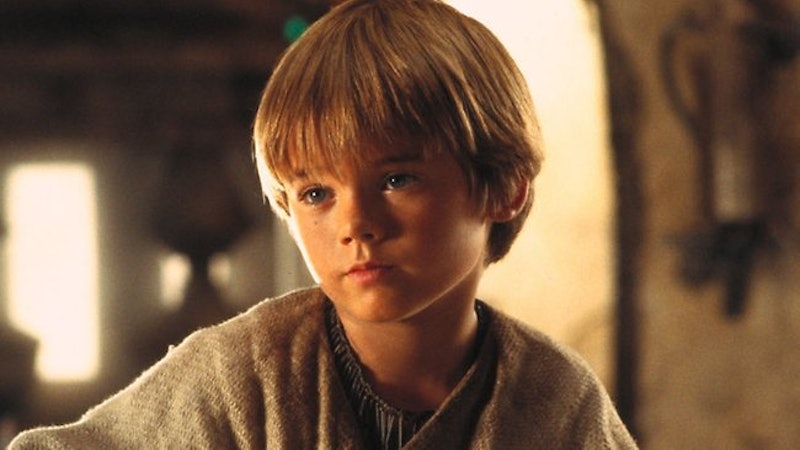 Young Anakin Skywalker captivated a nation with his Star Wars: Episode I - Phantom Menace debut, but what's happened to the actor Jake Lloyd since then? Lloyd was a pretty big child actor, appearing on the TV show ER and alongside Arnold Schwarzenegger in the Christmas film Jingle All the Way. His Star Wars film credit was poised to launch his mainstream career even further but Lloyd has quit acting for good in the years since the film's release. Since Phantom Menace's 1999 premiere, Lloyd has only one more acting credit under his name for a small role in the 2005 film Madison. In the last nine years he's quit acting completely and he blames Star Wars for his choosing obscurity.

While most of the Phantom Menace actors were adults, with years of experience under their belts, Lloyd was only 10 at the time and suddenly found himself at the center of the world's culture at a very young age. "My entire school life was really a living hell, and I had to do up to 60 interviews a day," Lloyd said in a rare 2012 interview. In addition to the media circuit, Lloyd faced troubles in the classroom. "Other children were really mean to me. They would make the sound of the light saber every time they saw me. It was totally mad," he revealed. It was directly because of this experience that Lloyd changed from the curious young boy in the Star Wars film:

To who he is today:

After renouncing acting for good, the now 25 year old Lloyd turned his attention to working behind the camera, rather than appearing on screen. He recently finished studying film and psychology at Chicago's Columbia College with a focus on film editing. He does stay active in the sci-fi world though, often making the rounds at conventions. But he usually shows up as a fan himself, and doesn't like constantly being associated with the movie, as evidenced in this Australian interview:

But it's not that Lloyd has turned into a jerk and turned his back on the franchise entirely. While he's said he thinks George Lucas failed to "meet the standards of the public" with Phantom Menace, he's also said he wouldn't go back in time and reverse the decision to be in the film. "Sitting in the podracer was kind of cool," he admitted. He also still plays some of the Star Wars video games.

But these days Jake Lloyd has found a passion in film editing and while he may be done acting for good, it seems we may see his work on movies again someday.