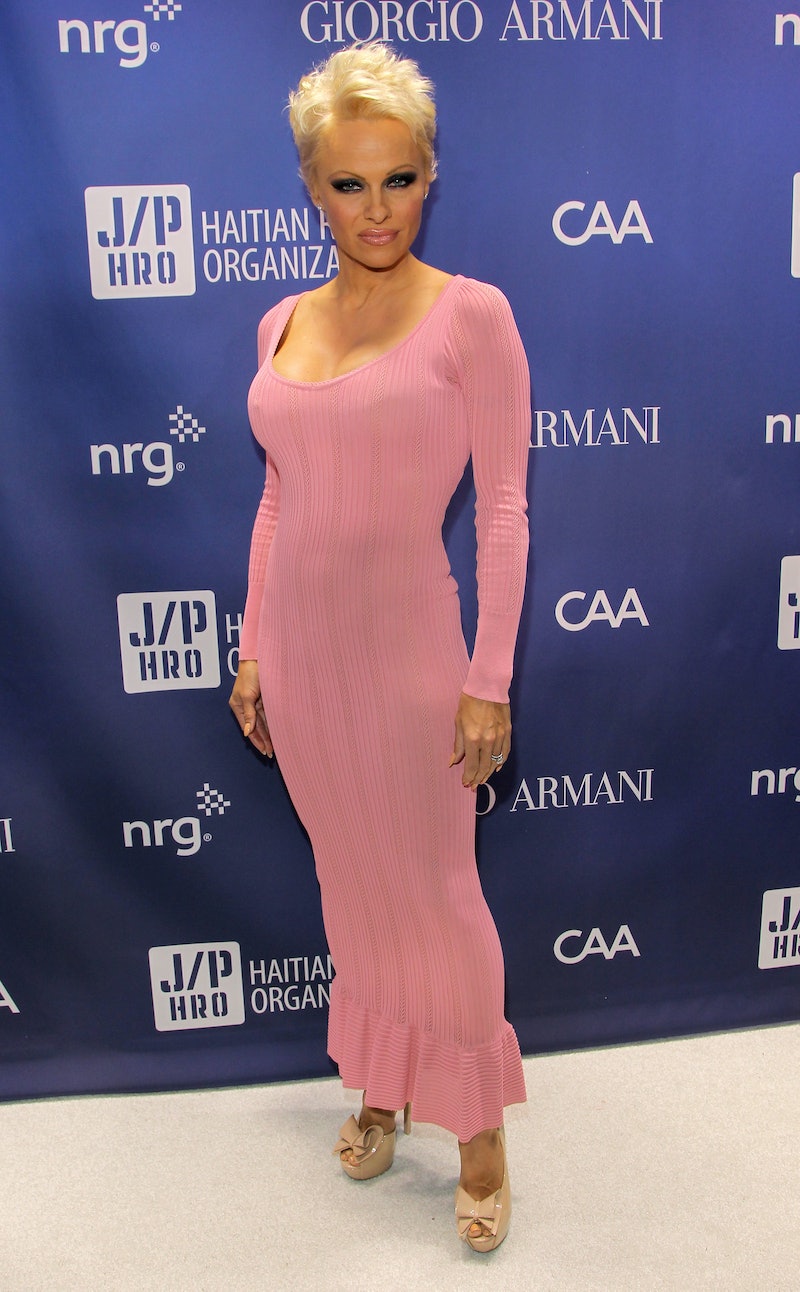 This celebrity made a shocking announcement that's both sad and unsettling: Pamela Anderson was a sexual abuse victim, and she opened up about it at the launch of The Pamela Anderson Foundation, which advocates animal rights. The star's story is heartbreaking, and what's even more heartbreaking is how long it took her to come forward about it, which serves as a reminder to us all that there are many women who are victims who are struggling to open up what has happened to them.

Anderson spoke about her sad, and unfortunately repeated, history at the Cannes Film Festival's event for her foundation:

I did not have an easy childhood. Despite loving parents, I was molested from age six by a female babysitter [...] I went to a friend's boyfriend's house and his older brother decided to teach me backgammon, which led into a back massage, which led into rape [...] He was 25 years old and I was 12.

Sadly, all of this continued. After she was gang-raped by a boyfriend and six of his cohorts, she admitted that she "wanted off this earth" — but something helped her. Her love of animals helped her pull through, and ultimately saved her, which explains why she chose to speak up about this history at the launch of her organization.

She went on to say:

My affinity with animals saved me, they came to me naturally. The trees spoke to me. I wasn't sure why I was alive – a burning question, a quest [...] My loyalty remained with the animal kingdom. I vowed to protect them and only them. I prayed to the whales with my feet in the ocean, my only real friends until I had children.

It's devastating to hear that a woman who seems to be so confident was plagued with such trauma for so long, but it's encouraging to hear that she found something to help her feel as though she could heal and that she was able to break her silence.