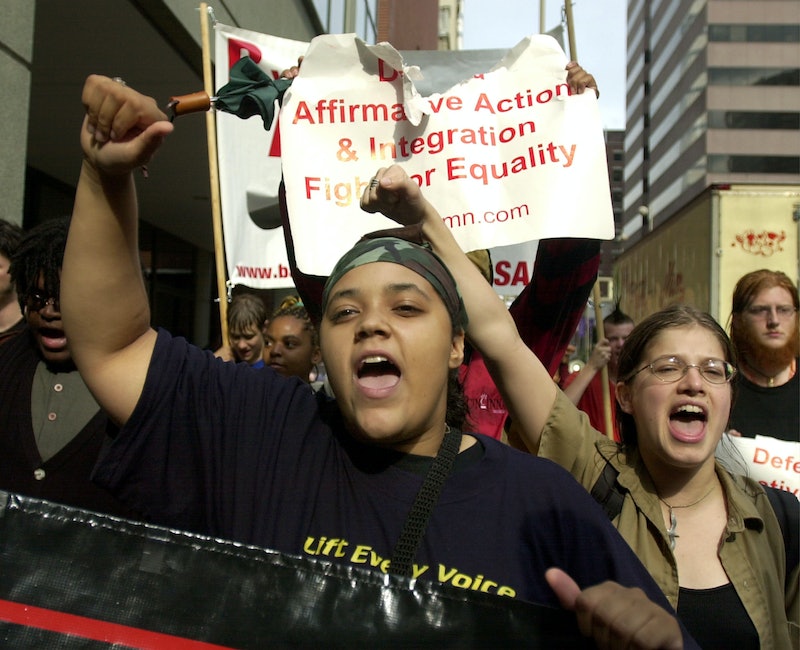 What are millennials' attitudes towards race and racism? Well, surprisingly (or not) it's MTV who has the answer. The network most associated with music videos and reality shows has quietly been conducting its own research on how young people are “experiencing, affected by, and responding to issues associated with bias.” And it turns out that in some ways millennials are remarkably progressive in racial issues, while in others...not so much.

Overall, the findings show that millennials are much more likely to believe in racial equality than previous generations, and a full 91 percent say that all people should be treated equally regardless of race. However, millennials also feel that racism is a thing of the past, are uncomfortable with actual conversations about race, and think that everyone should just be "color blind." In other words, race and its very real implications in our society are things that (primarily white) millennials would rather ignore than deal with. So there's that.

A lot of this may have to do with upbringing. Only 37 percent of millennials report that they grew up in a household where race was discussed, and most of those households were households of color. For white millennials, less than one third were raised in households where race was discussed, which might be why they are almost half as likely to acknowledge that white people as a whole have more opportunities than other racial groups – and why they report not being sure how to tackle bias when they see it.

In a world where our understanding of racism still relies on examples from the Civil Rights era as opposed to delving into the subtler but still crushing inequalities present today (or the historical context responsible for these problems), it's unsurprising that young people aren't sure how to discuss race or how to tackle inequality. After all, young people haven't been given much of a framework for understanding modern iterations of racism, yet have been told over and over again that racism is bad. It makes conversations on the subject a daunting prospect.

There are bright spots from the MTV report, though. Even though most millennials, especially white millennials, see racial bias a thing of the past, 80 percent of respondents said that they would want to know if they had biases they weren't aware of, or if they had ever exhibited bias towards another person. Although I'd imagine many of these people wouldn't actually take too kindly to being confronted about their behavior in real life, this still shows that young people are aware racism can be insidious. And even though only 20 percent of millennials are comfortable having conversations about race, 73 percent think that having open and honest conversations about race and racism is a good thing.