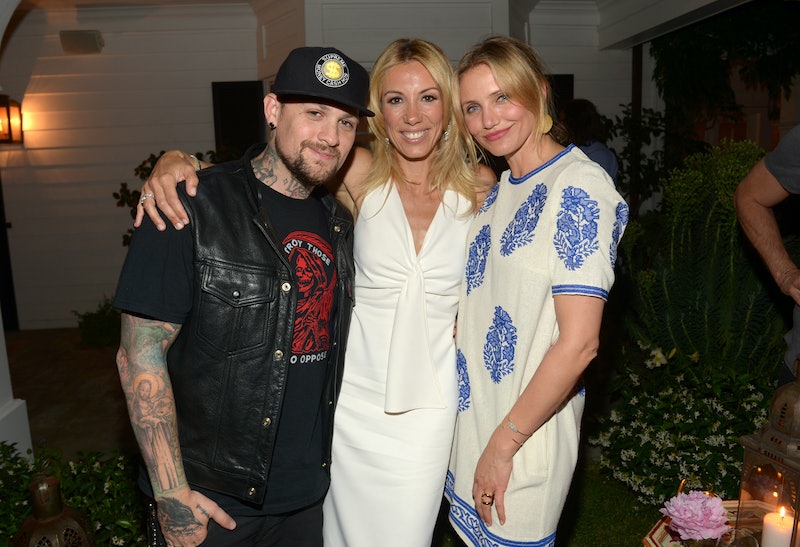 The latest alleged celebrity couple is, uh... surprising, to say the least. Ready for this?Cameron Diaz is allegedly dating Good Charlotte guitarist Benji Madden. According to reports Madden and Diaz have been spotted out around town with one another and have even been seen working out together, which might just be the most couple-y activity ever. Guys, this couple might really be a thing. And as weird as it is to even type out, they actually might make some sense.

Though the couple may seem surprising, these two seem to have a few good things in common. For one thing, they both share mutual friends. In fact, it was one of these friends who decided to play matchmaker to the actress and the rocker. Diaz is apparently good friends with Nicole Richie, Madden's twin brother Joel's wife. According to reports, Richie thought that Diaz and Madden would click and decided to set them up.

Sure, the couple seems kind of odd on paper. Diaz is the free-loving, body-hair-discussing, new-agey America's sweetheart. Madden is the rocker who has a tattoo of Benjamin Franklin that covers his entire back. I'm not saying that those types can't or shouldn't date one another, but they certainly don't look like a couple I would mentally pair off.

But maybe that's a good thing. They both have very different "looks," but that doesn't make them fundamentally different people. We already know that they share some of the more important traits that matter in a relationship. Both clearly move to the beat of their own drummer and seem pretty disinterested in the whole "Hollywood" thing. Though both have dated some very high-profile people in the past — Madden dated Paris Hilton and Diaz has dated a slew of uber-famous guys like Justin Timberlake and Alex Rodriguez — they seem to be keeping their current relationship low-key. Who knows? Maybe this new romance will bloom into something bigger.