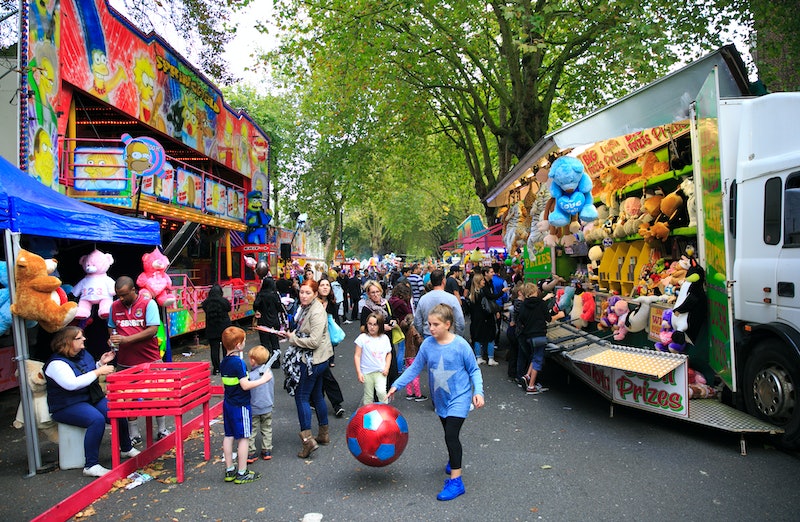 I thought ADHD was just a hyper-kid thing. It's like everybody has ADHD now, right? But adults don't have it, do they? The only thing I know about ADHD is that my friends take Ritalin and don't actually have ADHD.

Still, there are often huge barriers to getting assessed, diagnosed, and treated. There is also an uneven level of knowledge about ADHD and its “subtypes,” and the process for diagnosing the disorder is not uniform among mental health and medical clinicians.

There is also stigma — ADHD is one of the worst-named disorders in the book. There is no “deficit” of attention. It's a matter of difficulty in shifting attention or withdrawing it from one activity to another. It's much more about problems with motivation, initiation, and follow-through than “not having attention.”

In order to combat some of these myths for Global ADHD Awareness Month, here are some common questions and misconceptions about ADHD, answered.

Is ADHD being over-diagnosed?

In many social and geographical locations ADHD is under-diagnosed because it is still poorly understood, despite good research on the disorder. For example, people who have ADHD often have an accompanying mood or learning disorder and it can be hard to tease apart whether the person just has anxiety, depression, a learning disability, ADHD, or all four. Race and sex bias are evident in diagnosing, treating, and assessment of ADHD.

Is it all the conspiracy of big pharma?

That said, reimbursement patterns in our healthcare system also contribute to both the normative and over-diagnosing of ADHD. One of the “benefits” to something becoming a disorder recognized in the DSM (Diagnostic and Statistical Manual of Mental Disorders) is that insurance companies will cover treatment for the disorder, so doctors get paid if they are assessing and treating the disorder. As most state Medicaid programs also started covering the ADHD diagnosis in the 1990s, more kids could get assessed and treated, and more doctors could get paid.

Perhaps most important, in the last few years, some of the country's top experts in ADHD have provided strong evidence that economic pressures and government policies that direct dollars to school districts based upon the diagnosis account for the biggest spikes in ADHD over-diagnoses and mis-diagnoses. One of those researchers, Stephen Hinshaw, Ph.D., head of Psychology Department at University of California, Berkeley, has just released a thorough and provocative exploration of the economic motivations behind the over-diagnosing of ADHD .

Do people grow out of ADHD?

We don't age out of ADHD, because that isn't how the disorder works. ADHD is a disorder of childhood onset, which means that if it wasn't present in childhood, it can't just magically show up in adulthood. The problem is, though, that it can appear one way in childhood (as a predominantly hyperactive presentation), and shift with the onset of puberty and into later adolescence (as a predominantly inattentive presentation).

There is no true subtype of ADHD, because the presentation can and does change over a lifetime. “Symptoms” that were present in adolescence can shift into adulthood and no longer interfere with functioning in the way they did when high-stakes testing and performance pressure centers around test-taking.

But that doesn't mean the person isn't suffering in relationships or at work and still having symptoms of ADHD. Put a hyperactive, argument-prone, super-intelligent young woman or man on the trading floor of the stock exchange or into a sales position, and they might shine. ADHD gone, right? Of course not. It may just be that the person has found a context that helps mitigate some of their the difficulties with ADHD.

does all the technology we use cause ADHD?

Does digital media use cause ADHD? Right now there is no strong scientific evidence for this claim. Digital media use in excess might exacerbate the problems associated with ADHD. But at times, it might also alleviate some of the problems. The use of digital media in learning contexts may facilitate positive performances with kids who have ADHD and, on a dime, it can turn so that the very technology that is facilitating engagement and interest becomes sort of indiscriminately or obsessively used, undermining performance. In other words, it's a case-by-case basis. It's complicated.

Why is ADHD more common among males than females?

First, ADHD shows up differently in males and females. ADHD is more common among males and under-diagnosed among females, who tend to have the “Inattentive Type” of ADHD. Because of our still inadequate responsiveness to females who are dealing with ADHD, we can misunderstand them as suffering from behavioral oppositionality, drug use/addiction, or withdrawal from academic pursuits without addressing the underlying ADHD.

As to why boys might get ADHD more than girls, I think we have to understand something about heritability, which is a complicated topic. ADHD is a highly heritable disorder. For ADHD, the variability in the male population due to genetics is about seventy to eighty percent. Boys are often more “vulnerable” to disorders and diseases in general, due to the genetics associated with being male.

How do I know whether I have ADHD?

We know a lot about ADHD. It is a heavily studied neuropsychological disorder with wide-ranging consequences with a well-documented, growing body of research on impairment associated with ADHD, well into adulthood.

But if you're an adult dealing with ADHD, it doesn't help to wonder whether what you're struggling with is "real," when what you need is real help. If you're in your twenties and are wondering whether you might have ADHD, two good places to start are the National Institute of Mental Health website outlining some of the signs and symptoms of ADHD and Gina Pera's website ADHD Roller Coaster. If you read Gina's site and it sounds like you, maybe its time to take your struggles more seriously and consult a professional.