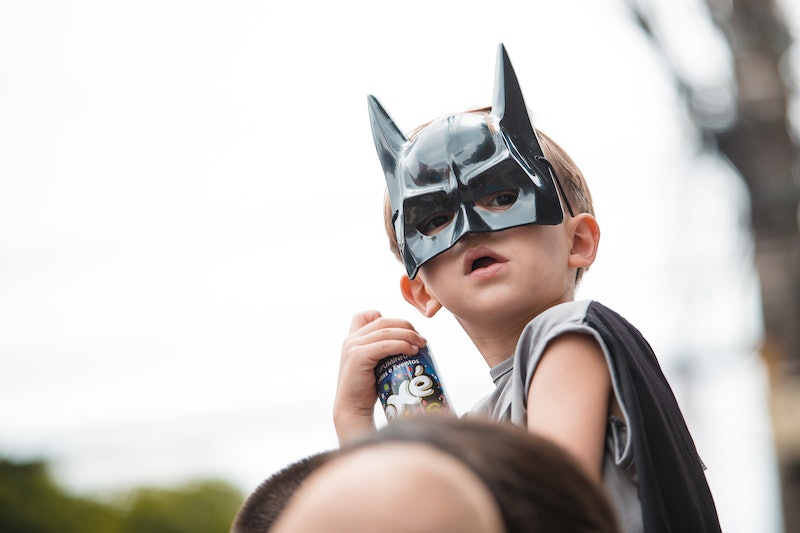 For centuries, writers have been trying to capture that feeling of aging and getting older. Sometimes it's a good feeling, coming to understandings about yourself and the world. Sometimes it's less than awesome, longing for the carefree joys of childhood, as nostalgic and misremembered as they may be.

The feeling of growing up is all twisted and warped around the idea of identity, about who we are as people, which is one of the most common themes of literature of all time. And sometimes there are these writers who just dig right in to your soul and get at the very heart of what you're feeling. They might not even be the ones who are writing those typical coming-of-age stories, but they have experienced these feelings themselves.

If you seek understanding on these complicated emotions, you won't have to go much further than the library or even your own bookshelf, because these 22 quotes about growing up come from classic and contemporary writers.

1. "He wanted to care, and he could not care. For he had gone away and he could never go back anymore. The gates were closed, the sun was down, and there was no beauty left but the gray beauty of steel that withstands all time. Even the grief he could have borne was left behind in the country of youth, of illusion, of the richness of life, where his winter dreams had flourished."

―J.D. Salinger, The Catcher in the Rye

3. "My Dear Lucy, I wrote this story for you, but when I began it I had not realized that girls grow quicker than books. As a result you are already too old for fairy tales, and by the time it is printed and bound you will be older still. But some day you will be old enough to start reading fairy tales again."

―C.S. Lewis, Dedication, The Lion the Witch and the Wardrobe

4. "Youth was the time for happiness, its only season; young people, leading a lazy, carefree life, partially occupied by scarcely absorbing studies, were able to devote themselves unlimitedly to the liberated exultation of their bodies. They could play, dance, love, and multiply their pleasures. They could leave a party, in the early hours of the morning, in the company of sexual partners they had chosen, and contemplate the dreary line of employees going to work. They were the salt of the earth, and everything was given to them, everything was permitted for them, everything was possible. Later on, having started a family, having entered the adult world, they would be introduced to worry, work, responsibility, and the difficulties of existence."

—Michel Houellebecq, The Possibility of an Island

6. "When I was a girl, my life was music that was always getting louder. Everything moved me. A dog following a stranger. That made me feel so much. A calendar that showed the wrong month. I could have cried over it. I did. Where the smoke from the chimney ended. How an overturned bottle rested at the edge of a table. I spent my life learning to feel less. Every day I felt less. Is that growing old? Or is it something worse? You cannot protect yourself from sadness without protecting yourself from happiness."

7. "You just don’t notice the time of your own metamorphosis. Until you do. Every once in a while time dissolves and you remember what you liked as a kid. You jump on your hotel bed, order dessert first, decide to put every piece of jewelry you own on your body and leave the house. Why? Because you can. Because you’re the boss. Because… Ooooh. Shiny."

—Sloane Crosley, How Did You Get This Number?

8. "The place is changed now, and many familiar faces are gone, but the greatest change is myself. I was a child then, I had no idea what the world would be like. I wished to trust myself on the waters and the sea. Everything was romantic in my imagination. The woods were peopled by the mysterious good folk. The Lords and Ladies of the last century walked with me along the overgrown paths, and picked the old fashioned flowers among the box and rose hedges of the garden."

9. "I am not young enough to know everything"

10. "I walked over to the hill where we used to go and sled. There were a lot of little kids there. I watched them flying. Doing jumps and having races. And I thought that all those little kids are going to grow up someday. And all of those little kids are going to do the things that we do. And they will all kiss someone someday. But for now, sledding is enough. I think it would be great if sledding were always enough, but it isn’t."

—Stephen Chbosky, The Perks of Being a Wallflower

12. “I am convinced that most people do not grow up... We marry and dare to have children and call that growing up. I think what we do is mostly grow old. We carry accumulation of years in our bodies, and on our faces, but generally our real selves, the children inside, are innocent and shy as magnolias.”

―Maya Angelou, Letter to My Daughter

12. "When a child first catches adults out ― when it first walks into his grave little head that adults do not always have divine intelligence, that their judgments are not always wise, their thinking true, their sentences just ― his world falls into panic desolation. The gods are fallen and all safety gone. And there is one sure thing about the fall of gods: they do not fall a little; they crash and shatter or sink deeply into green muck. It is a tedious job to build them up again; they never quite shine. And the child's world is never quite whole again. It is an aching kind of growing."

13. "Another belief of mine: that everyone else my age is an adult, whereas I am merely in disguise."

14. “Parents rarely let go of their children, so children let go of them. They move on. They move away. The moments that used to define them ― a mother's approval, a father's nod ― are covered by moments of their own accomplishments. It is not until much later, as the skin sags and the heart weakens, that children understand; their stories, and all their accomplishments, sit atop the stories of their mothers and fathers, stones upon stones, beneath the waters of their lives.”

― Mitch Albom, The Five People You Meet in Heaven

15. “We’re not the Faster-than-the-Speed-of-Light Generation anymore. We’re not even the Next-New-Thing Generation. We’re the Soon-to-Be-Obsolete Kids, and we’ve crowded in here to hide from the future and the past. We know what’s up – the future looms straight ahead like a black wrought-iron gate and the past is charging after us like a badass Doberman, only this one doesn’t have any letup in him.”

16. "I think she is growing up and so begins to dream dreams, and have hopes and fears and fidgets, without knowing why or being able to explain them."

17. “It would be inappropriate, undignified, at 38, to conduct friendships or love affairs with the ardour or intensity of a 22-year-old. Falling in love like that? Writing poetry? Crying at pop songs? Dragging people into photobooths? Taking a whole day to make a compilation tape? Asking people if they wanted to share your bed, just for company? If you quoted Bob Dylan or TS Eliot or, god forbid, Brecht at someone these days they would smile politely and step quietly backwards, and who would blame them? Ridiculous, at 38, to expect a song or book or film to change your life.”

18. “They resumed walking. Alex felt an ache in his eyes and throat. 'I don't know what happened to me,' he said, shaking his head. 'I honestly don't.'Bennie glanced at him, a middle-aged man with chaotic silver hair and thoughtful eyes. 'You grew up, Alex,' he said, 'just like the rest of us.'"

―Jennifer Egan, A Visit from the Goon Squad

20. “'The problem with growing up,' Quentin said, 'is that once you're grown up, people who aren't grown up aren't fun anymore.'"