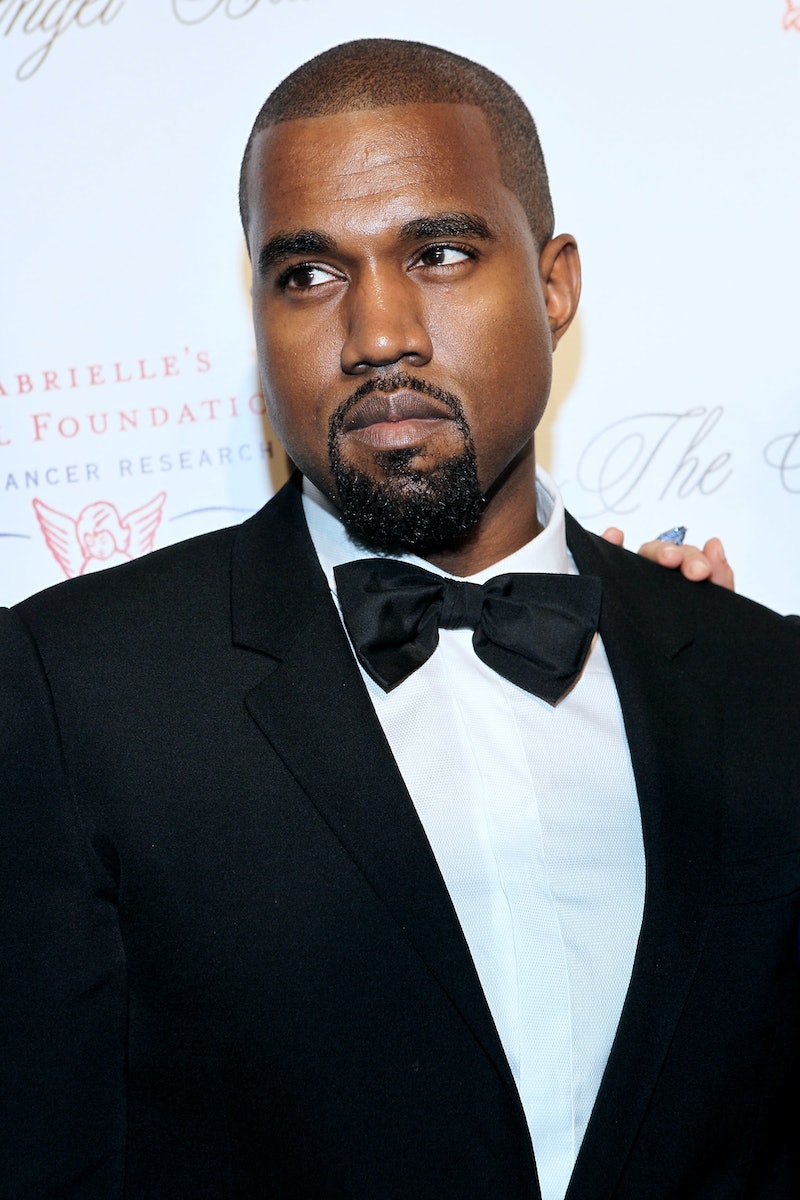 After watching clips of Kanye West performing at the Governor's Ball, I got the slightest inkling that we were watching a long-overdue God obsession flower into a full-blown God complex. There were signs that this was coming. "Diamonds From the Sierra Leone" from his album College Dropout spoke to an itty bitty Jesus fixation (remember the lyrics, "The preacher said we need leaders / right then my body got still like a paraplegic"), but with success and a bun in Kim Kardashian's oven, Kanye's made it official: He views himself as a God and so should we. Honestly, we should've known following that infamous stage-crashing moment — a real God would NEVER let T.Swift beat out Queen Bey for anything. Maybe Kanye's onto something.

After all, West named his new album Yeezus. Blatantly giving himself and Jesus a combined couple name and then using it as his album title is just overkill, but in case the whole Yeezus-Jesus thing went over our heads, West has a track on the album that is literally called, "I Am A God." (Excessive biblical allusions wouldn't have been enough.) Some sample lyrics from the song: "I just talked to Jesus, he said what up Yeezus / I said shit, I’m chillin’, trying to stack these millions." Because obviously, if Jesus met Kanye West, his first inquiries would be about his well-being and financial status.

The real issue here is not that Kanye thinks he's God, because that isn't really news to anyone who listens to Kanye West. It's that Kanye thinks he's God because he purports to no longer care about how many records he sells, or whether or not his new stuff gets played on the radio. In his klassic Kanye rant at the Governor's Ball, Ye said, "At this point I don't really give a fuck about outside opinion," which sounds suspiciously like me in high school, all "FUCK THE HATERZ" and whatnot. Not the strongest indication of godliness.

Additionally, why even bother cultivating this Godlike thing if your only concern as a God is getting things done for your faster? "Hurry up with my damn massage, hurry up with the damn Minaj, get my Porsche out the damn garage." I'll be the first to say it: If God is going to speak to me like that, I'm converting to Paganism.