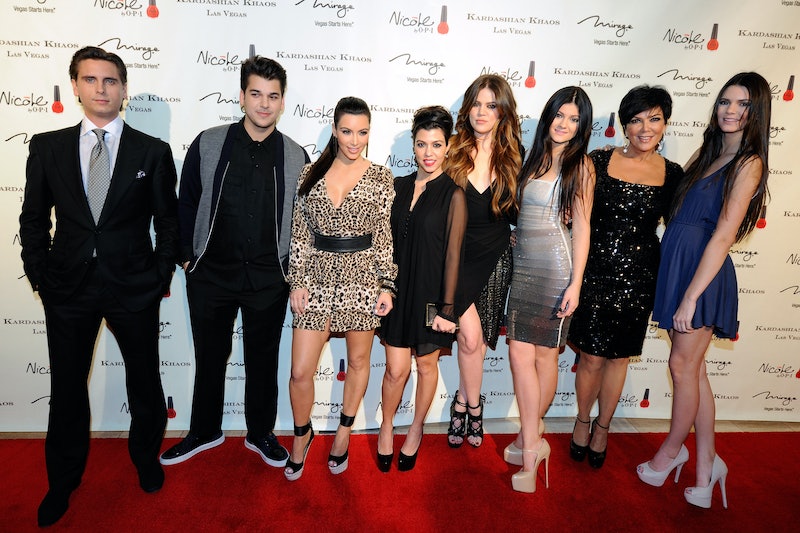 Rob Kardashian has already stood up for himself on Twitter after being horrifically fat shamed on Monday, and now his siblings are sharing their words of encouragement as well. The whole mess started when the Kardashian brother was spotted at the airport heading to his sister's wedding and was looking a little heavier than usual. Unfortunately his weight-gain brought out the worst in the Internet and the comments made about him were really, really terrible. Need an example? TMZ lead with the headline "Rob Kardashian Would You Like Chicken or Fish? (Or Both?)”

Fortunately Rob handled the mean-spirited comments well and responded to the criticism in a really calm, adult manner with a series of tweets. "Y'all must have run out of real news ... I'm aware that I'm fat that def aint a surprise to me lol and my only therapy will be in the gym anyways had to say somethingggggggggg," he said in a couple of the messages.

But he wasn't the only one on Twitter with something to say about his weight-gain backlash. Khloe Kardashian jumped online to tell her brother how much she loved him and to tell off the haters in her own series of angry tweets.

Kim Kardashian also posted this sweet picture of her brother:

Granted it was posted a couple of days before the controversy, but it's still nice to see Rob's sisters stand up for him and share their love.

It just goes to show that if you mess with one Kardashian, you get the whole family up in arms. After all, blood is thicker than water.

More like this
7 Kendall Jenner Met Gala Outfits That Belong In A Museum
By Allie Fasanella
Stormi Just Walked A Red Carpet With Mommy Kylie Jenner & Daddy Travis Scott
By Hugh McIntyre
Everything We Know About Chèrie & Jessey’s Abrupt Exit From Bling Empire
By Alyssa Lapid
Twitter Is Upset About The 'American Idol' Top 3 Results: "Who TF Is Voting?"
By Jake Viswanath
Get Even More From Bustle — Sign Up For The Newsletter